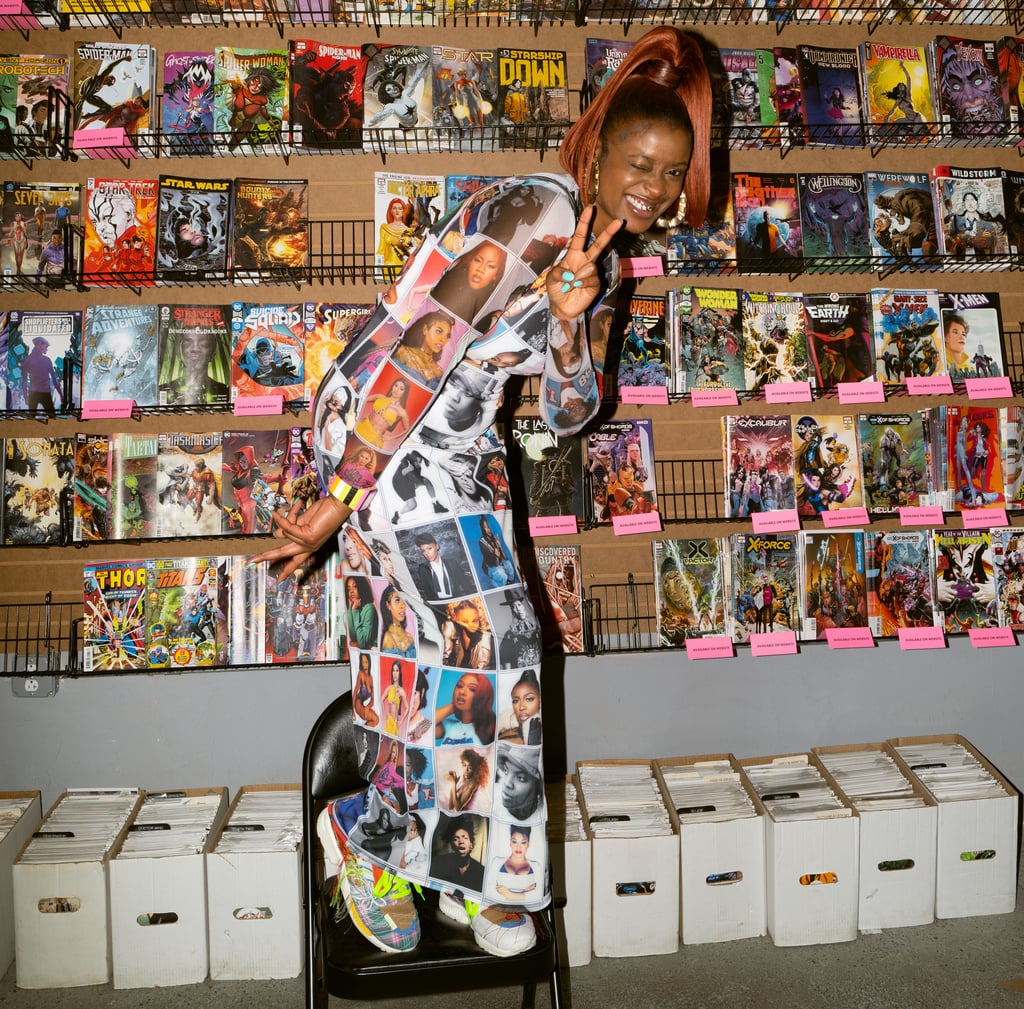 Rapper and R&B artist Tierra Whack, whose debut studio album Whack World came out in 2018, is celebrating Women's History Month in the best way. She collaborated with stylist Shirley Kurata (who most recently scored Selena Gomez a romantic Rodarte dress to wear in her "De Una Vez" video) on a design worth zooming in on. Frankly, that's the only way to appreciate this graphic midi covered in images of Mary J. Blige, Lauryn Hill, Beyoncé, Rihanna, Solange, Alicia Keys, Cardi B, Queen Latifah, Aaliyah, Megan Thee Stallion, Ciara, Missy Elliott, Janelle Monáe, Ashanti, and the list goes on . . . "HAPPY WOMENS HISTORY MONTH TO ALL THE AMAZING WOMEN WHO INSPIRE ME," Whack wrote on Instagram alongside an image of her dress, shot by her photographer Nick Canonica at Amalgam Comics & Coffeehouse in Philly.

Kurata confirmed to POPSUGAR that Whack wanted to create something meaningful to wear to pay homage to the Black women in music who have inspired her throughout her career. Kurata's husband Charlie Staunton, who runs the shop Virgil Normal, just so happens to be a graphic artist with the right talent for print composition, and the team brought the model to L.A. Roxx to be finalized and brought to life. Even though Nick's photo series certainly does the nostalgic and meaningful piece of clothing justice, it's also worth scrolling to see Whack's Instagram Story we captured — a close-up view of the fabric. Read ahead for more, and check out the special Adidas X Sean Wotherspoon ZX 8000 sneakers Whack and Kurata chose to finish off the look.