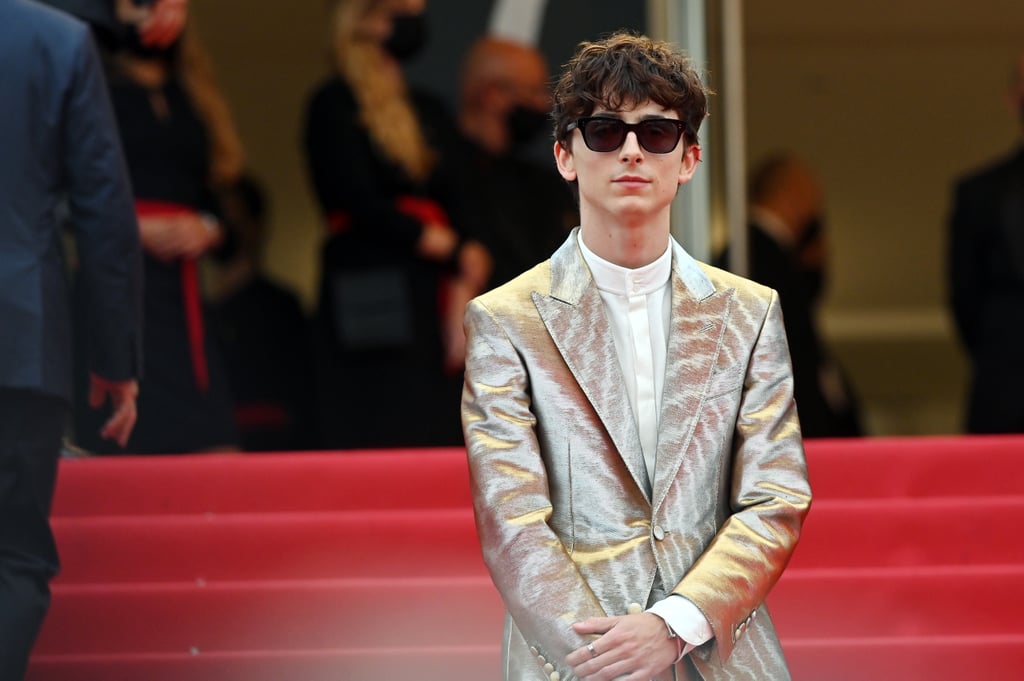 In a Sea Full of Black Suits at Cannes, Timothée Chalamet Said, "F*ck That," and Wore Silver

Whew, the Timothée Chalamet hive is eating well today! The handsome actor finally made his long-awaited Cannes red carpet debut on Monday, and his outfit was glorious enough to keep us stans satiated for the remainder of the week. While attending the premiere of The French Dispatch at the film festival, Timothée forwent the black color palette his costars stuck to and instead opted for a silver Tom Ford suit that appeared to be covered in a subtle zebra-print pattern. We've said it before, and we'll say it again: the guy knows how to make one hell of a fashion statement!

While Timmy's metallic tux certainly drew us in from afar, a closer glance at his accessories really made us weak in the knees. He styled his designer suit with a collection of silver Cartier rings and bracelets, white heeled boots, a banded-collar button-down, black sunglasses, and — are you ready to swoon? — not one but two cartilage earrings. Take an all-angles look at Timothée's internet-breaking Cannes ensemble ahead, and be sure to take an extra few moments to enjoy the snaps of him and his equally fashionable costar Tilda Swinton. 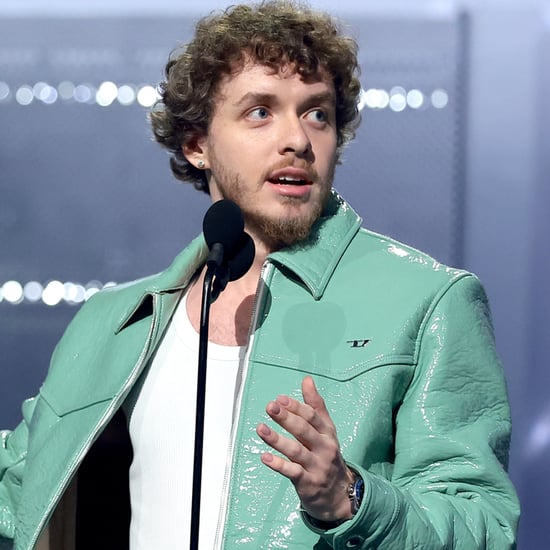 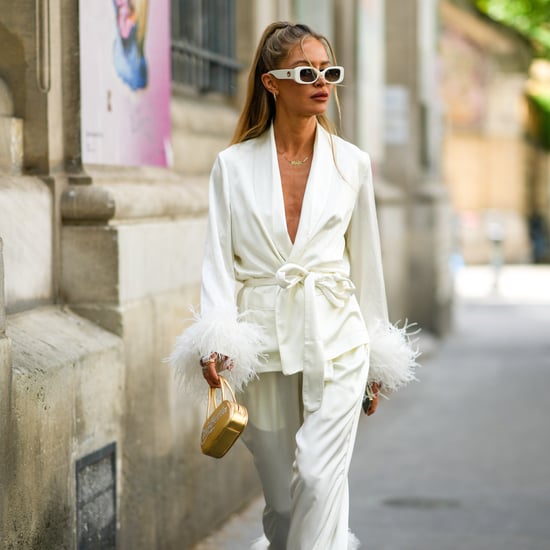 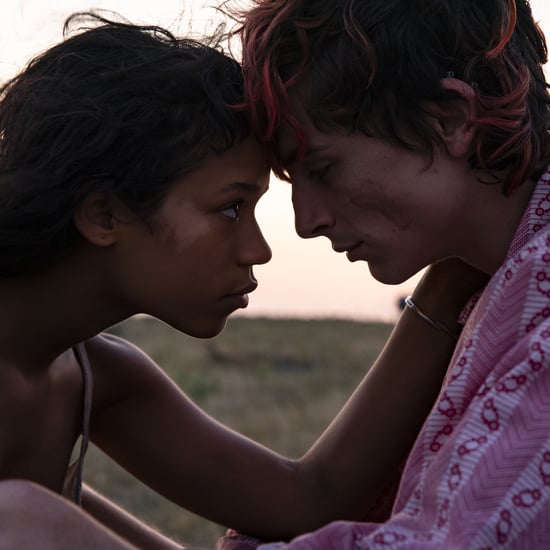