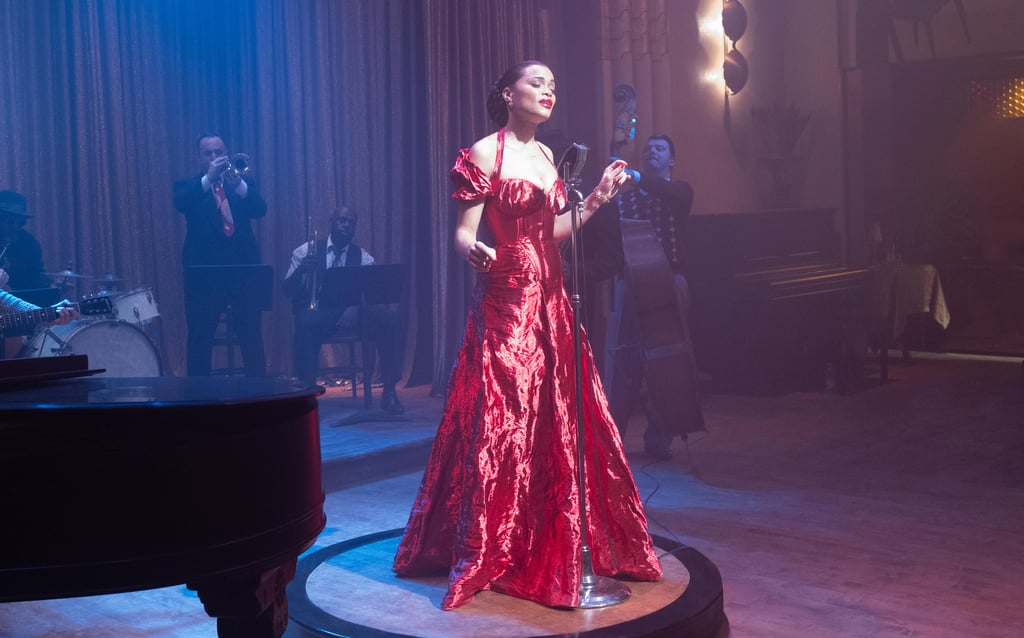 Costume designer Paolo Nieddu, who is known for his work on the Sex and the City films along with TV series Empire, had just eight weeks to prep the wardrobe Andra Day would wear to play music legend Billie Holiday in The United States Vs. Billie Holiday. Directed by Lee Daniels, the movie follows Holiday's life and career, specifically highlighting how her song "Strange Fruit" helped advocate for the Black community in the '50s. Paolo's talent becomes clear the moment you see Day's portrayal of Billie. The clothing helps her transform, and she helps the clothing shine, or, as Paolo describes it, "one hand washes the other."

Paolo did custom create many of Andra's looks based directly on old photos he found of Billie, but there were other moving parts. He leaned on old friends in the industry, including talented dressmakers, and even the Prada team. "There are vintage pieces I shopped from eBay, pieces from motion picture costume houses, Prada collaboration pieces, and some pieces that I made in house," Paolo told POPSUGAR, confirming that there weren't any doubles made when it came to this intricate collection of looks. "We did not have the time, and they take so long to make!" he said.

Paolo gave the example of the opening red dress along with the courthouse outfit and turban as direct re-creations from Billie's life. "Like so many people, I think I can identify that USA postage stamp of Billie. It's a picture in my mind, and I was like, 'This needs to be moving,'" he said, ensuring his remarkably accurate style sense, which you can learn more about when you scroll to read our full interview. The United States Vs. Billie Holiday streams on Hulu from Feb. 26. Ahead, find out everything there is to know about the fashion, which was such a huge part of Billie's life.