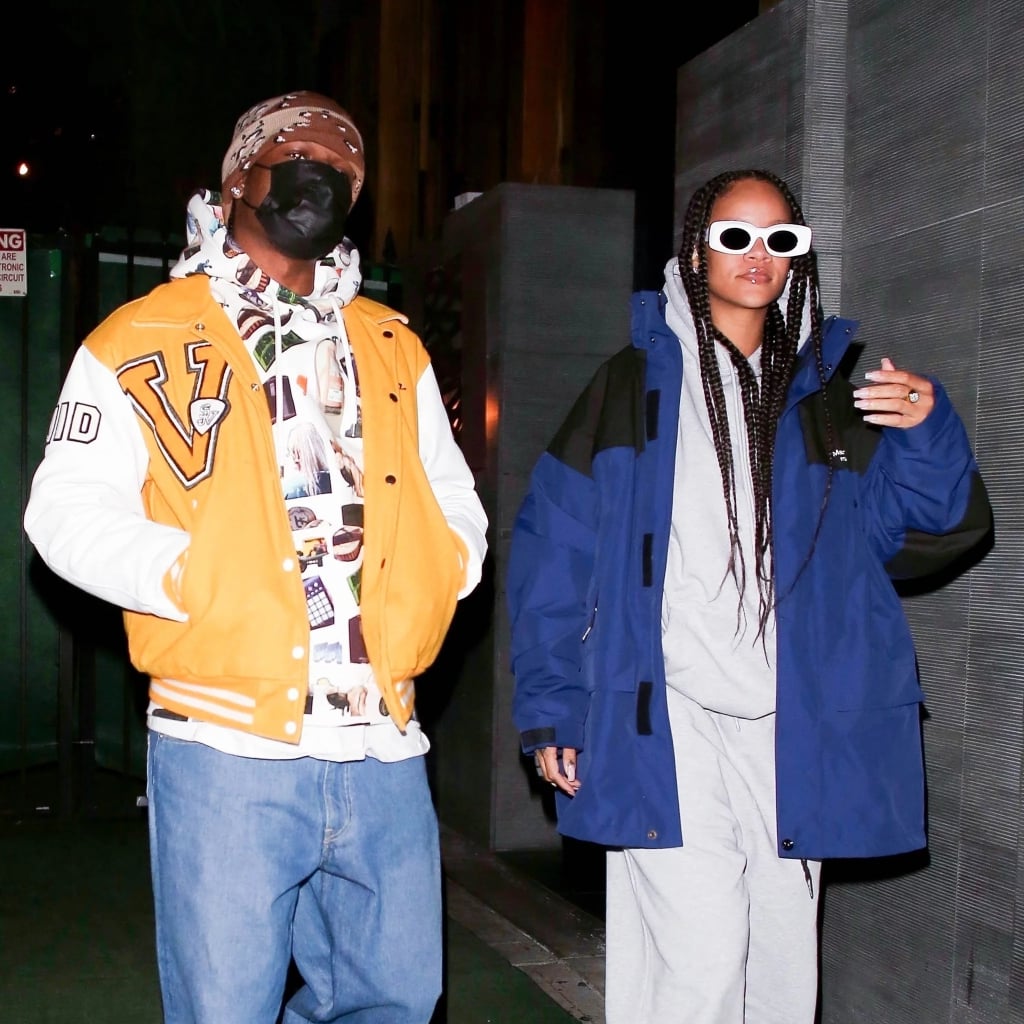 When my current favorite couple, Rihanna and A$AP Rocky, had a rare public date night in West Hollywood last week, they looked every bit the fashion icons (naturally). The baggy sweats they wore to Nobu were delightfully, unconventionally cool, but the standout piece for me was Rocky's mustard-yellow varsity jacket. It was a vintage piece — an actual 2003 jacket from an actual Catholic high school named St. John Vianney somewhere in the middle of New Jersey — but that only made it better. 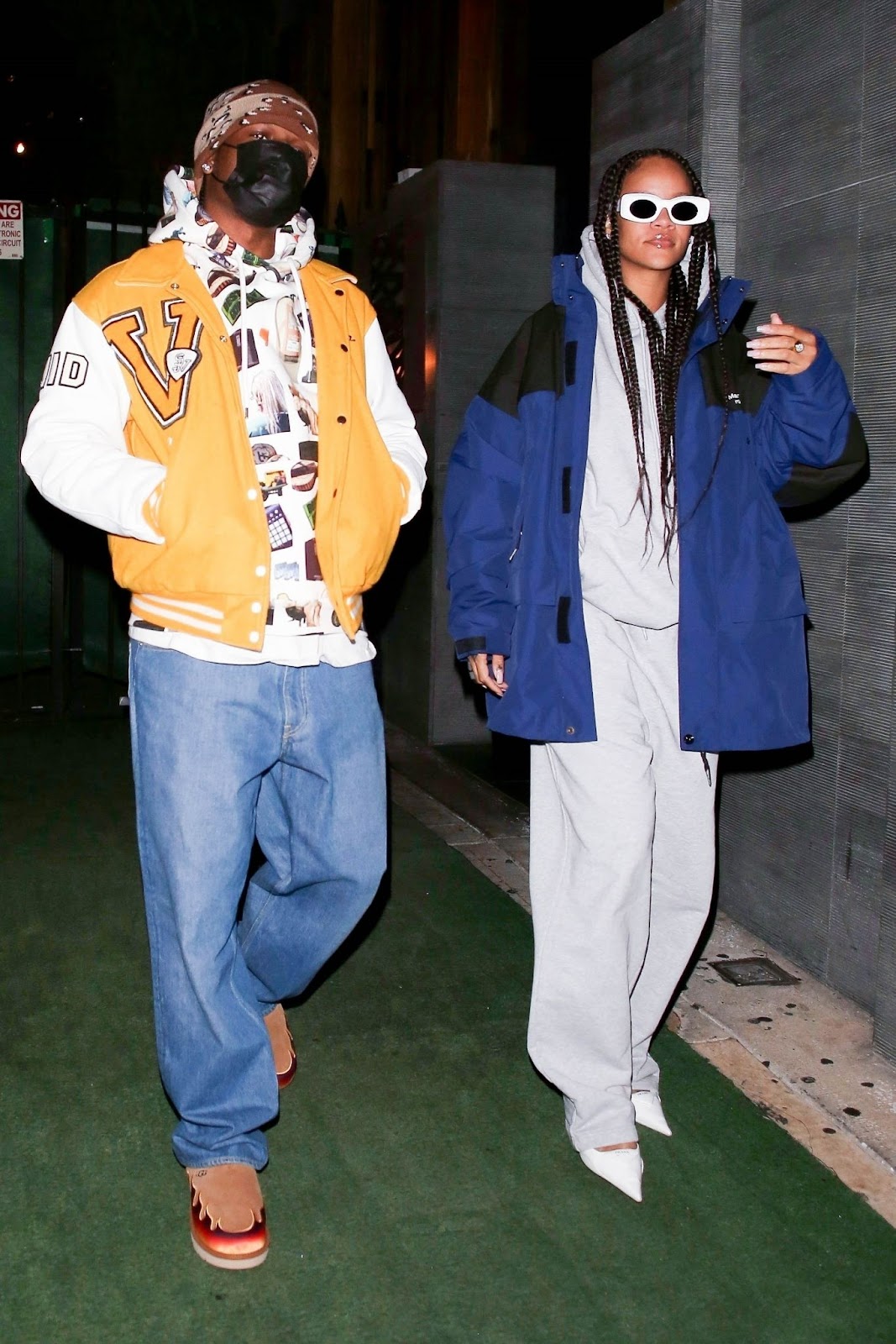 After staring at the pictures for an absurdly long time (and setting up an eBay alert for "vintage mustard varsity jacket"), I realized A$AP Rocky wasn't the only one I'd seen wearing an enviable varsity jacket lately.

Varsity jackets have been popping up in luxurious versions on the international runways over the past few seasons — Burberry, Louis Vuitton, and Givenchy all have their own renditions that will set you back a couple grand each. The late genius designer Virgil Abloh designed the newest LV varsity jacket, but he had been creating them for his line Off-White for years. LA favorite Teddy Fresh did a Y2K-perfection version with their Looney Tunes collab, while Frame's collaboration with the Ritz Paris marked the hotelier's first foray into fashion.

It hasn't just been the designers pushing the varsity-jacket trend — celebs have been embracing the new It item too. BTS's J-Hope, K-pop idol and Instagram newbie, posted some 'fit pics of himself in the Cactus Jack For Fragment "Manifest" letterman jacket last week. Around the same time, "Euphoria" actor Jacob Elordi wore a Celine varsity jacket on "The Tonight Show With Jimmy Fallon," while SZA wore a bright red version on "Jimmy Kimmel Live" in December. 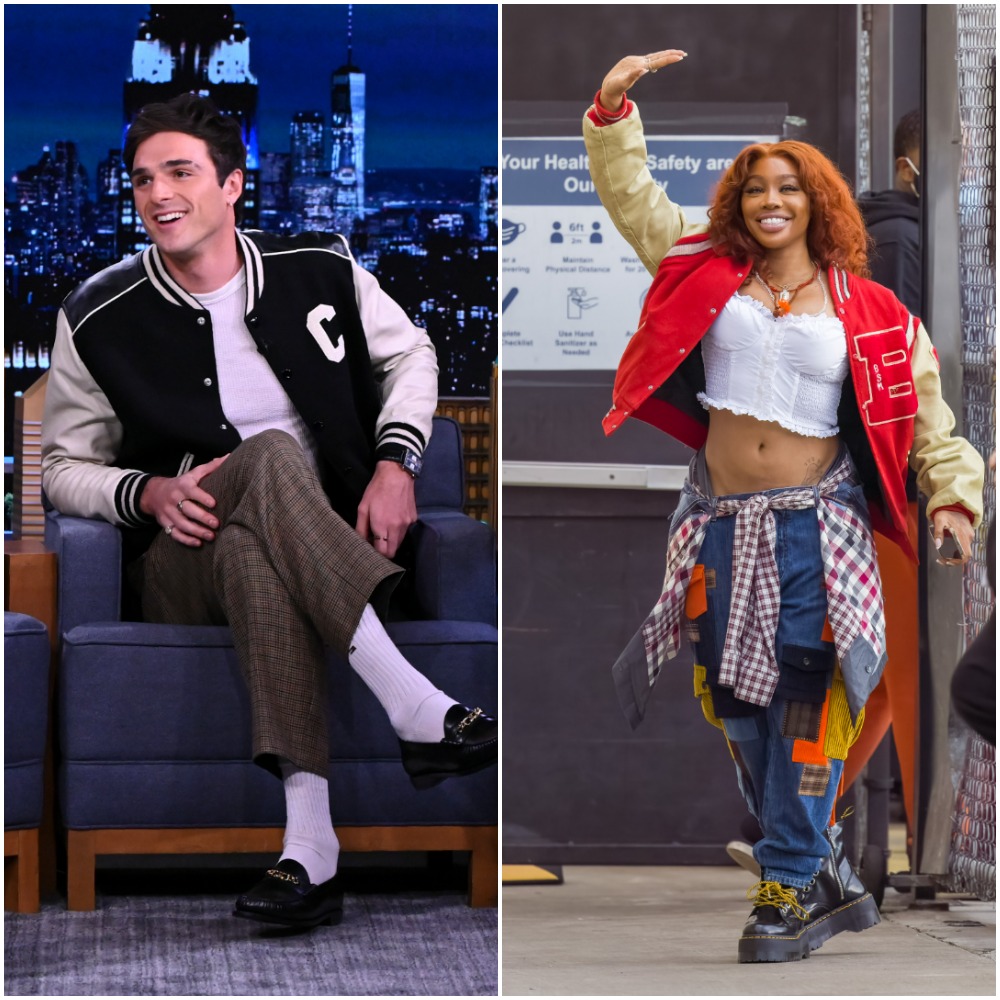 Even Barbie got into the varsity-jacket fun with the doll brand's recent collaboration with Kith. And, yes — let me save you the Google — it did make a person-size version of the doll's varsity jacket, but it sold out instantly, so get ready to pay resale prices (about $2,800-$4,000, depending on your size) if you fall in love.

It's no surprise that fashion at large (and the streetwear crowd especially) is embracing the varsity jacket. It's built for swagger. High school lettermen — the literal "varsity" jocks that gave the jackets their names — have been wearing them as a silent reminder that they are the best at what they do. Varsity jackets are sartorial trophy cases — wordless reminders of triumphs on the sports field. It's that swaggering reputation that makes all-kill rappers the best customers of varsity jackets. Bless the stylist that put BTS's Suga in Supreme's New Era MLB varsity jacket for a profile in "Weverse" magazine (accessorized, rightfully so, with a crown and sitting on a throne). The Billboard-charting, Grammy-nominated rapper/producer/songwriter, who has over 100 registered songs credited to him by the Korea Music Copyright Association, earned that varsity jacket.

Another perfect example of the GOAT allure of varsity jackets: JAY-Z's custom Hall of Fame version. When the legendary rapper/producer/icon was inducted into the Rock & Roll Hall of Fame in Cleveland in November 2021, he tapped Rhuigi Villaseñor (founder and creative director of Rhude) to create a jacket worthy of Hova. The final piece, with embroidering of each of his Grammy-winning albums down the leather sleeves, is a masterful homage to a once-in-a-generation career. 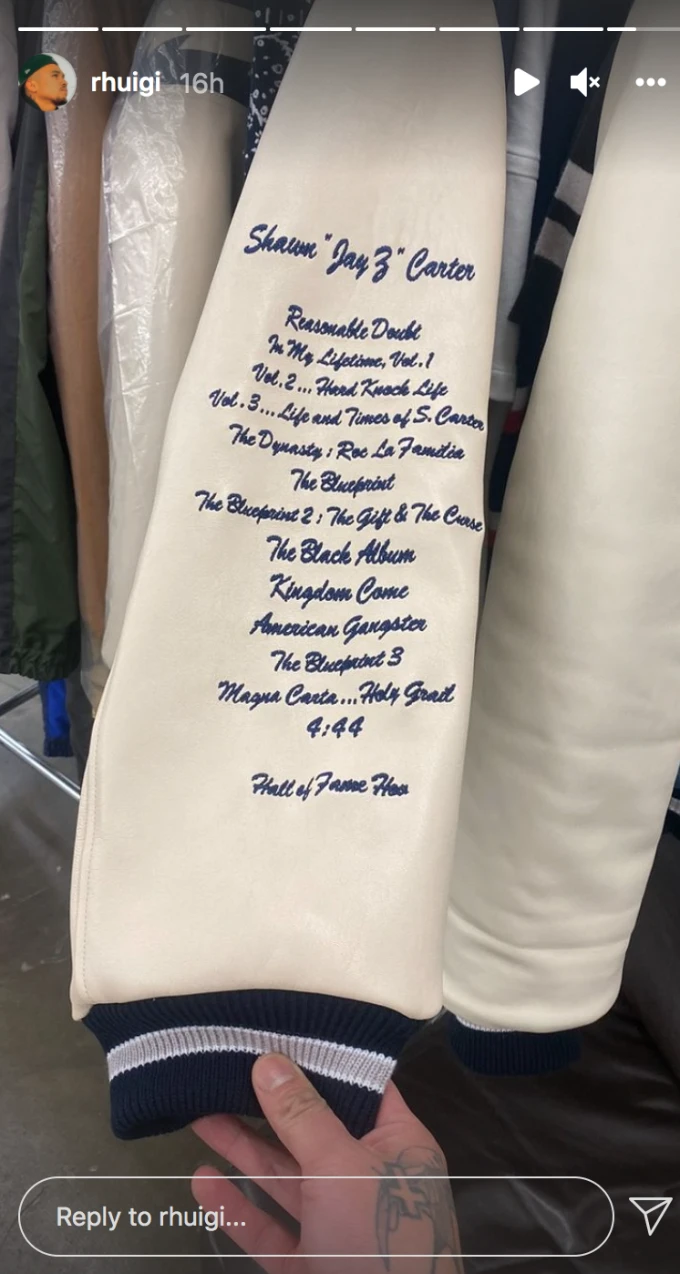 Forget leather jackets and bombers — the new It jacket has arrived. Need some more inspiration? Read on to shop some of our favorite varsity jackets, and you can thank us later. 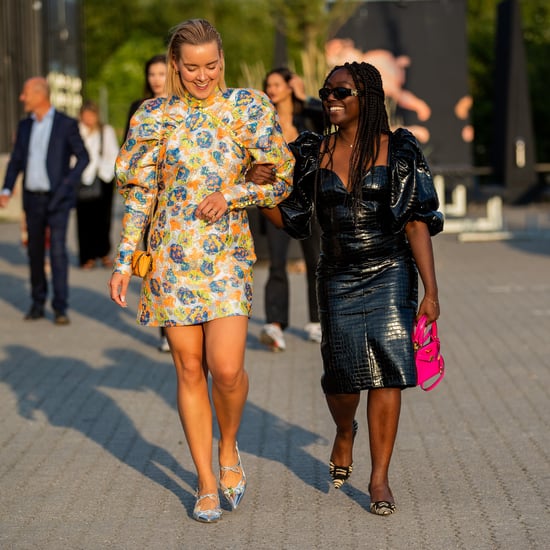 Fashion Shopping
If You Love Shopping at Princess Polly, Try These 9 Stores
by India Yaffe 8 hours ago 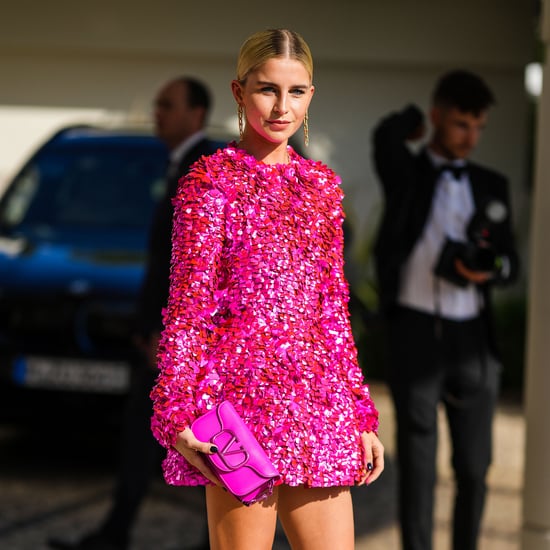