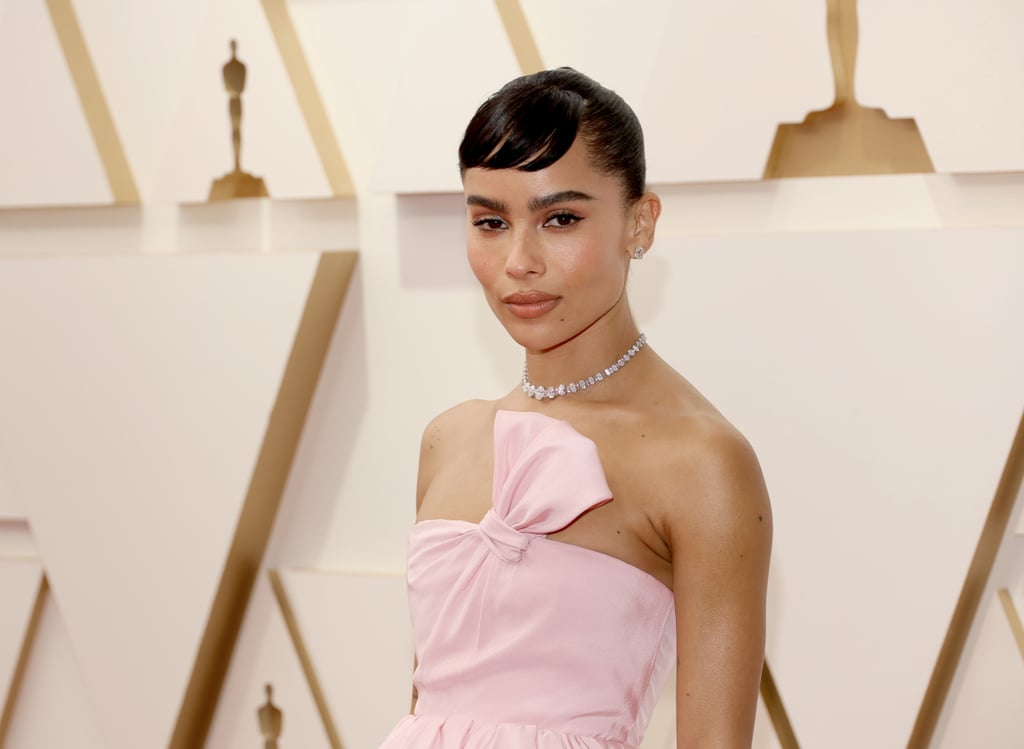 Zoë Kravitz arrived on the Oscars 2022 red carpet channeling none other than Audrey Hepburn. The "Batman" star stepped out in a sophisticated strapless design that's noticeably different from her recent Catwoman-inspired method looks. Kravitz, who's slated to present an award at the Oscars ceremony, opted for a gown by her go-to designer, Saint Laurent. The strapless floor-length dress stands out in a timelessly elegant shade of pale pink with a bow detail at the front bringing the look together. On the accessory front, Kravitz reached for an understated diamond necklace and earrings from Kwiat, finishing off the Old Hollywood look with a Hepburn-esque updo.

It's no surprise the longtime YSL ambassador chose the designer for the Oscars, given her close relationship with both the fashion house and its creative director, Anthony Vaccarello. Leading up to the release of "The Batman" earlier this month, Kravitz wore styles that spoke to her character in the film, Selina Kyle. From an Oscar de la Renta dress with black cats at the bust to a Saint Laurent dress with bat-shaped cutouts, she took her method dressing quite seriously. But it's safe to say that she's now moved onto her next style era.

Ahead, get a closer look at Kravitz's Oscars dress.

Related:
This Year's Oscars Red Carpet Might Be the Most Glamorous Yet
Previous Next Start Slideshow
Red CarpetZoë KravitzAward SeasonOscarsSaint Laurent