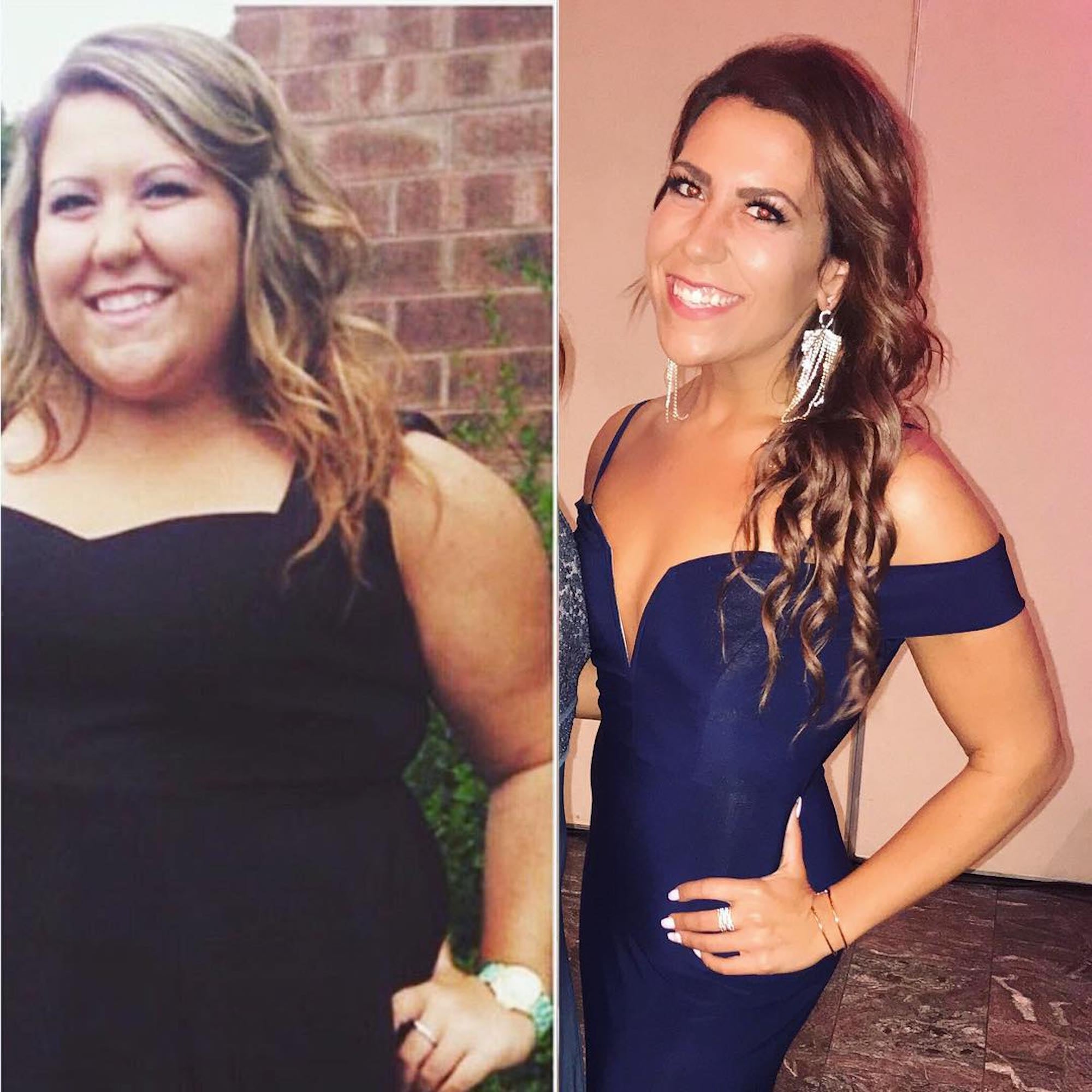 Alyssa Figaro's weight-loss journey has been anything but easy, but after losing 135 pounds in just three years, she confirmed that every step of the way was 100 percent worth it.

Growing up as "the overweight child" with parents who were heavily involved in the fitness industry, Alyssa "felt like a disappointment" throughout her childhood. "I wanted to make them proud and lose weight. I made many attempts, but failed more times than I can count, to be honest," she told POPSUGAR. Back in Oct. 2014, at 285 pounds, Alyssa attended a party, where she felt "extremely uncomfortable" the entire time due to her weight and appearance. "I felt like an outsider, constantly comparing myself to the other girls; they were skinny, pretty, and fit. Shame set in and I left," she recalled.

The very next day, "something clicked," and Alyssa realized she couldn't continue the cycle of self-loathing. So she went to the gym where her mother worked and was set up with a personal trainer who kick-started her remarkable weight-loss journey. Before hiring a personal trainer, Alyssa admitted to being "so self-conscious" at the gym, especially when it came to working out alone. "I felt like I had no clue what I was doing, but eventually realized everyone is there for the same reason: to work on themselves. Honestly, hire a professional trainer if you have no idea what you are doing," she advised. 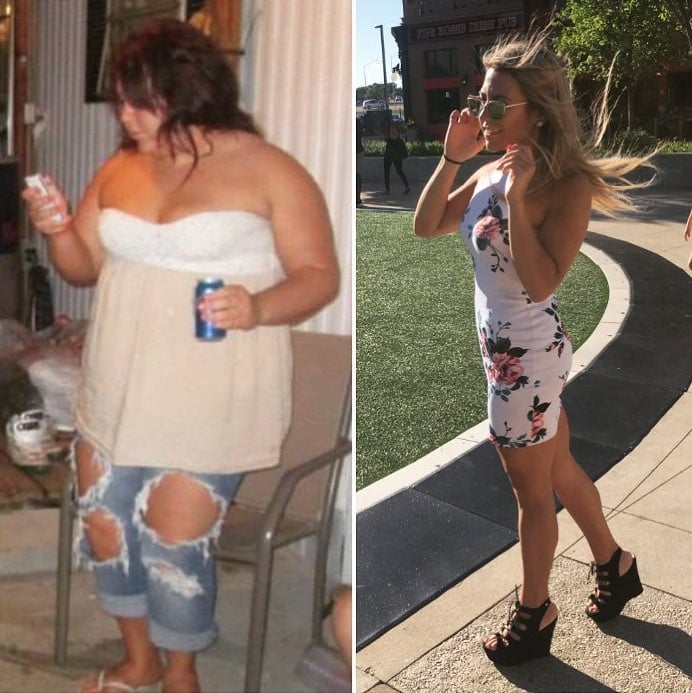 "I really focused on eating whole, natural foods and found this to be crucial to my success and results."

In the early stages, Alyssa was hitting the gym at least five days each week, either working out with her trainer or on her own after building up some confidence. "We incorporated a significant amount of strength training into my routine, which complemented my daily cardio," she told us. As for her daily food intake, Alyssa never adhered to a specific diet plan, but rather simply "focused on eating whole, natural foods and found this to be crucial to [her] success and results." Though she tried counting calories for about a month, she ultimately realized it wasn't exactly her cup of tea and rather relied on becoming more aware of how her body reacted to certain foods and the amount she was eating.

After a year and a half of sticking to this new workout and diet regimen, Alyssa dropped a whopping 105 pounds and unfortunately had to confront an entirely different struggle: excess skin. "Although I was proud of myself for losing over 100 pounds, I was so self-conscious of the extra skin on my midsection, I felt like I couldn't proudly show off the body I had worked so hard for," she explained. In Mar. 2016, Alyssa underwent a procedure called Abdominoplasty (aka a "tummy tuck") and had a total of 10 pounds removed from both her abdomen and underarms. Though she admitted the recovery was "rough," as she was placed on bedrest for two weeks, the results made the entire process worth it — even the scars. "Personally, I would rather have the scars than the excess skin," Alyssa noted. She added a quick word of advice: "I cant stress this enough — for anyone looking into this procedure, do your research!"

Related:
This Is the Popular Diet That Helped Lucy Transform Her Body (and Maintain It) 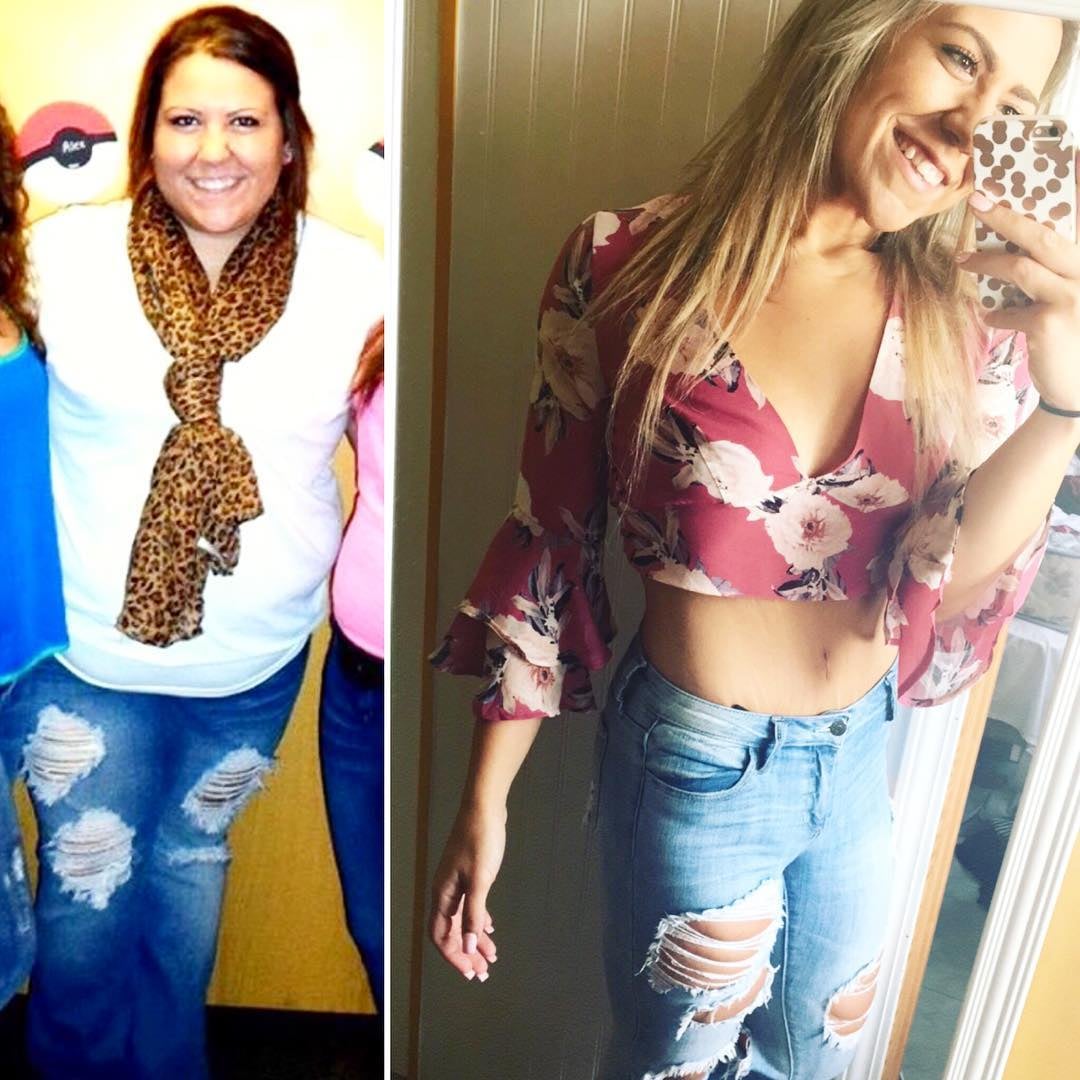 Nowadays, Alyssa still hits the gym nearly five days per week, but she has since shifted her focus to strength training and building strong, lean muscle. "I used to be that girl that feared weights, thinking that would give me a manly appearance, and I was so wrong. Pushing myself to use heavier weights more consistently has my body changing constantly. I feel like every week, I see new firm, toned muscles!" she said. When Alyssa does do cardio, it's usually fasted cardio (exercising on an empty stomach), which she tries to squeeze in three or four mornings per week.

"Like 99 percent of the rest of us trying to lose weight, I used to think carbs were the enemy. Now I enjoy them in moderation."

In terms of her current diet habits, Alyssa still relies on eating whole, natural foods, just like when she first began her journey three years ago. She makes it a priority to have a lean protein source and a serving of vegetables with every meal; her go-to options are egg whites and spinach, oatmeal with fruit, and salads topped with veggies and chicken. Oh, and she also enjoys carbs, too! "Like 99 percent of the rest of us trying to lose weight, I used to think carbs were the enemy. Now I enjoy them in moderation," she said.

Alyssa found moderation — rather than full-on restriction — to be the key to sticking to her weight-loss goals. "While looking back at my journey, I realized I fell off track more often if I restricted myself from the foods I craved. I'm human, so if I want to eat fries with ranch dressing, I'll eat it but in moderation and always make sure to get back on track the next day," she said. Hell yes — that's what we're talkin' about!

Related:
Maryn Dropped 105 Pounds in 1 Year — and It All Started With This Water-Drinking Hack 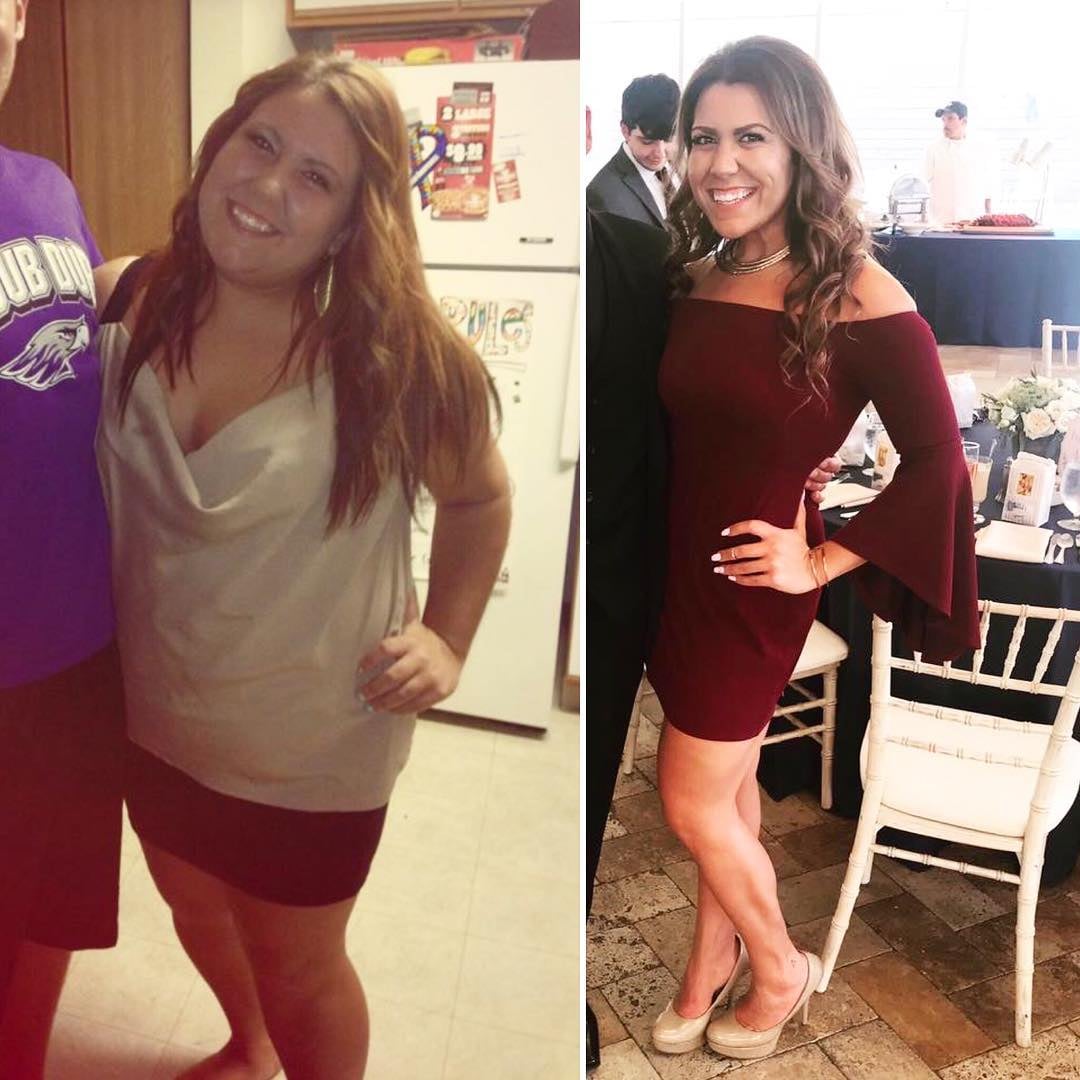 "Moderation" is one of those things that's often easier said than done for me personally. One second, I'm savoring that glorious first scoop of Ben & Jerry's, and the next, I'm scraping the bottom of the carton wondering how on earth I devoured my precious Cherry Garcia so quickly. Alyssa's secret to successfully resisting the temptation to overindulge? Meal prepping!

"In my failed attempts at losing this weight, I always struggled with snacking. Now, I prepare for those times, and I always have almonds on hand or will grab some fresh fruit," she explained. Then she gave a fun little equation that may be worth printing out and sticking on your refrigerator as a daily reminder: "Failure to prepare = prepare to fail." Though a bit intense, it's totally true.

After shedding roughly 135 pounds, Alyssa now wavers between weighing 145 and 150 pounds, and those fluctuations don't bother her one bit. "I was obsessed with seeing certain numbers on the scale, and I most certainly had a number I wanted to reach," she told POPSUGAR. "Through my trials and errors, I realized being fixated on this one number wasn't a healthy mindset. Now, I am comfortable with fluctuating, as I have a great balance in my life. I now focus on how my body looks and feels." We're so on board with her whole "screw the scale" mentality!

Related:
Nicole Lost Over 200 Pounds in 2 and a Half Years, and Yes, She Still Ate Bread

When we asked Alyssa to offer up any advice for fitness newbies looking to change their bodies similarly to how she did, she spilled the following must-hear words of wisdom:

I advise anyone and everyone to find someone that inspires them to become better — a mentor of sorts. My mentor has become that inner voice telling me I can when my own inner voice says I cannot. With this encouragement and inspirational support, slowly I began to realize I can push past my comfort zones, and this is exactly what someone looking to lose weight should do too. Over time, your confidence will begin to increase. It was only when I stepped out of my comfort zone that I started seeing results and the same will be for you.

We'll be filing this one under stories to read when we're in need of a motivational boost.