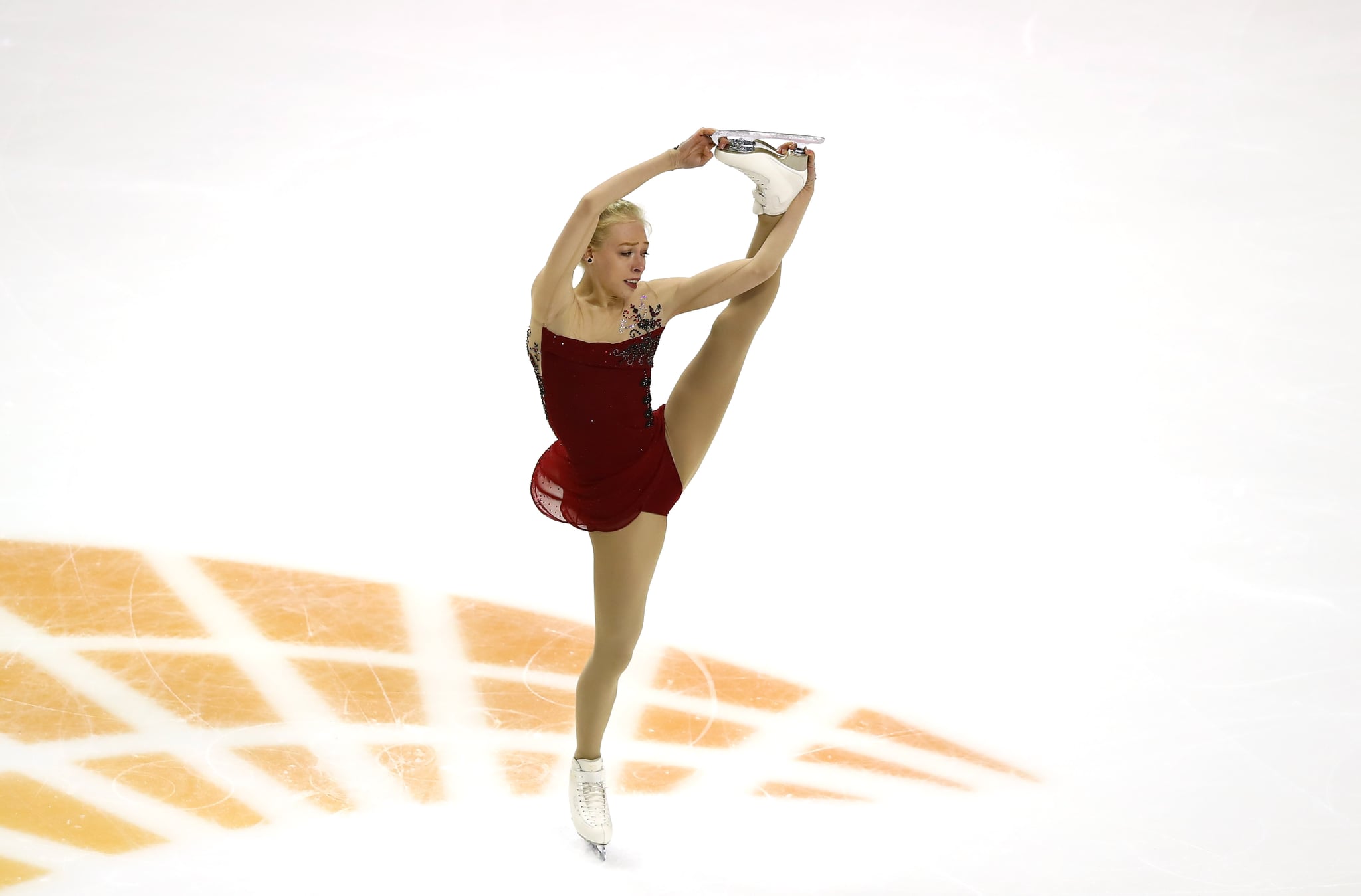 So you want to watch figure skating, but between the bizarre scoring, all the different moves, and the onslaught of sequins, you're overwhelmed. Not to fear! Below is a handy little guide so that you can decipher what's going on out there and dazzle your friends with your knowledge of how to identify an axel (if your friends are the dazzling sort).

And the award for most "That sounds fake, but OK!" technical term goes to . . . twizzles. They are traveling turns on one foot that are, at the Olympic level, accompanied by various arm movements and different positions for the leg that isn't on the ice. You'll occasionally see them used as brief transitional moves in pairs' and singles' programs, but they are one of the signature required elements of an ice dance program, during which a well-executed set of twizzles can garner more points than singles skaters do with their triple jumps. To get an idea of the complexity, imagine rubbing your stomach and patting your head . . . now spin around while doing it . . . now change the direction of your spin . . . now do it in sync with someone else. Piece of cake, right?

Did they do it well? Watch for teams to be in perfect sync during their twizzle sequences. Faster turns that cover more ice are better than slower or tighter ones, and interesting arm movements add points as well.

Figure skating music is always so elegant and classical, maybe not so exciting, but . . . wait — are they skating to Christina Aguilera?

Starting with the 2014-15 season, the International Skating Union (the sport's governing body) made a change to the rules, allowing athletes to use music with lyrics, which was previously forbidden. Sure, you'll still hear plenty of Rachmaninoff, Chopin, and Mozart. But you'll also find a French pairs team skating to the Fifty Shades of Grey soundtrack, several variations on "Moulin Rouge," an American ice dance team skating to Coldplay, and "Candyman," by the aforementioned Christina Aguilera, chosen by — of all things — a Russian pairs team. If you've ever watched figure skating and thought to yourself, "Hmm, this could really use more Fergie or Rolling Stones," then you're in luck! For extra fun, make a Bingo card of the weirdest music choices you can imagine and see how many of them come true ("Carmen" is the free space in the center, and if you don't know why, you will soon).

Isn't all of figure skating just a sequence of steps? Well, yes. Kind of. But these are special steps. No, seriously. "Steps" in figure skating is one of those times when a word we use in everyday language has another, more specific meaning. A "step sequence" is a required element (more listed here on NBC's Olympics hub) in all four skating disciplines in which the skaters cover a required amount of ice (usually one full length of the rink) while executing a variety of nonjump movements — mostly complex turns that require skaters to alternate their direction of skating, which edges of their blades they're leaning on, and which foot they're skating on.

Did they do it well? This is often hard to call with the inexpert eye. But look for movement in both the legs and the upper body and a flow to the movements.

Ice dance: That is a lot of fringe.

OK, so I'm exaggerating. Somewhat. But when you're watching the broadcast and you're not sure which you're watching, there are a few things you can look for. Pairs skating incorporates the same jumps as singles but also moves in which the male partner throws the woman either up into the air to be caught or into a jump to be landed by her. Ice dance does not allow jumps and incorporates dance rhythms in the form of a required pattern of steps in the short program that are styled after different ballroom dances (this season's required pattern is a rumba).

Related:
This Ice Dancing Performance Set to Mambo Music Will Make You Want to Get Up and Dance

The other big difference is in the lifts: in pairs, the woman must be lifted fully above the man's head; in dance, the woman may not be lifted that high, resulting in more varied lifts that sometimes utilize multiple positions within a single lift. Or, as pairs skater Mervin Tran puts it, "'Dance' = girl go around boy; 'pairs' = girl go above boy."

How to sound like a figure skating expert without really trying: Step 1: Find your viewing party buddies and watch a program from any discipline other than ice dance. Step 2: Wait until the skater does a jump where they take off going forward instead of going backward. Step 3: Put on your best casual-expert voice and say, "That was a really lovely axel." The axel jump is easily identified by its forward takeoff, as illustrated in this guide put out by US Figure Skating, whereas all other jumps start out with skaters going backward before the jump.

Related:
30 US Olympians You Should Be Following on Social Media

Did they do it well? Look for them to land along the same parallel they took off from and to have a long, smooth curve coming out of the jump. If they land at a tight angle or suddenly turn on the ice, there may be an underrotation to the jump or a loss of balance on the landing.


OK, I got all this — so how do I understand what's happening during a program?

This is where the NBC broadcast will help you. During a program, there's usually a graphic in the corner of the screen keeping the technical score updated — this part reflects spins, jumps, throws, twizzles (dance only), step sequences, and lifts. The second part of a score isn't shown on screen until the final scores come up. Program component scores, or PCS, theoretically reflect the more "artistic" side of a program. Things to notice: do they do interesting things between the "big ticket" elements or just kind of skate around? Do they skate to the music or is it just in the background? Are there long stretches of time in between the big elements or are they spaced out nicely?

But, really, you can try to understand scoring all you want, but you'll know you have truly become a figure skating fan when you can start a drinking game for the times you emotionally, vehemently disagree with the judges' scoring. Happy watching!

Healthy Living
What Should You Do If You Accidentally Left Your Menstrual Cup in For Too Long?
by Jenny Sugar 15 hours ago 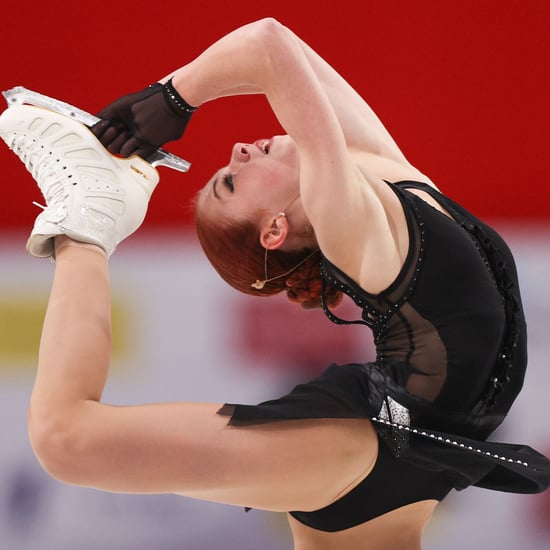