Skip Nav
How to Conquer Fear of Heights

Have you ever wanted to face that big fear of yours once and for all? We partnered with Jeep® to show you what happened when one editor finally tried to overcome her fear of heights.

Heights have always been a problem for me. To put it lightly, they shake me to my core. For that reason, I try to stay as close to the ground as physically possible, whether it be living on the relatively low fifth floor of an apartment building in New York City or choosing to drive irrationally long distances rather than fly. Flying. I get the nervous sweats just thinking about it. I'm perfectly aware of the fact that heights are often a part of life and having such a paralyzing fear of them is disadvantageous in many ways. So in a desperate attempt to face this fear once and for all, I chose to do it in the most playful and nostalgic way: rock climbing.

The last time I had encountered a rock wall was probably in second or third grade when my best friend hosted her birthday party at a kids' gym. After walking through the tall, warehouse-like doors of Brooklyn Boulders, I quickly realized this experience would be nothing similar. I met my belayers, Brandon and Alex, and before I knew it I was strapped in, hooked up to the ropes, and halfway up the first wall. I guess I blacked out for everything in between. 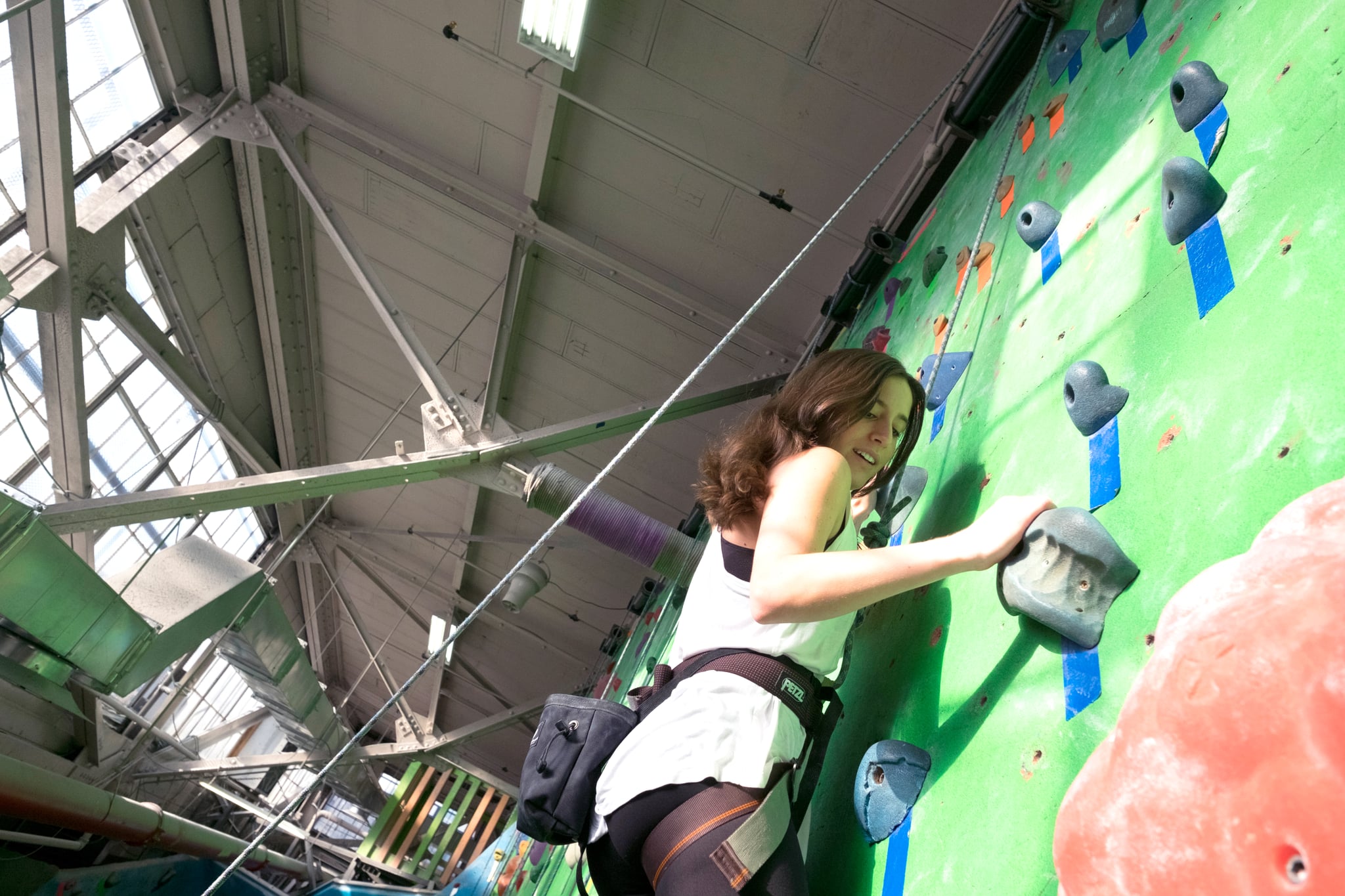 I was surprised by how strategic rock climbing is. Your body needs to make the right movements in order to reach the top, like ensuring that your legs are stable so that your forearm muscles don't strain too quickly.

At first, adrenaline is what kept pushing me farther up the wall. All it took was one glimpse down at the ground to totally sabotage the progress I had made. My palms became clammy and I started to slip. I reached into my chalk bag and then grabbed onto the nearest, most grip-friendly rock. I was back in business.

"No more looking down," I thought, scolding myself. What I needed was a change in perspective. I took my fear and channeled it into determination. I started looking at the wall as a puzzle, and as I kept solving, I reached the top. 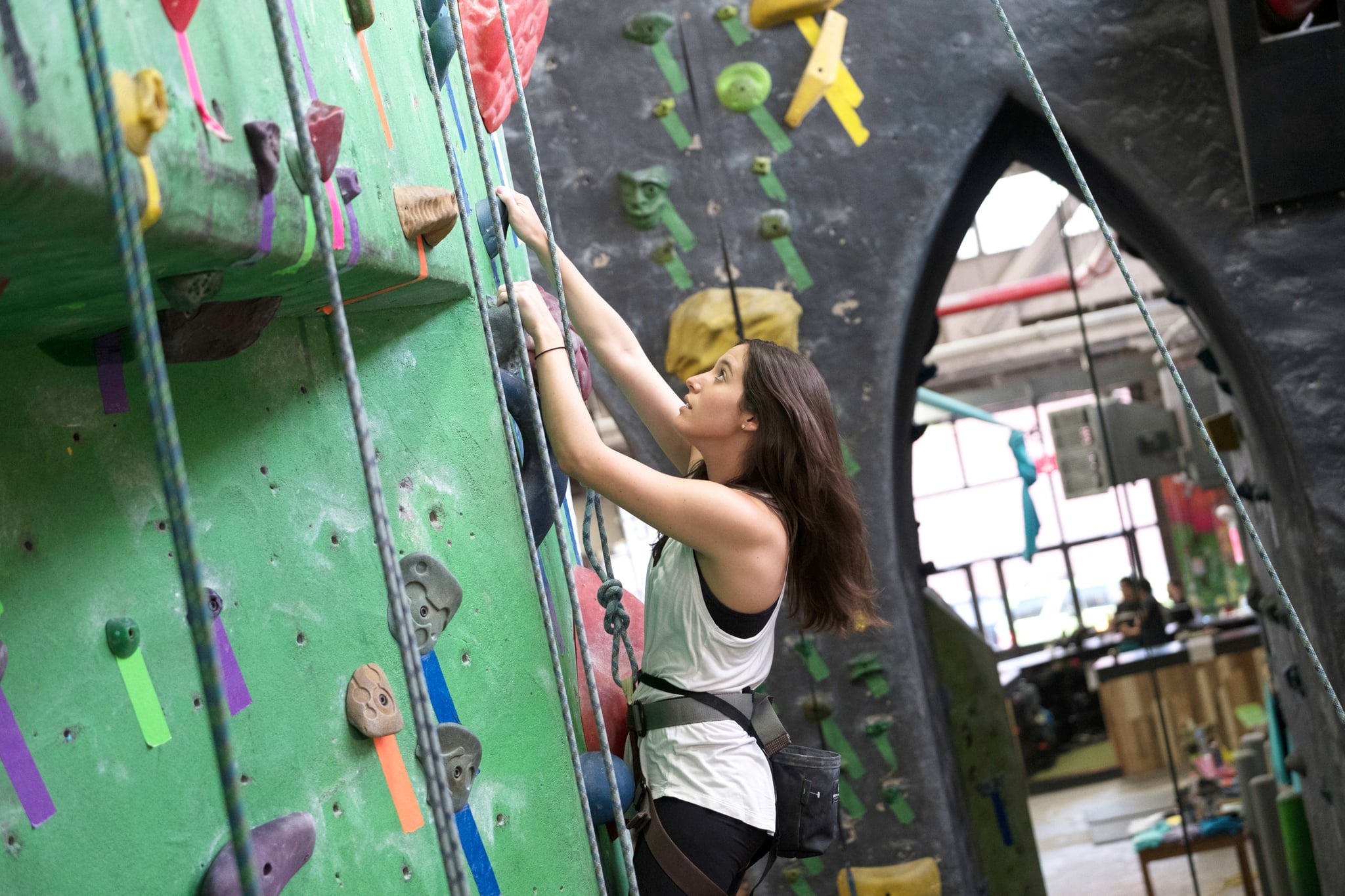 I have to admit, if this had been a free climb or if I had been using an autobelayer, I doubt it would have gone as well. I realized on the way down that I had put all of my trust in Brandon, the man on the ground who was making sure I didn't fall from the sky, without hesitation. That in itself was a victory.

By no means am I completely rid of the fear, though. I'm still expecting to get anxious during a flight and I may not trek to the highest building in Manhattan, but I know that I can if I want to. The entire experience was empowering and, in my humble opinion, a great success.

The proof? My forearms weren't even sore the following day. 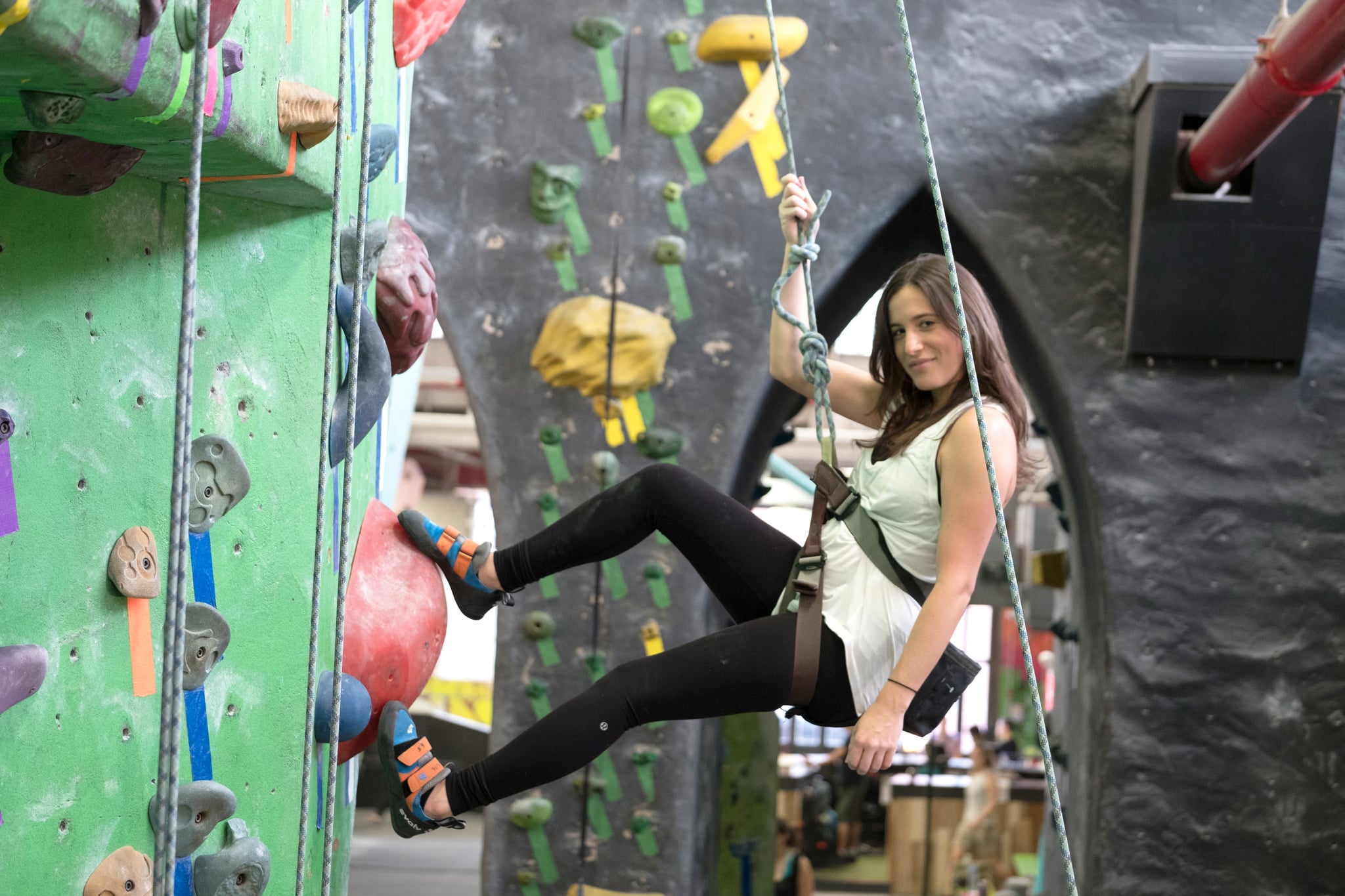 Check out more from Jeep®!