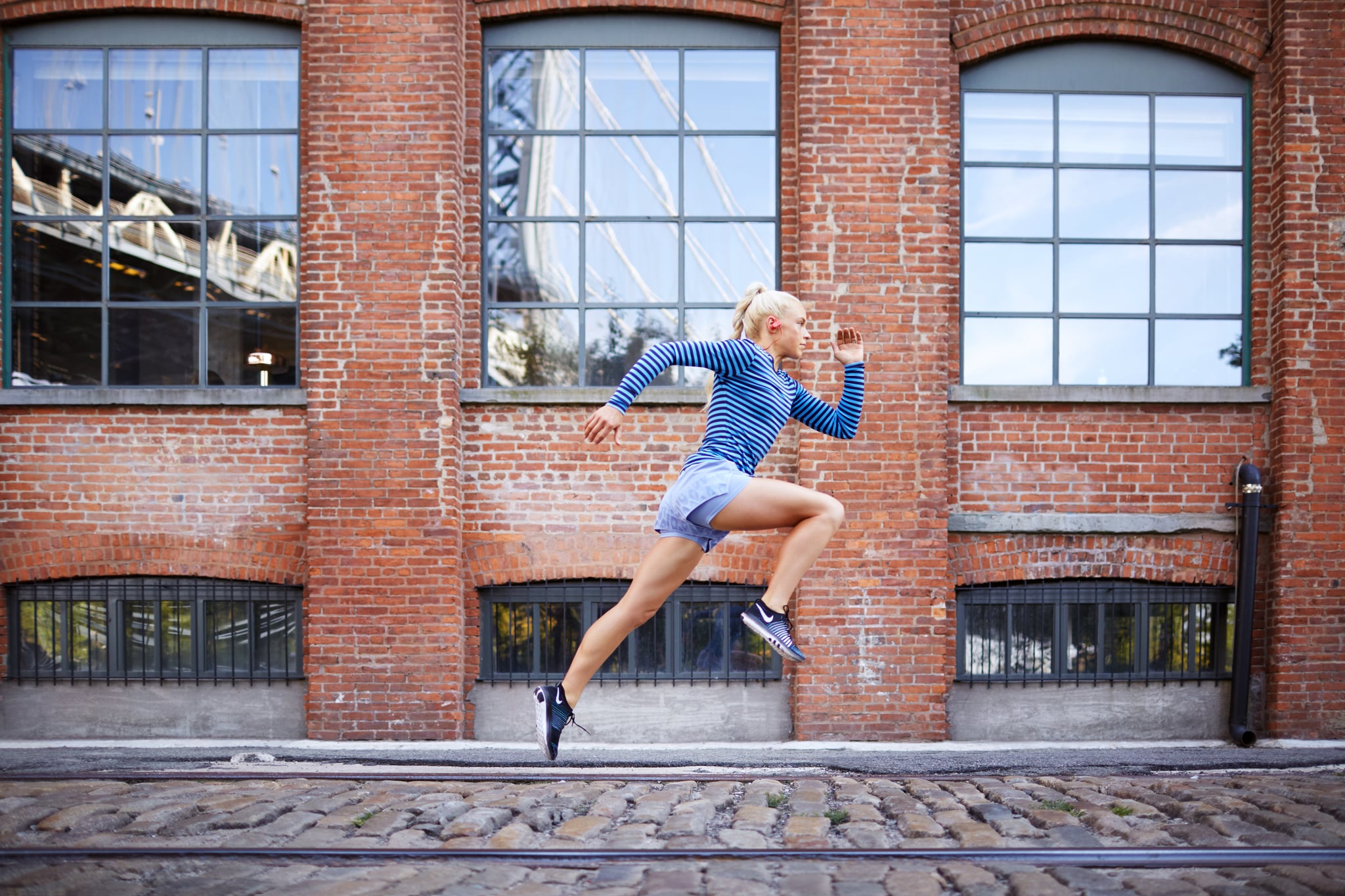 Imagine this scenario: you're brand new to working out, and your friend is a seasoned vet. You're both going to the same workout class together, but because you're new (and probably slower), you have to do this workout for an hour, while your friend only has to work out for 30 minutes. Doesn't make much sense, does it?

Unfortunately, that's typically what happens for new runners. Think about it: you give yourself a goal of three miles, and it takes you 40 minutes or more to get it done. Your runner friend might finish in 18 minutes, because they're faster and more advanced. You both are doing the same workout with the same goal — run for three miles — but you're working out for 40 minutes, and your friend is working out for less than half that time. You wouldn't approach a studio class like that, so why would you approach running in the same way?

Related:
3 Reasons New Runners Should Sign Up For a Half-Marathon (It's Not as Crazy as You Think!)

You can look at almost any run training program, and they guide you based on mileage, not length of time of your workout. And part of that makes sense — especially if you're training for a half marathon. There's only so much you can do to prepare your joints for the impact that comes with 13.1 miles . . . and that's to do those miles ahead of time. That said, if you're not on a race-specific program, it's a reasonable idea to ditch the mileage goals and focus on your stamina, endurance, and strength via timed goals.

Try setting new goals to the tune of, "I'm going to run for 15 minutes today," or "I'm going to run for an hour this weekend," versus setting lofty mileage goals that might be detrimental to your joints and leave you feeling really sore, fatigued, and resentful toward running. A run that takes you an hour — even if it's only four miles — is still a long run. You're working out intensely, sweating, and working your heart and lungs for 60 minutes. It doesn't matter if you ran four miles or 12.

Related:
The Ultimate Guide to Planning a Disneyland Race Weekend

Start with a plan that emphasizes minutes more than miles. Once you feel stronger and more capable of tackling longer runs, you can totally pick a running plan and train for a race with mileage goals, but you can also keep sticking to this idea of going for timed runs instead. Even advanced ultramarathoners will go out with a goal of running for three to four hours — they'll just end up logging more mileage. The point is, don't go so hard on your body, especially so early on. You don't want to burn out, or worse, injure yourself!