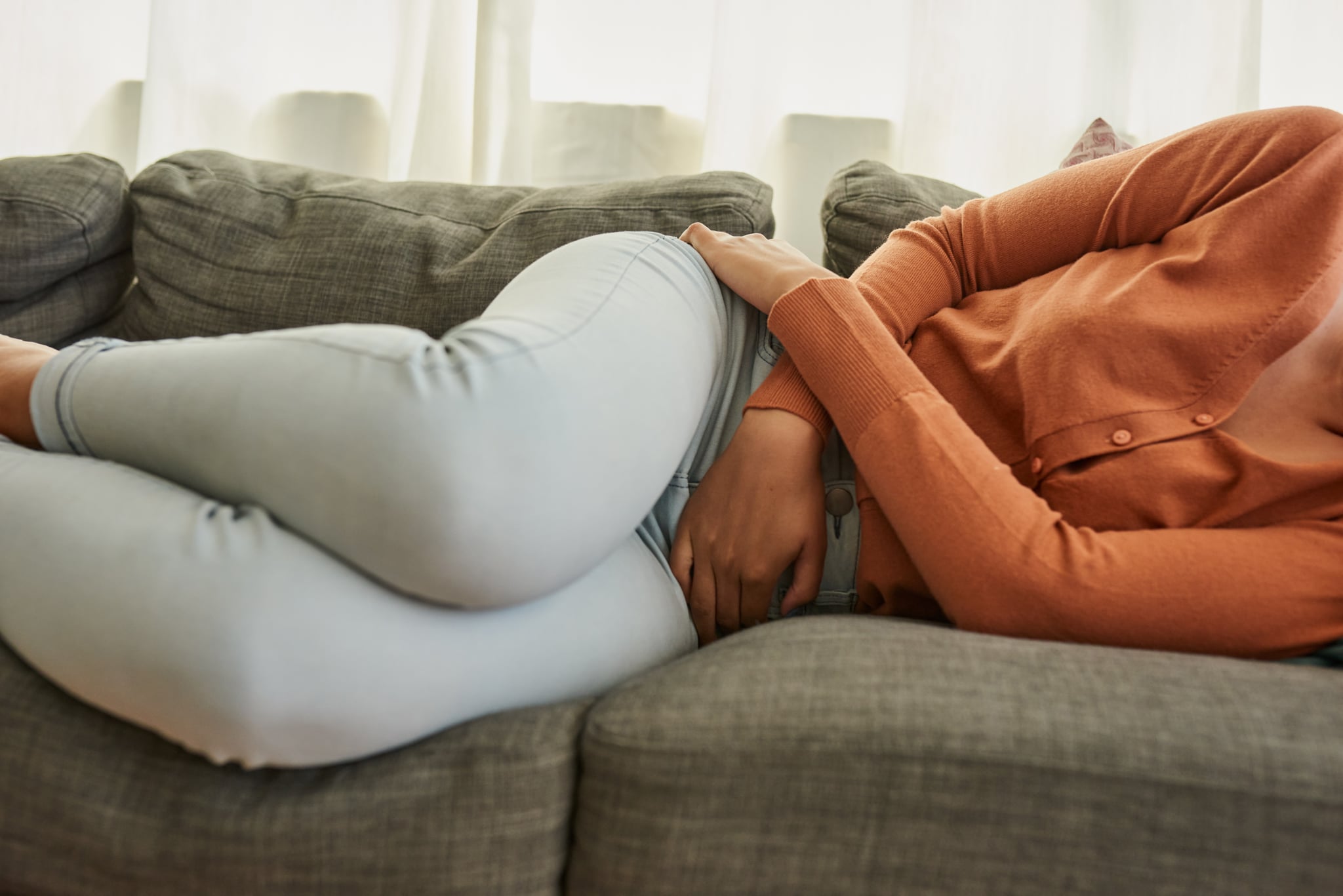 Editor's note: We at POPSUGAR recognize that people of many genders and identities have vaginas, not just those who are women. For this particular story, we interviewed experts who generally referred to people with vaginas as women.

Painful urination after sex is a surefire way to dampen the mood and squash any chance you and your partner had of going for a round two. But while it can be uncomfortable and frustrating, it isn't uncommon to experience burning when you pee after sex — nor is it always a sign of a urinary tract infection (UTI). In fact, painful urination could be the result of something much less concerning but just as common, like vaginal irritation, which can often be managed at home without a doctor's visit or antibiotics. It's important that you get to the bottom of it, though, so you can take steps to prevent the pain moving forward. POPSUGAR asked ob-gyns why it happens and what you can do to stop it.

Why Does It Burn When I Pee After Sex?

"A burning sensation when peeing after sex — medically known as dysuria — can have several causes, which can range from something as mild as external irritation related to the skin around the opening of your urethra . . . to something more internal like a sexually transmitted infection (STI) or UTI," Mare Mbaye, MD, an ob-gyn in New York City, told POPSUGAR. In rare cases, people may experience painful urination caused by a yeast infection or bacterial vaginosis.

More often, the labia, vagina, or urethra become irritated due to a lack of stimulation or foreplay, or as a result of a condom allergy, eczema, or a reaction to semen or saliva — all of which can lead to painful urination. For example, a lack of lubrication during sex increases the likelihood of abrasions or microtears in the skin. When you then go to pee, you might find that it burns.

So, how can you tell if the burning sensation is a result of external irritation or a sign of something that may require medical attention? "If it's just 'mechanical' irritation like dryness or sensitivity, then it may last only a few minutes with the first (keyword: first!) urination after sex," explained Shieva Ghofrany, MD, FACOG, a board-certified ob-gyn and co-founder of Tribe Called V. "However, if it lasts longer, like more than a few hours, then it may be urethritis or a UTI and you should contact your doctor to have a urinalysis and STI test done."

While you're waiting it out for those first few hours, drink plenty of water. "If there is a mild amount of bacteria that has descended from the urethra into the bladder, then diluting it by drinking a huge amount of water so that the amount of bacteria is not as concentrated in the urine may help flush out the bacteria and naturally cure the infection," Dr. Ghofrany said. "Many women assume that if they have irritation when they urinate that it must be a UTI and thus immediately contact their doctor for antibiotics. While antibiotics are very important if you have a UTI, often the irritation and dysuria symptoms will dissipate with copious amounts of water and won't require antibiotics."

Related:
Can Peeing After Sex Actually Prevent a UTI? Yes, but It May Depend on How Soon You Do It

How to Prevent Painful Urination After Sex

Prevention is possible, but the solution depends on what's triggering the irritation in the first place, Dr. Ghofrany explained. For example, latex allergies are a common culprit. If that's the case, switching to nonlatex condoms may help prevent burning after sex.

If a lack of lubrication seems like the most likely explanation, you may need to incorporate more foreplay or use a lubricant. Just be careful which you choose, because lubricants can also cause irritation. While the right ingredients can be highly individual depending on your and your partner's specific allergies or sensitivities, Dr. Ghofrany recommends water-based lubricants if you're using condoms, and oil-based lubricants, such as coconut oil or olive oil, if you're not.

Dr. Mbaye added that it's best to avoid flavored lubricants and barrier methods, which can be especially irritating for sensitive skin types, noting that the lubricants with the fewest ingredients tend to be the safest options. She also recommends practicing good hygiene down there, which can help prevent painful urination. "Making sure to clean with lukewarm water and mild, fragrance-free soaps will also decrease your risk," Dr. Mbaye said.

Again, you should reach out to your doctor if your symptoms don't improve or if you're concerned that the burning may be a sign of a UTI, an STI, or, in rare cases, a yeast infection or bacterial vaginosis. A UTI is the most common of these infections, but the doctors POPSUGAR spoke with assured that they're all treatable with prescription medications, which is why it's important to see someone.