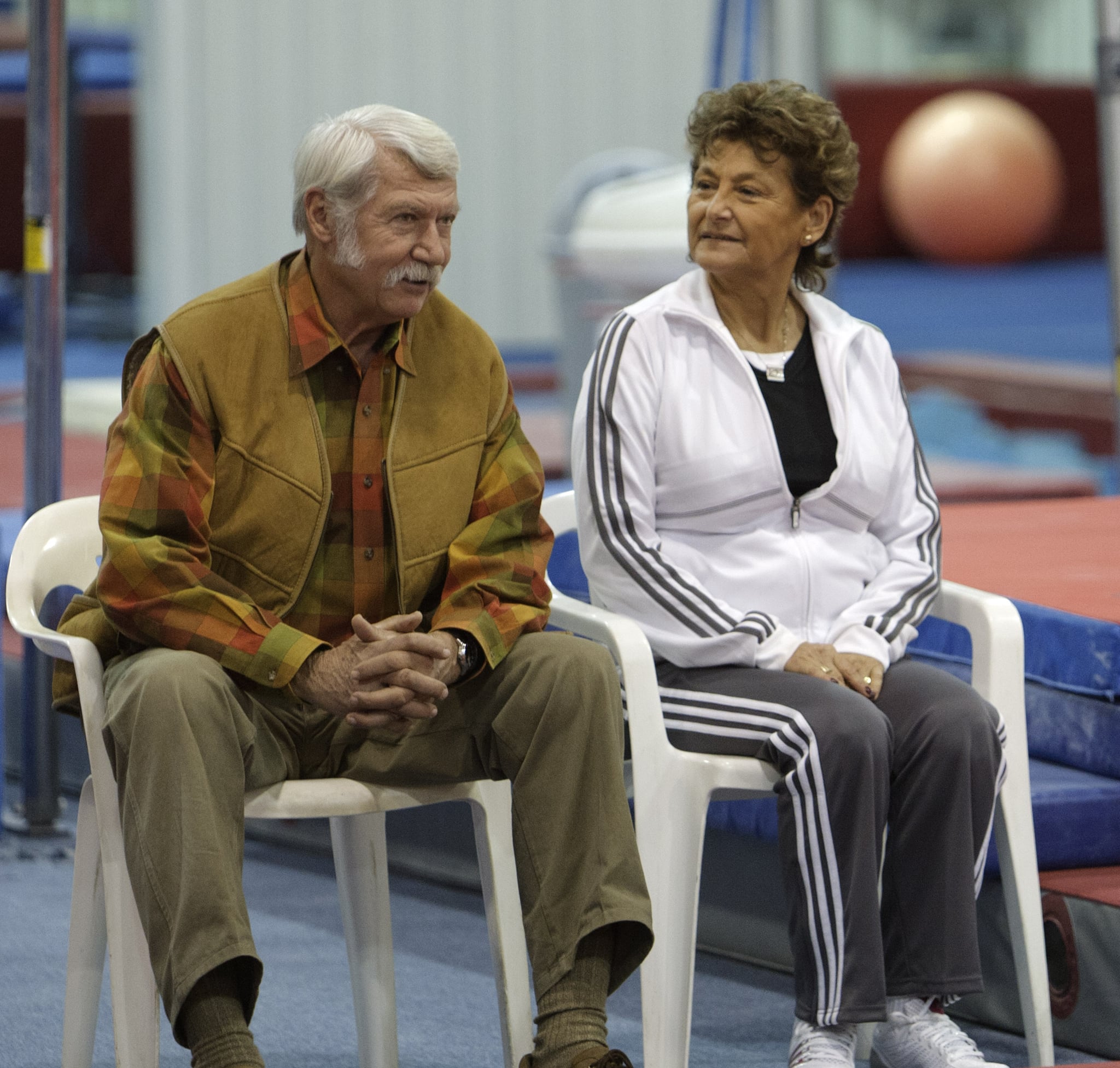 Bela and Marta Karolyi are lauded as the driving force behind USA Gymnastics's (USAG) rise to dominance, but their legacy was tarnished after it was reported that former team doctor Larry Nassar regularly abused athletes during treatments at the couple's famed training center. Netflix's Athlete A takes a closer look at the Karolyis' controversial coaching methods, but you may be curious if the duo is still involved with the program they helped build for more than 30 years.

Bela's reign and subsequent retirement as national team coordinator of USAG preceded his wife's. He's best known for helping propel Mary Lou Retton to Olympic stardom in 1984, and urging an injured Kerri Strug to vault once more to clench the country's first team gold at the 1996 Olympic Games. (That moment is shown through a different lens in the documentary.) After a disappointing run at the 2000 Olympics, Bela retired and passed the baton to Marta, who helped lead Team USA to back-to-back gold medals in 2012 and 2016. Marta's retirement after the Rio Games marked the end of the couple's tenure at USAG.

Just weeks after the Final Five dominated the field in Rio, the Indianapolis Star broke its story about the allegations against Nassar. The Karolyis have repeatedly denied having any knowledge of the abuse, but many gymnasts, parents, and coaches have alleged that the couple created a culture of fear and silence that helped to enable it, with some even suing the Karolyis for damages.

Unlike former USAG president Steve Penny — who faces charges for tampering with evidence related to the Nassar case — the Karolyis are not on USAG's permanently ineligible list, but given that the organization has moved its training camps away from the Karolyi ranch, it seems unlikely that they'll ever be involved with the program again. Whether they'll be freed from civil lawsuits alleging they played a role in Nassar's crimes remains to be seen.