POPSUGAR / paid for by / Under Armour

Together with Under Armour, we're celebrating incredible women who pursue greatness and turn belief into action, redefining what it means to be an athlete.

"I was a natural-born athlete," soccer player Tay Ross said. "The word 'obsessed' isn't enough." Soccer was the sun that her life revolved around — it's been her biggest passion since she was little, and she came to define herself by her love of the game. "Growing up, my best friends were my teammates, practices were my study sessions, and game days were my outlet," she said. "Every player could add their own style of play to the match — I always thought of it as a form of art."

However, the word "athlete" is so often associated with things like grit and toughness — yet being an athlete encompasses so much more than just physical strength. The mental aspect of athletics is just as intense as playing the sport itself, and it's worth exploring how athletes cope when entering the next stage in life after their athletic career "ends." For Tay, that's something she had to wrestle with as her four-year NCAA Division 1 college soccer career came to a close — but her passion for the game didn't fizzle out just because she was no longer part of a team. "I think a lot of athletes really struggle with this and lose their identity after their athletic career ends," she said. "I just hope they keep searching for their other passions." 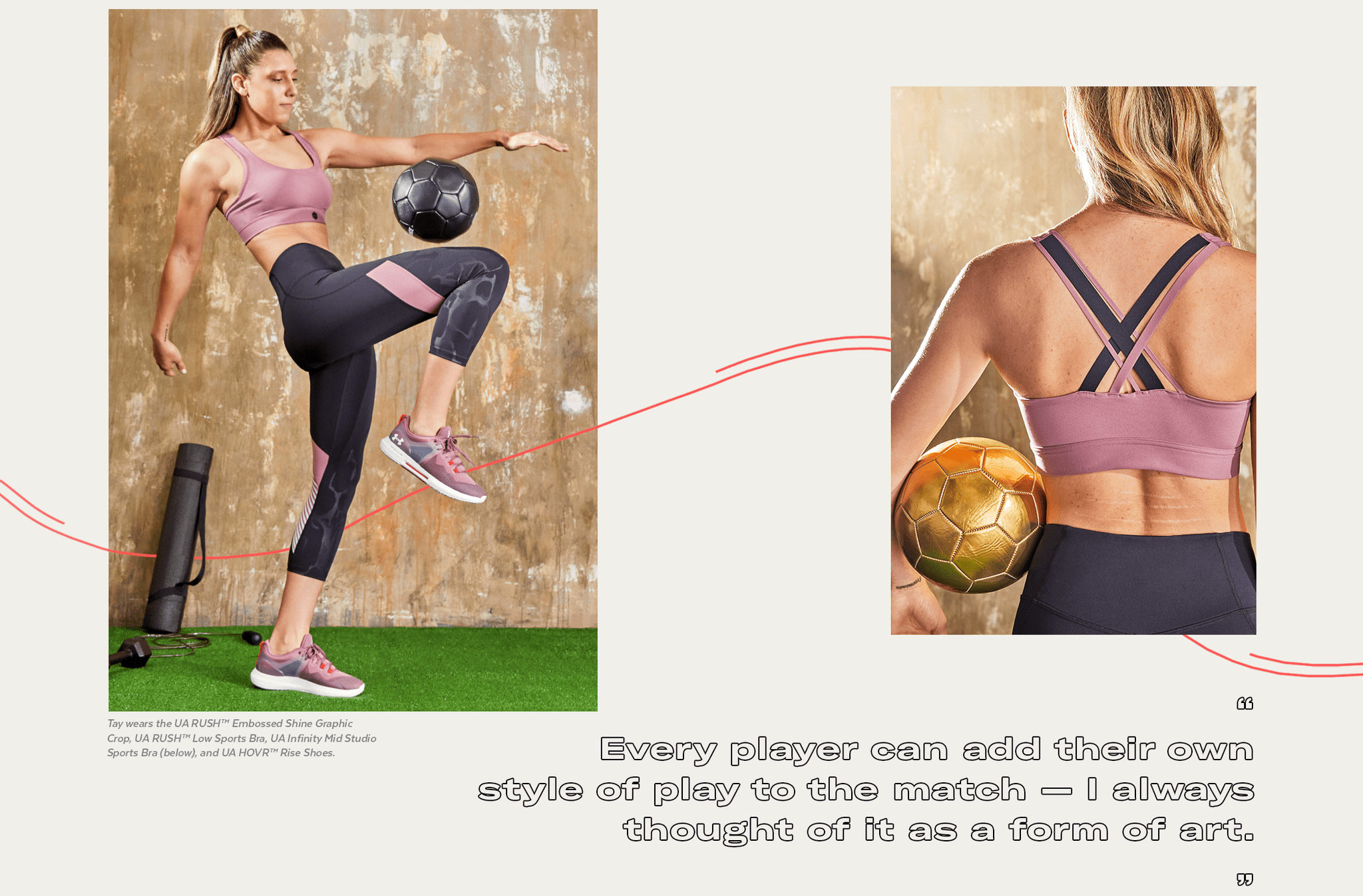 For Tay, that passion was realized early on, and was fueled by her love of soccer. Before reaching the age of 23, Tay had already started multiple businesses within the soccer world, including a company called Cleats Count, an initiative where she and her brother would collect soccer cleats and deliver them to communities in Ethiopia and Kenya. But her biggest entrepreneurial opportunity came to her while on a trip to the Tumaini orphanage in Kenya for Cleats Count, and she started thinking about how she could make a larger positive impact on the world.

"Like many other communities in poverty, they needed a school built so their kids can receive an education, a key in breaking the poverty cycle," she said. "So we came up with an extremely sustainable way to fund school builds through business." Right then and there, her new chapter was born — founding Crossbar, an organization that uses 100 percent of its profits to fund the building of schools in underprivileged communities around the world.

Crossbar's mission is simple: supply high-end soccer goals to leagues across the country, then use 100 percent of the profits to build schools in underprivileged communities. "I'm sure you're thinking, 'Why soccer goals?'" Tay said. "For as long as the game has existed, there have been at least two goals on every field." This basically means that as long as the game is played, there will always be a demand for goals. 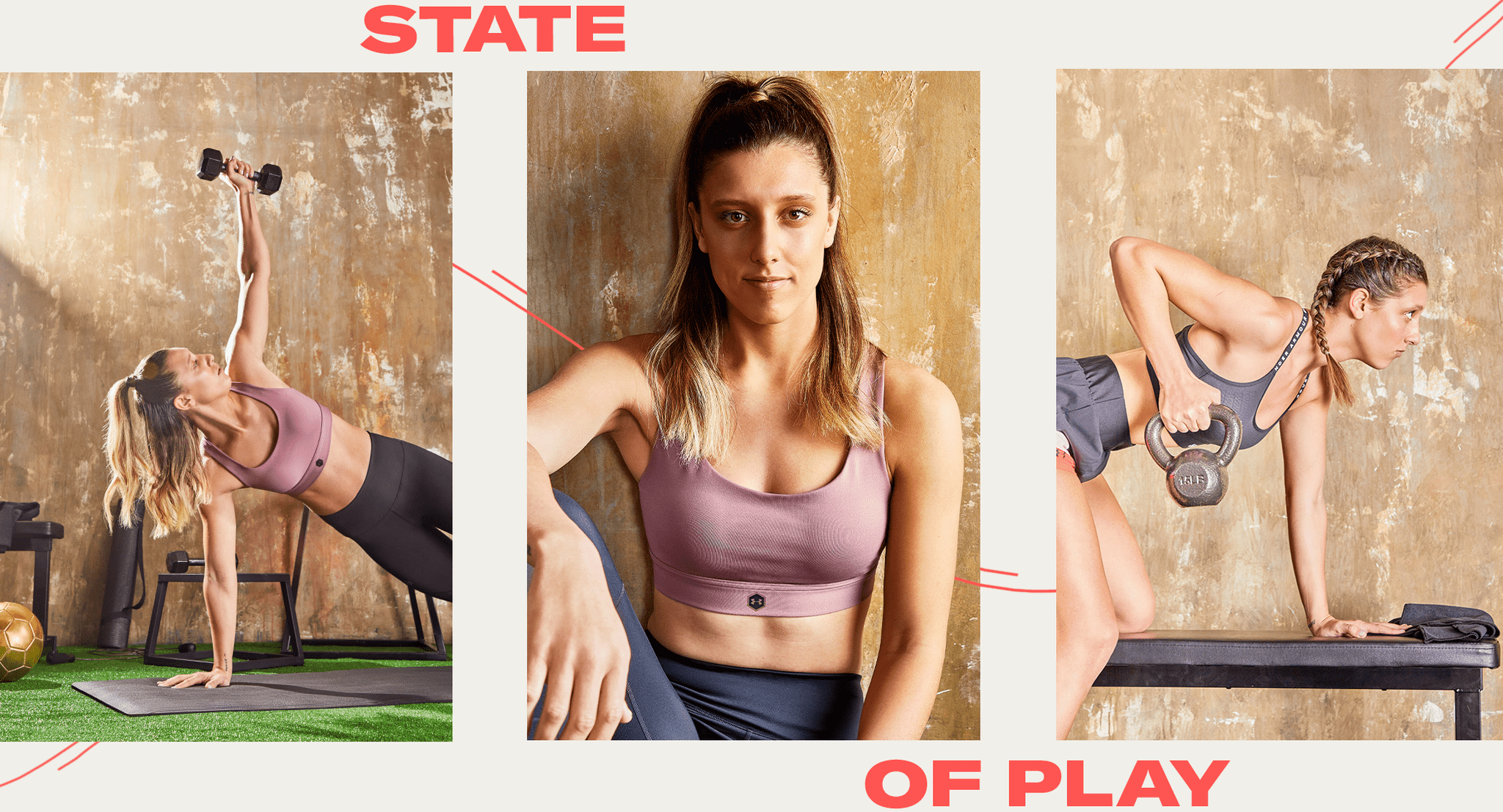 Tay knew that soccer would always be a part of her life, even if she wasn't playing competitively, so Crossbar is her way of fusing her athletic prowess with her entrepreneurial spirit — and her urge to contribute to people in need. "I've come to realize that business is literally just another sport," Tay said. "It takes practice, hard work, strategic planning, and commitment."

To bring Crossbar to life, Tay and her brother partnered with a soccer goal manufacturer that makes the highest-quality soccer goal on the market. So far, they've sold over $16,000 in revenue, Tay said. And all of that money goes directly to communities in need of schools. "We want to challenge the way business is done and bring the concept that you can do well by doing good into the soccer world," said Tay. "I believe that with Crossbar, we can do a small part in ending poverty." 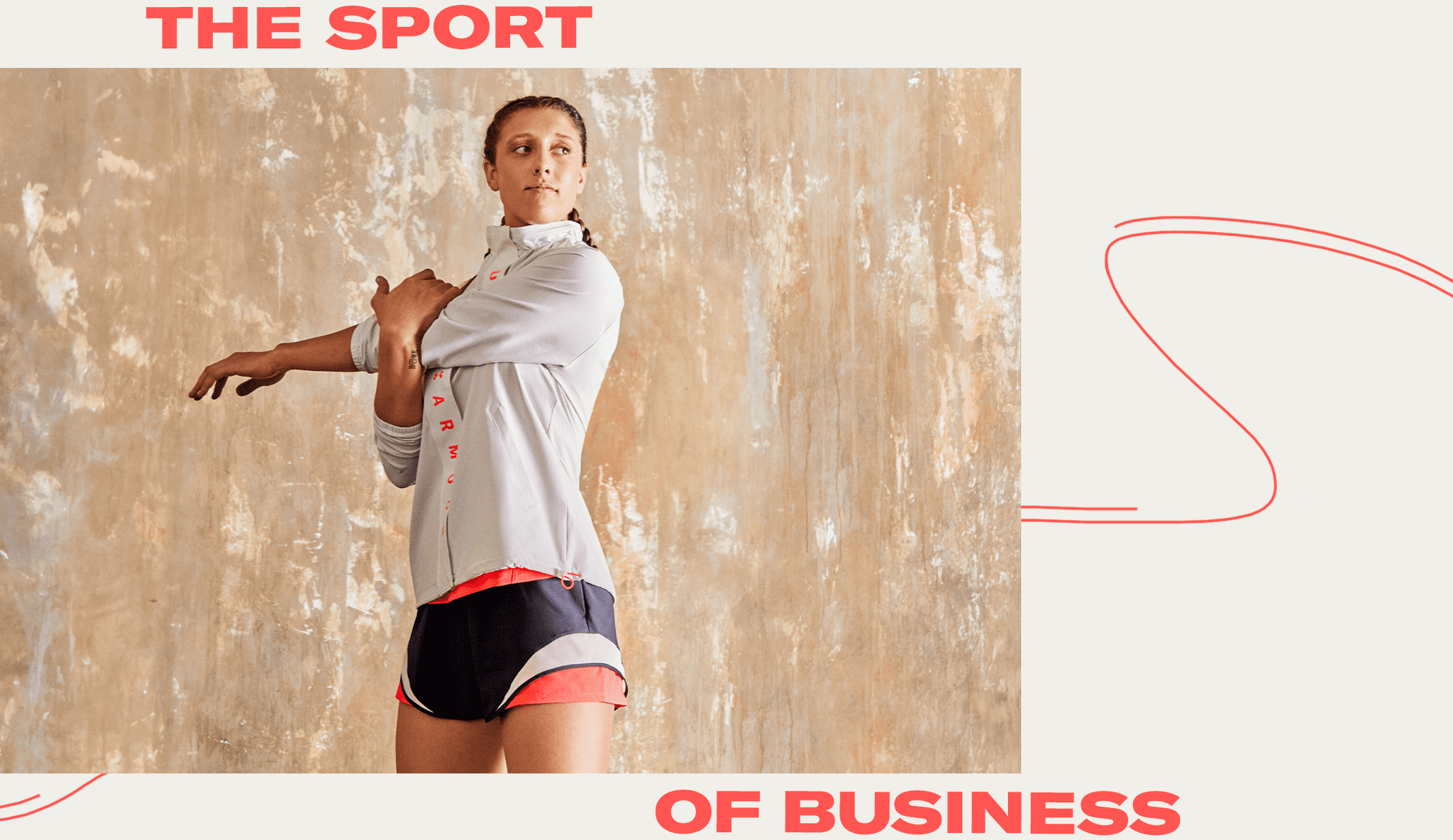 Though Tay's life now revolves more around helping those in need and no longer around her skills on the field, she still prioritizes her fitness, and her self-care practices. She says that being an athlete for so long has made it easy to stay healthy — it just comes naturally. However, she did note that it takes hard work to stay on a schedule once you're no longer part of a team and all that comes with it (a social support system, regular practices, etc.). Tay said she makes a point to workout at least three to five times a week lifting weights at the gym, doing a home workout, or heading outside in the Colorado air for some kind of sport, like snowboarding, biking, softball, or, of course, soccer. 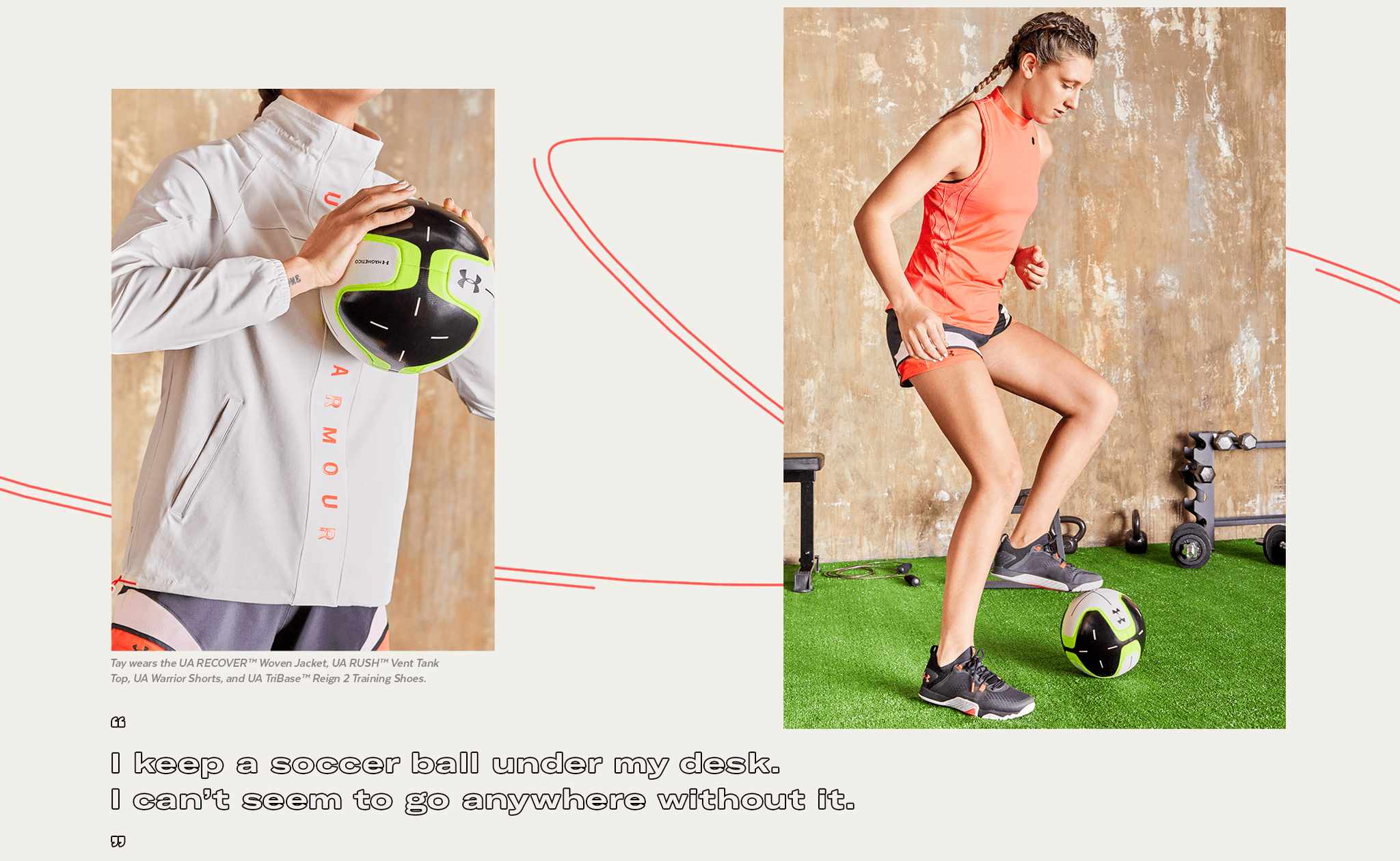 Although she still finds time to kick the ball around, "playing soccer competitively is no longer my whole life like it used to be," Tay said. "Now it's all about Crossbar and what I want to accomplish while on Earth in terms of social impact. The great thing, though, is that I don't miss the game because I never really left it. I keep a soccer ball under my desk. I can't seem to go anywhere without it." 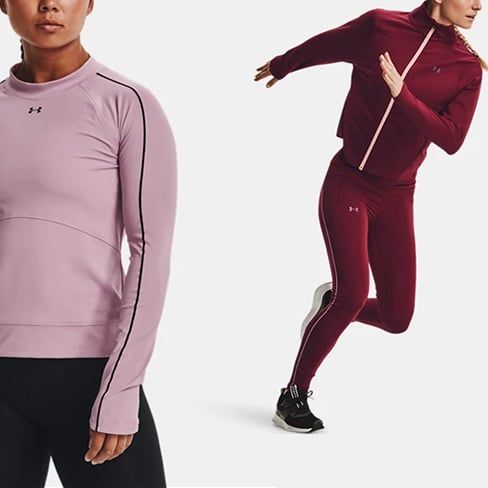 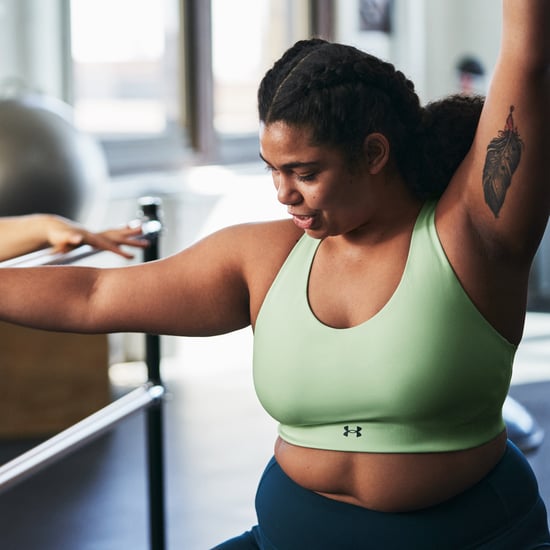 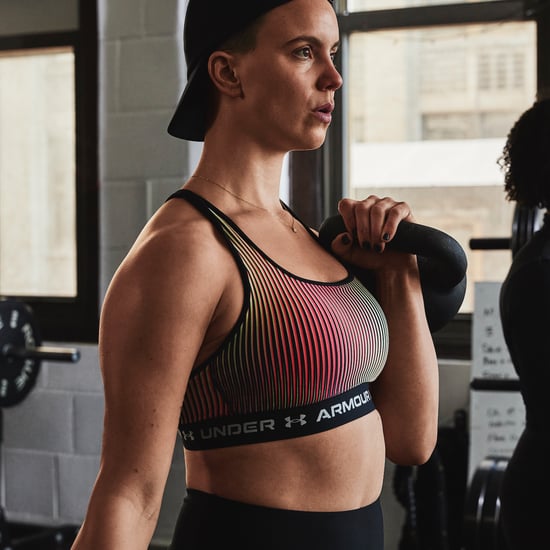 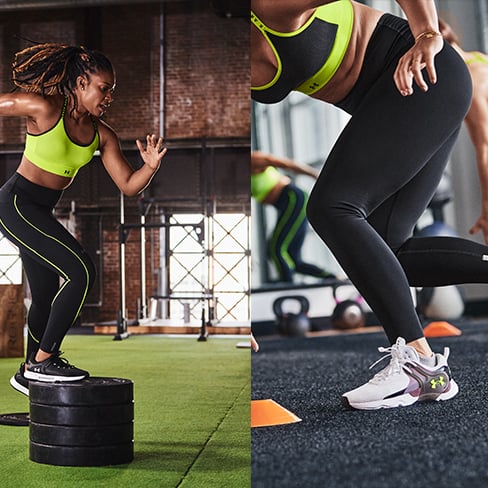 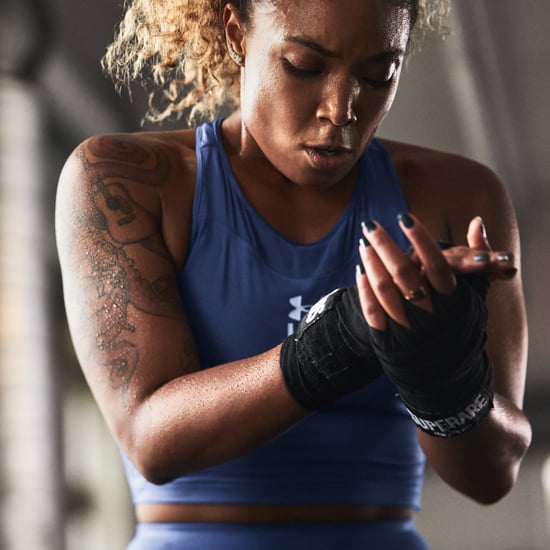