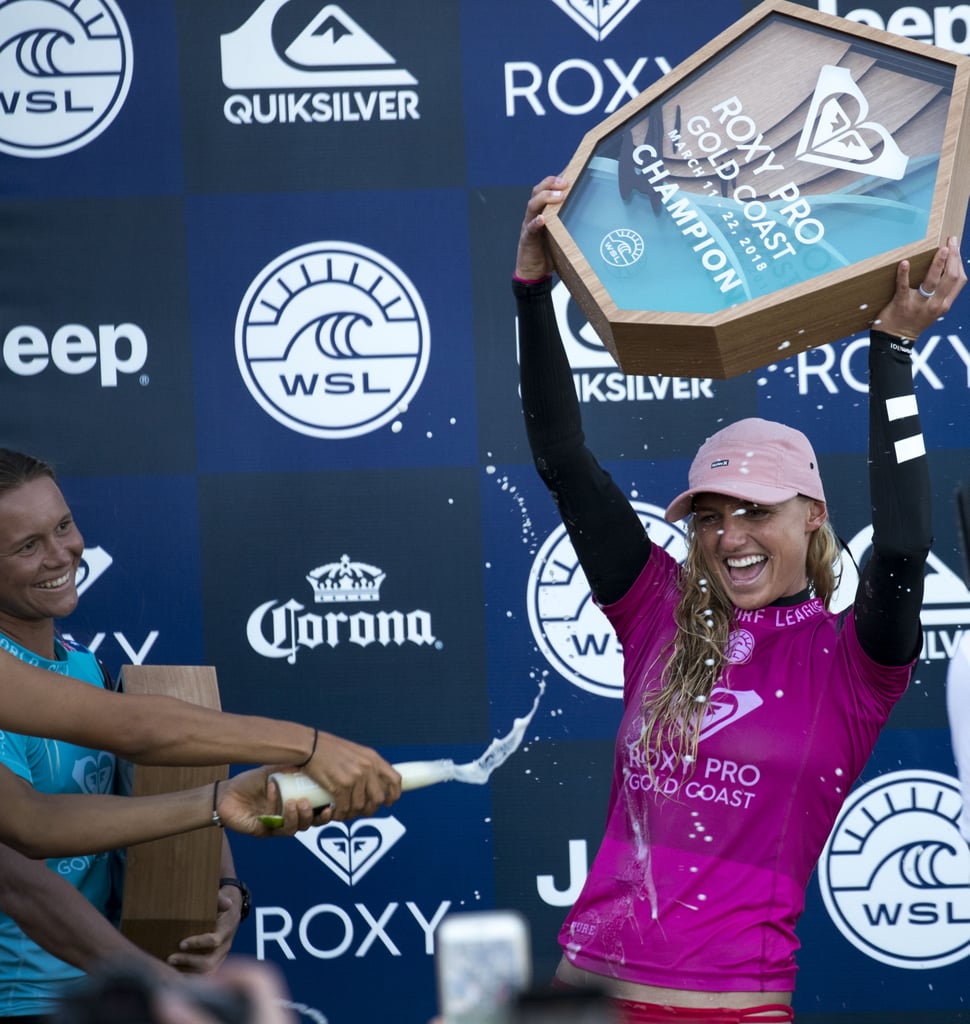 A world title race at the last event of the season? It's familiar territory for Lakey Peterson. She also entered last year's Maui Pro ranked second, also with a shot at becoming the world champion, but a disappointing 13th-place finish dropped her out of contention early. To bounce back, Lakey took an honest but positive approach.

"Last year was a first for me," she said. "It just spun out of control in my head." She told POPSUGAR that, looking back, there was something to be said about coming so close to her dream and falling short. "It was more motivating than ever to come back and be like, 'Gosh, I was so close,'" Lakey said. "It's sort of just a game of inches. When you look back at the whole year, it's like you're one heat away, or you're two waves away potentially from getting a world title. I think it made me more hungry than ever to come back better."

Now in the middle of yet another tight title race, Lakey said she's nervous, but also excited and confident. "The reason we work so hard, and the reason I put so much into it, is to be in this position that I'm in right now, with a shot at the world title and the Olympics."