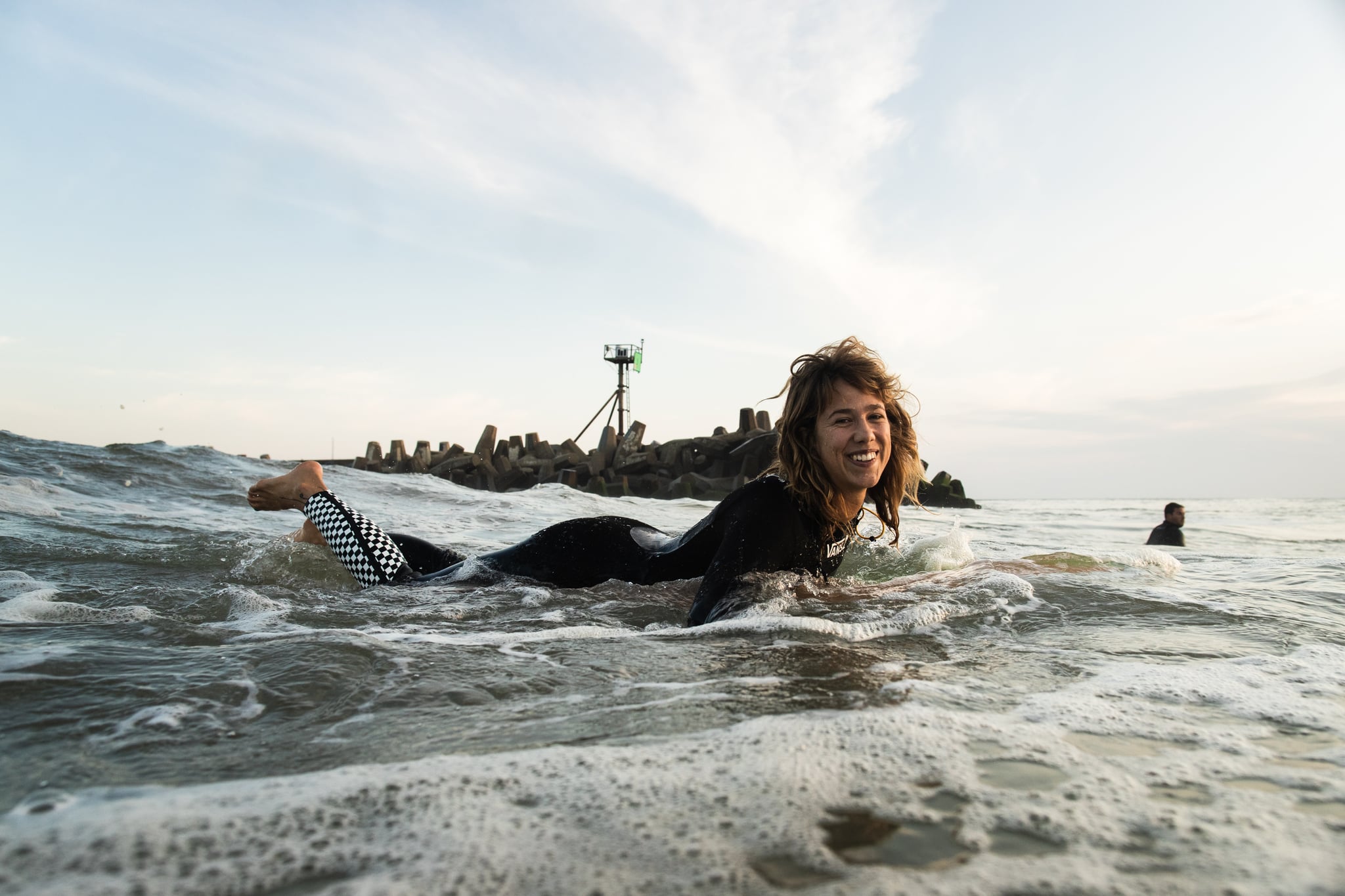 Surfing a wave is a strange sensation: a combination of control and powerlessness, balance and strength, the feeling of flight and the imminent possibility of falling. But if you get it just right, surfing is also "kind of the best feeling in the world," said American pro longboarder Karina Rozunko. "You're getting speed and you're floating on top of water. You're kind of going with Mother Nature."

That can make the whole experience kind of unexpected; there's only so much you can control. "You kind of need to just surf the wave for what it is, instead of trying to manipulate what you want to do on the wave," said Hanna Scott, a pro longboarder from Canada.

But when it all comes together, Karina said, "It's a pretty amazing, incomparable feeling." You can see it just watching longboarders surf: their bigger boards allow surfers to move their feet around the board with a graceful, artistic style. Shortboarding, a discipline that will be contested at the 2020 Olympics, has a more aggressive style; the surfers generate more speed and can distinctively "carve" the water by moving the board up and down the wave itself.

Karina and Hanna, who both recently surfed the Vans Joel Tudor Duct Tape Invitational in Rockaway Beach, NY, are just two of the pro longboarders currently carving out territory in women's surfing. It's an inclusive, supportive community that's blossomed over the past few years, they said, open to anyone with the desire to pick up a board and make a name for themselves.

"When I first started, I didn't really know any other girls that surfed," Hanna remembered. "I definitely never saw them in the water." Now, she said, that's changed. She lives in Tofino, British Columbia, a hotspot for Canadian surfing, where "there's a huge female surf culture," she told POPSUGAR. "It's almost 50-50 in the water. There are always tons of girls out."

"There are so many girls doing different things," added Karina, who's from California. "It's not just up to one person, or a specific type of girl surfer. You have people who are getting tubes, and you have the girls who are nose riding."

That means that the classic stereotype of a surfer girl — or a surfer dude, for that matter — is beginning to change. "Maybe when I was growing up and I would hear 'surfer girl,' you'd think of. . . the blond surfer girl, who's on a shortboard, who has her Roxy. That's kind of what I had in my head," Karina said. There wasn't anything wrong with that, she added, but there are so many more girls out there surfing now, coming from different backgrounds. "There's naturally going to be different types of surfers, and I don't think you can put anyone in a box and say, 'This is a surfer girl.'"

For Hanna, it feels like there's now space for female surfers to explore different styles, opening different avenues of the sport and the culture around it; this year, both Hanna and Katrina showed film projects at a new Vans Movie Night at the invitational, created to showcase the artistry of female surfers both in an out of the water. Women who surf, Hanna said, "don't have to all surf in the exact same way. It feels like there's kind of a place for people to do whatever they want to do."

Related:
Surfer Lakey Peterson Says Your Body Is "Nothing to Be Ashamed of," and We Couldn't Agree More
Image Source: Jimmicane for Vans
SportsAthletes