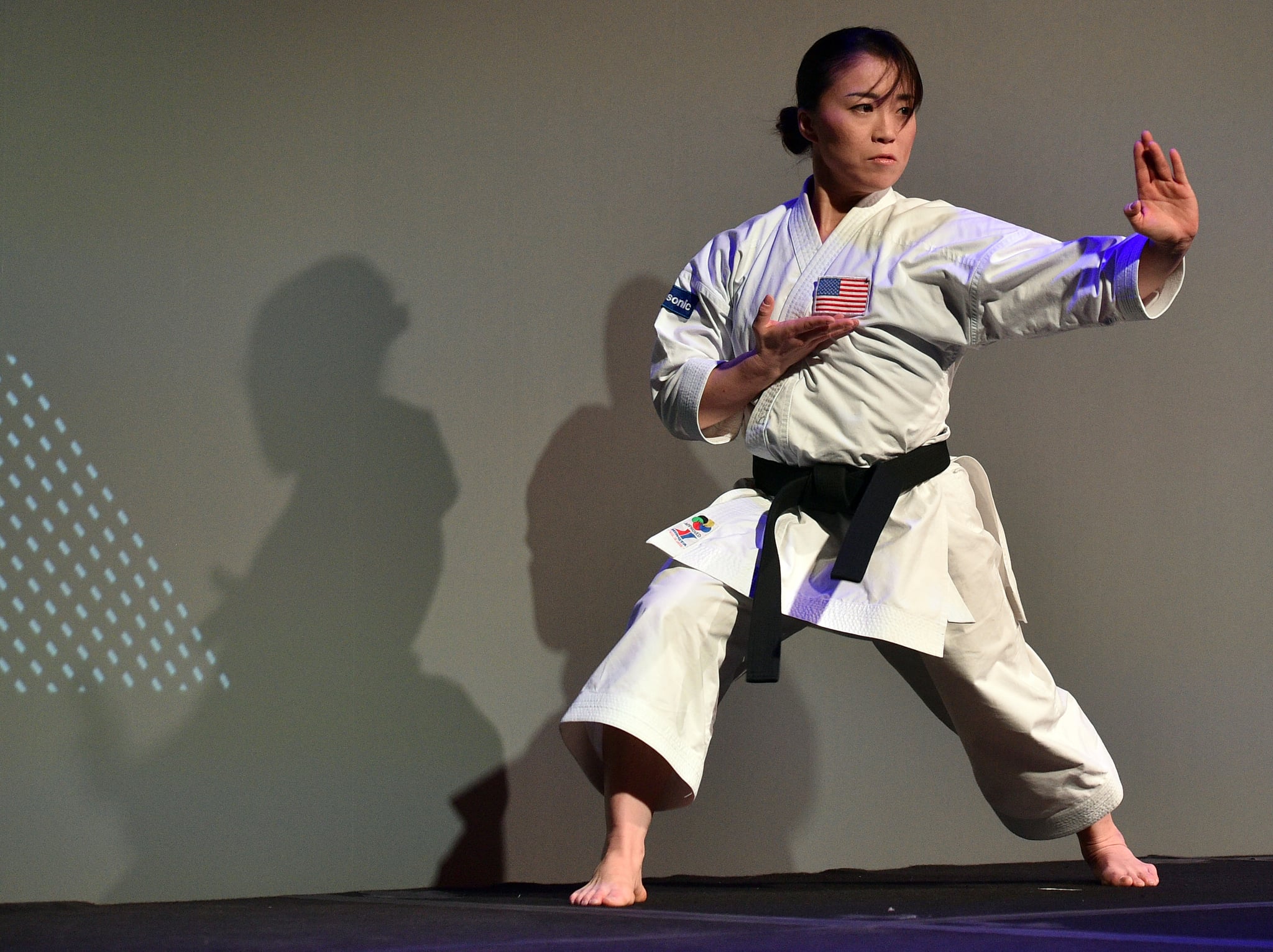 The World Karate Federation announced the first 40 athletes heading to the 2020 Tokyo Olympics today, including the first (and so far, only) American to qualify: Sakura Kokumai, a 27-year-old Hawaii native who's been doing karate for 20 years.

"21 qualifiers over the course of two years. Traveling, training, walking into the ring alone. Not easy. But I never gave up," Kokumai wrote on Instagram. "Tokyo . . . I'm coming for ya." Kokumai competes in kata, a discipline in which athletes compete alone, performing a series of precise and powerful movements in front of a panel of judges. In an interview with CNBC, Kokumai described it as "figure skating without music." (In the other Olympic discipline, kumite, athletes spar against each other to determine a winner.) Only 10 men and 10 women total will compete in Olympic kata this year, making Kokumai's qualification even more impressive.

The WKF was forced to cancel the final Olympic qualifying tournaments due to the coronavirus pandemic, Team USA reported, prompting the federation to pull in qualifiers based on their current global rankings. Now qualified are the four highest-ranking athletes in each of the eight Olympic categories: kata and the three weight classes of kumite for men and women. The eight Japanese athletes fulfilling the host nation quota were also announced.

Kokumai might be Team USA's best hope for a medal in karate, with silver medals in two Karate1 Premier League tournaments this year and a 2019 Pan American Games gold. She's currently ranked fifth in the world. (A Japanese athlete ranked ahead of her qualified under the host country's quota, opening up a spot for Kokumai.) Karate is one of four sports debuting in Tokyo this year, and we'll definitely be keeping an eye on Kokumai as she goes for gold.