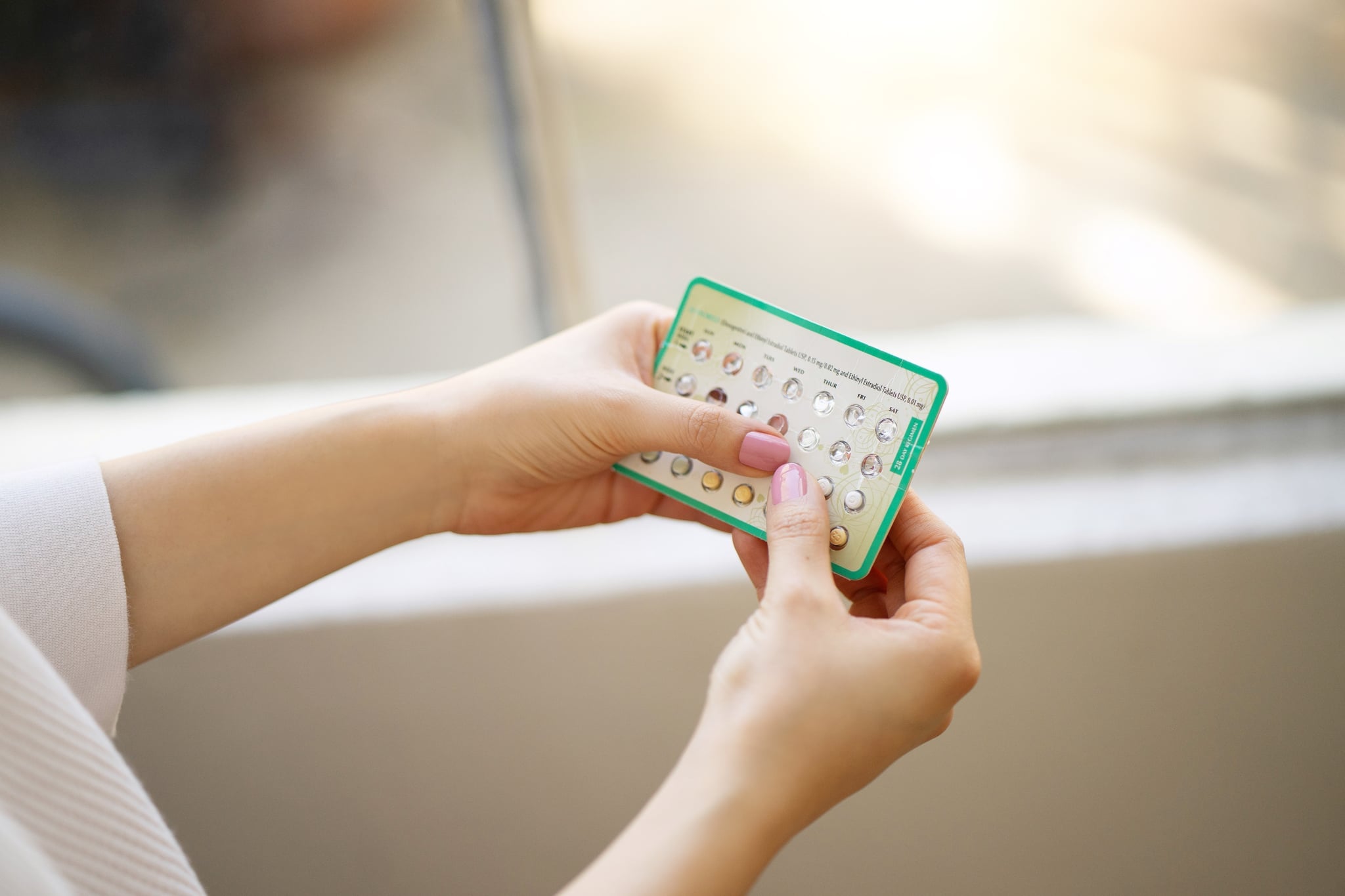 Most birth control pills contain two hormones, estrogen and progesterone, which work in combination to stop ovulation and prevent pregnancy. Usually when someone is on "the pill," that's what they're taking — but some people opt for a progestin-only pill, also known as the minipill.

There are many reasons a doctor might recommend a progestin-only pill (POP), which you can find in this comprehensive chart from the Centers For Disease Control and Prevention. For example, some people are at greater risk for complications from estrogen-containing pills, like those with blood-clotting disorders or certain types of migraines. Just like any birth control, though, progestin-only pills can have downsides. Here's what you should discuss with your ob-gyn.

Related:
I Tried the Birth Control Implant — Here's Why I Ultimately Had It Removed

What Are the Side Effects of Progestin-Only Birth Control Pills?

Most progestin-only pills contain a hormone called norethindrone. The most common side effect of the norethindrone minipill is irregular bleeding. Why? Unlike combination pills, these progestin-only pills do not prevent an egg from being released. Instead, they prevent pregnancy by thickening the mucous of the cervix, which acts as a barrier to sperm, and thinning the uterine lining, making it more difficult for a fertilized egg to attach. Because ovulation isn't controlled by this type of pill, a person can bleed or spot unpredictably.

Some may also experience acne, headaches, breast tenderness, or ovarian cysts while taking the minipill. Notably, it's also extremely important to take the minipill at the same time every day. The effects of the pill lessen dramatically after 24 hours, so taking it more than an hour late can substantially increase the risk of pregnancy.

In 2019, a new type of progestin-only pill arrived in the US. This one contains a hormone called drospirenone, which unlike norethindrone, actually does prevent ovulation. Because it works similarly to a combination pill, it's less likely that someone will experience irregular bleeding after an initial adjustment period of one to three months. However, because the drospirenone pill is the first of its kind and relatively new to the market, it may take some time for insurances to cover it well or pharmacies to stock it. Still, it's worth discussing with your doctor if you're concerned about the side effects of progestin-only birth control — just as you should before starting any hormonal method.

Health News
Monkeypox Cases Are Spreading; Here's What You Need to Know
by Jenny Sugar 27 minutes ago