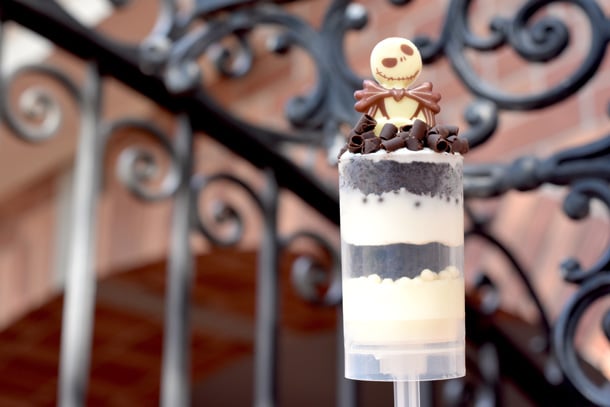 Disney's classic Mickey Mouse-shaped waffles just got an exciting update! As part of Mickey's Not-So-Scary Halloween Party, the Magic Kingdom's Halloween evening festivities, Disney will be debuting pumpkin-flavored waffles. Not only that, but the park will also be introducing several other limited-edition treats for the holiday.

In addition to the waffles, Magic Kingdom will be selling a decadent cinnamon roll, pumpkin cheesecake, tarts inspired by the Haunted Mansion, and more. There is a notable catch: the sweet snacks will only be available during Mickey's Not-So-Scary Halloween Party. If you don't have tickets for the party, however, there will still be other great seasonal desserts available during the day. The new menu items will be for sale starting on Aug. 25 until Nov. 1. Learn more and find out where you can get all of these desserts ahead.

Related:
No, You're Not Hallucinating — Mickey and Minnie Are Swimming in Disney's Coffee
Previous Next Start Slideshow
HalloweenWalt Disney WorldFood NewsDisney
Around The Web

Costco
Costco Is Selling Moutai Astrology Liquor, So Having a Drink Tonight Really Is Written in the Stars
by Sydni Ellis 1 day ago

Food Shopping
You Could Build a St. Patrick's Day Charcuterie Board With Aldi's Irish Cheese Collection
by Chanel Vargas 2 days ago

Food Shopping
Cheez-Its Are Now Available in the Form of Cheesy Popcorn, and Wow, I'm Drooling
by Yerin Kim 2 days ago