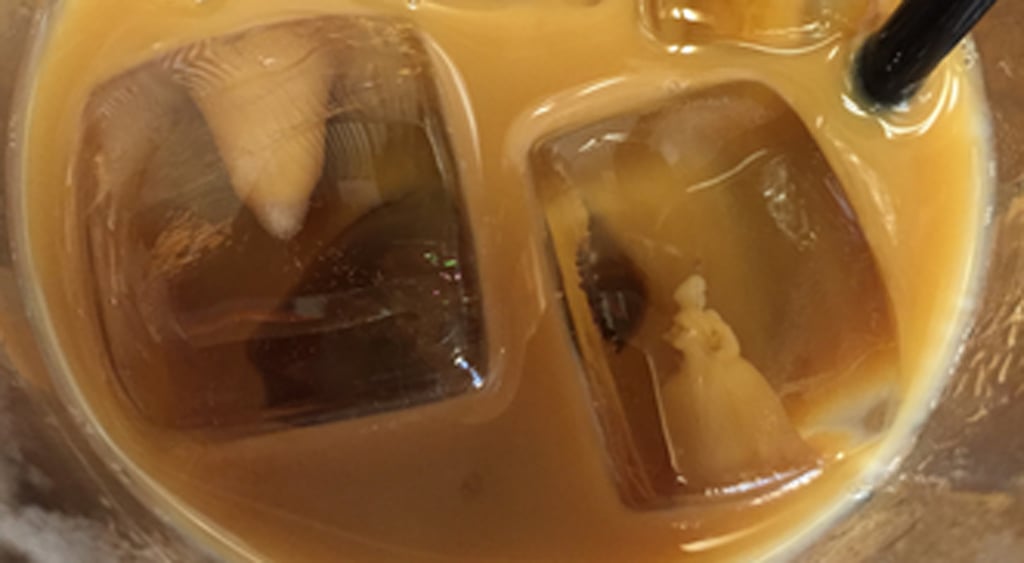 An iced coffee is probably the most magical pick-me-up of the day, but add in a Disney princess? Well, there's your happily ever after. Twitter user niiiiiifaaaaa shared a photo of her iced drink and in it, one ice cube didn't look like the rest. There's an outline that can only be described as a Disney princess in a ball gown frozen inside a cube, prompting many people to speculate whether it's Cinderella or Belle. Be right back, guys — checking the ice in my cold brew now.

Hershey's
Strawberry Ice Cream Cone Hershey's Kisses Are a Thing, So Get Ready to Scoop 'Em Up
by Haley Lyndes 20 hours ago

Food Reviews
Is the New Dunkin' Donuts Avocado Toast Worth It? I Tried It to Find Out
by Sydni Ellis 1 day ago