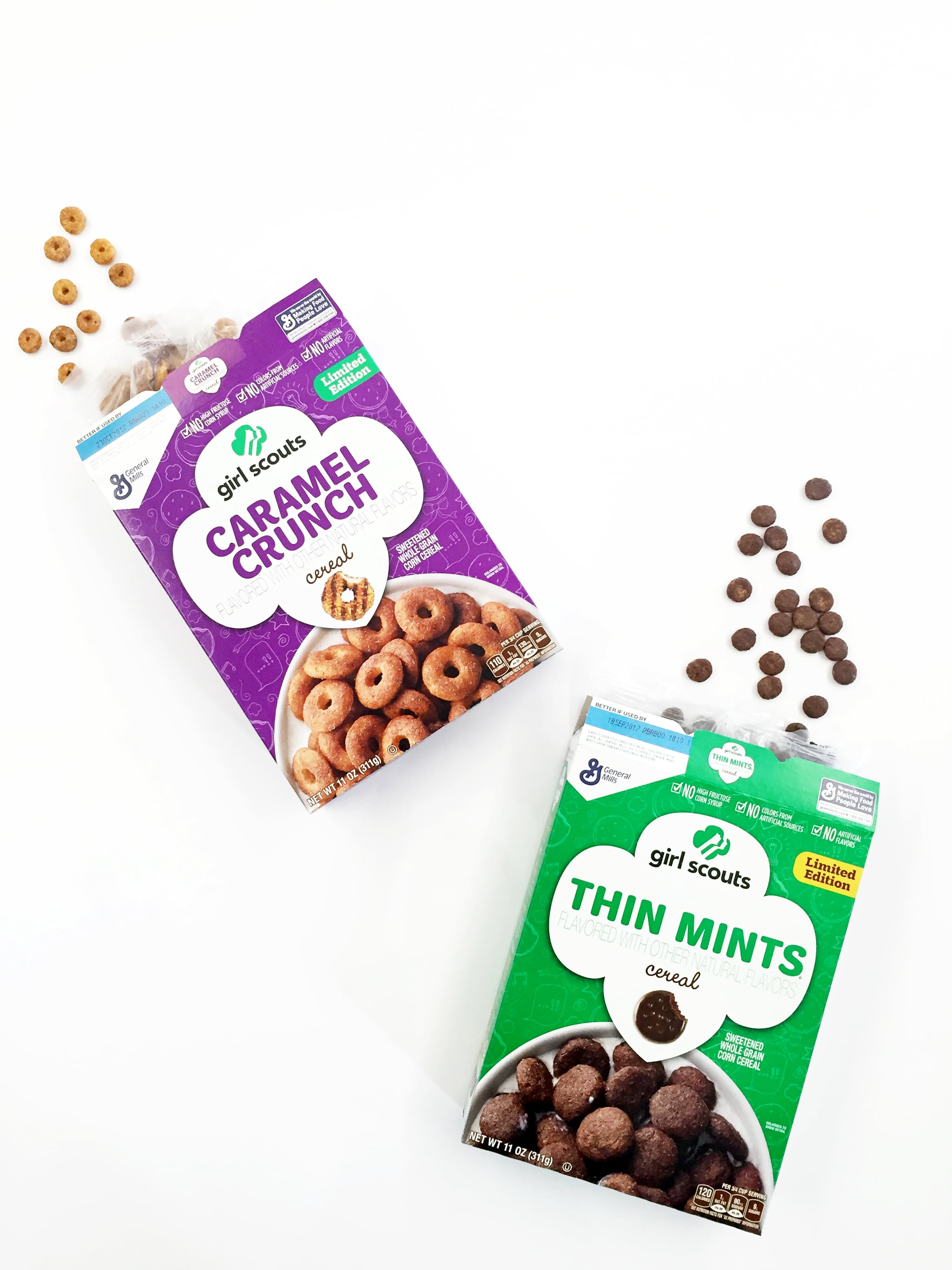 The internet had an understandable meltdown when the news of Girl Scout Cookies Cereal broke. So when we got our hands on a box of the cereal, which will hit shelves in early January 2017, our hopes were as high as they could get. Would the breakfast-approved versions of Thin Mints and Samoas taste as good as the cookies? Here's the verdict from self-proclaimed Girl Scout Cookies enthusiasts.

Thankfully, these mini chocolate circles lived up to every Thin Mint-lover's dreams. "Kind of like a minty Cocoa Puff," as one editor noted, this crunchy cereal tastes like the inside of a Thin Mint. While we're left craving that outer layer of icing traditionally found on a Thin Mint, we admit that might be a little much for breakfast. You might want to put away the box after you pour yourself a bowl, because these bite-size Thin Mints are dangerously addictive.

The second flavor, Caramel Crunch, is inspired by both Samoas and Caramel deLites. Undeniably caramelly, this cereal has a somewhat maple-like flavor that reminded some of us of French Toast Crunch (yes, please). This cereal doesn't taste quite as much like the original cookie as the Thin Mint cereal does, but it's pretty darn close.

Each cereal costs $3 for an 11-ounce box and $4 for an 18.5-ounce box. Keep your eyes peeled in early January, and grab this limited-edition cereal while you can.

Food Shopping
Costco Is Selling a Nearly 4-Pound Decadent Fudge Brownie, and I'm Ready to Inhale It
by Karenna Meredith 17 hours ago