For nearly a decade, I've started more mornings than not with a bowl of oatmeal, so to say that I've experimented with techniques and toppings is a gross understatement. For the past couple years, this has been my go-to technique, and I'm pretty certain I'll be sticking to it for some time to come, as the oatmeal is creamy and has a texture similar to steel cut but can be made in as little as 20 minutes (most of which is unattended). 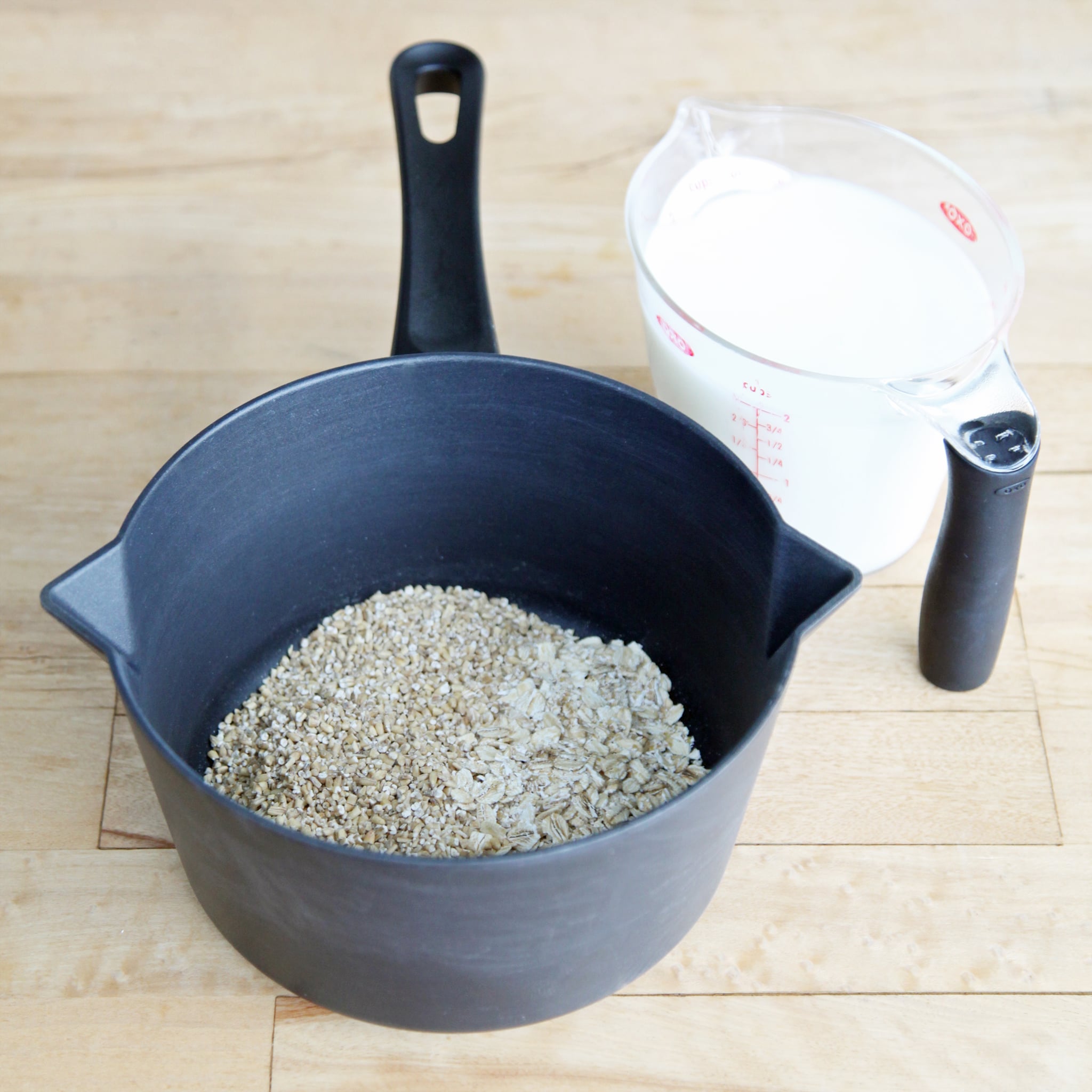 The secret to its success: going half and half on both types of oats (rolled and steel cut) and liquids (whole milk and water). The steel-cut oats add nubbly toothsome texture, eliminating any comparisons to wallpaper paste, while the rolled oats cook up quickly and add silky texture, which compensates for slightly undercooking the steel-cut oats (to properly cook a bowl of 100 percent steel-cut oatmeal, you need at least 40 minutes). The half-and-half ratio of milk to water adds just enough richness.

As for toppings, I've tried many combinations; below are a few suggestions. If you'd like to experiment yourself, a good place to start is with 1/4-1/2 cup fruit (frozen works great; just add it to the oatmeal in its last few minutes of cooking to thaw the fruit); 1-2 tablespoons nuts, seeds, or nut butter; and a sweetener to taste (maple syrup, brown sugar, honey, etc.).

Some combinations to try:

To measure 1/6 cup, fill a 1/3 cup measure halfway (it doesn't have to be a superprecise measurement).

If you don't have 20 minutes to spare, reduce the liquid slightly (the oats need to be completely covered with liquid), increase the heat to medium-low, and keep a watchful eye on the pot, stirring more frequently. The texture won't be quite as creamy, but it'll be almost as good, while shaving 5-10 minutes off of the cook time.

A nonstick saucepan isn't imperative, but it makes for much easier cleanup as oatmeal will cling to stainless steel.