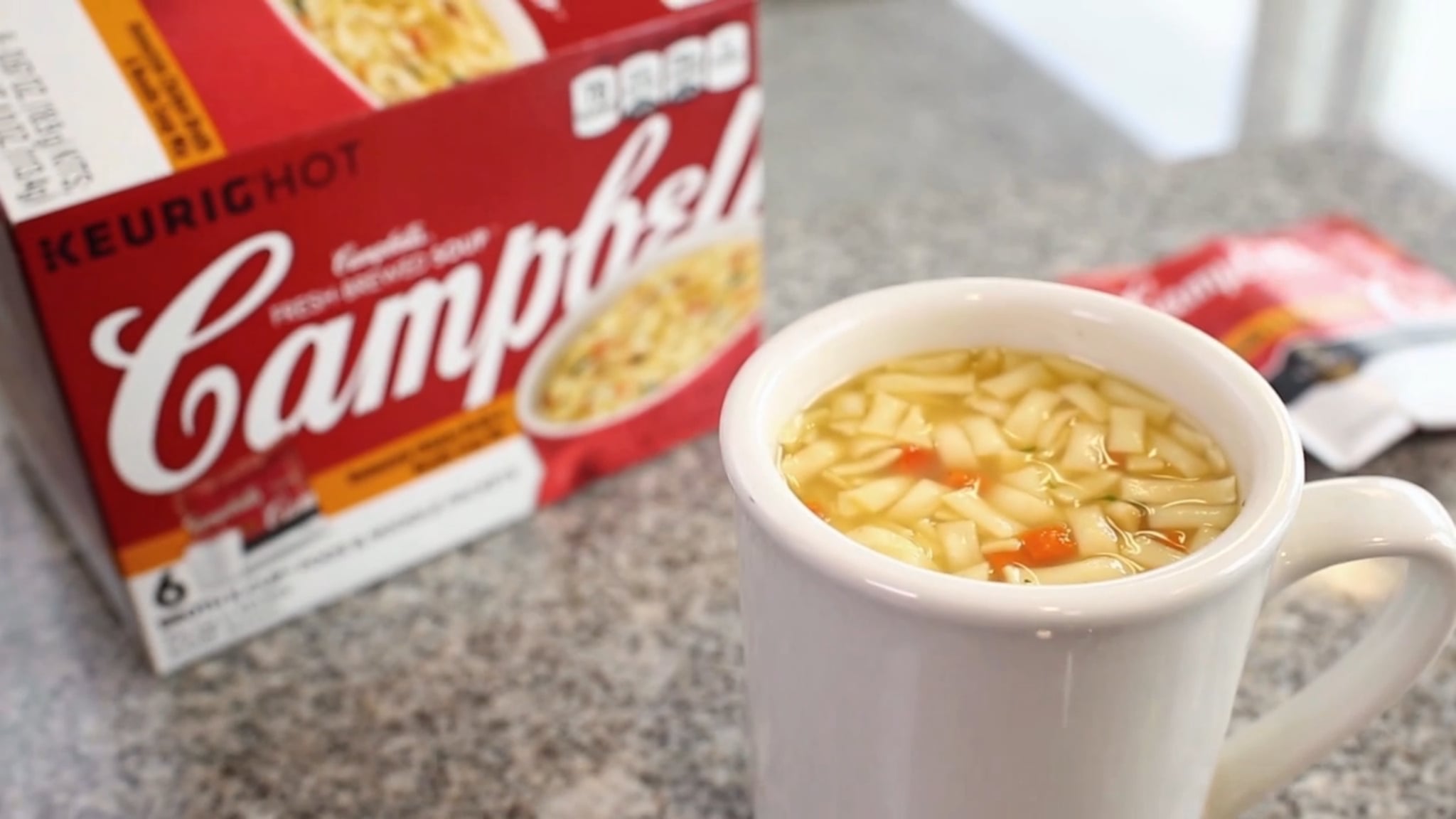 We all did some weird, slightly pathetic stuff to prepare food while in college (or when we were feeling extra lazy) . . . we're not above occasionally cooking ramen with a coffeemaker. But the latest product release from Keurig isn't just meant for students and singles; Campbell's Fresh-Brewed Soup is made with K-Cup pods, allowing you to cook soup with the same machine that brews your morning cup of joe.

Yep, that's right — those same convenient little cups that allow you to brew your favorite hot drinks in mere seconds also work for soup. The pods, which are now available in Homestyle Chicken Noodle ($12 for eight) and Southwest Chicken Noodle ($12 for eight) varieties, come with separate packs of noodle mix that you simply add to a mug and brew the K-Cup broth over. Convenient? Totally. But does it actually sound good? You decide! Watch Keurig's demo video here, then vote in our poll about the intriguing new way to eat soup.

Food News
These Chocolate Marshmallows Have a Sweet Peppermint Center — Holiday S'mores, Anyone?
by Karenna Meredith 2 days ago

Food News
Cracker Barrel's 2020 Thanksgiving Dinner Options Are Here, and They Start as Low as $40
by Emily Weaver 1 week ago