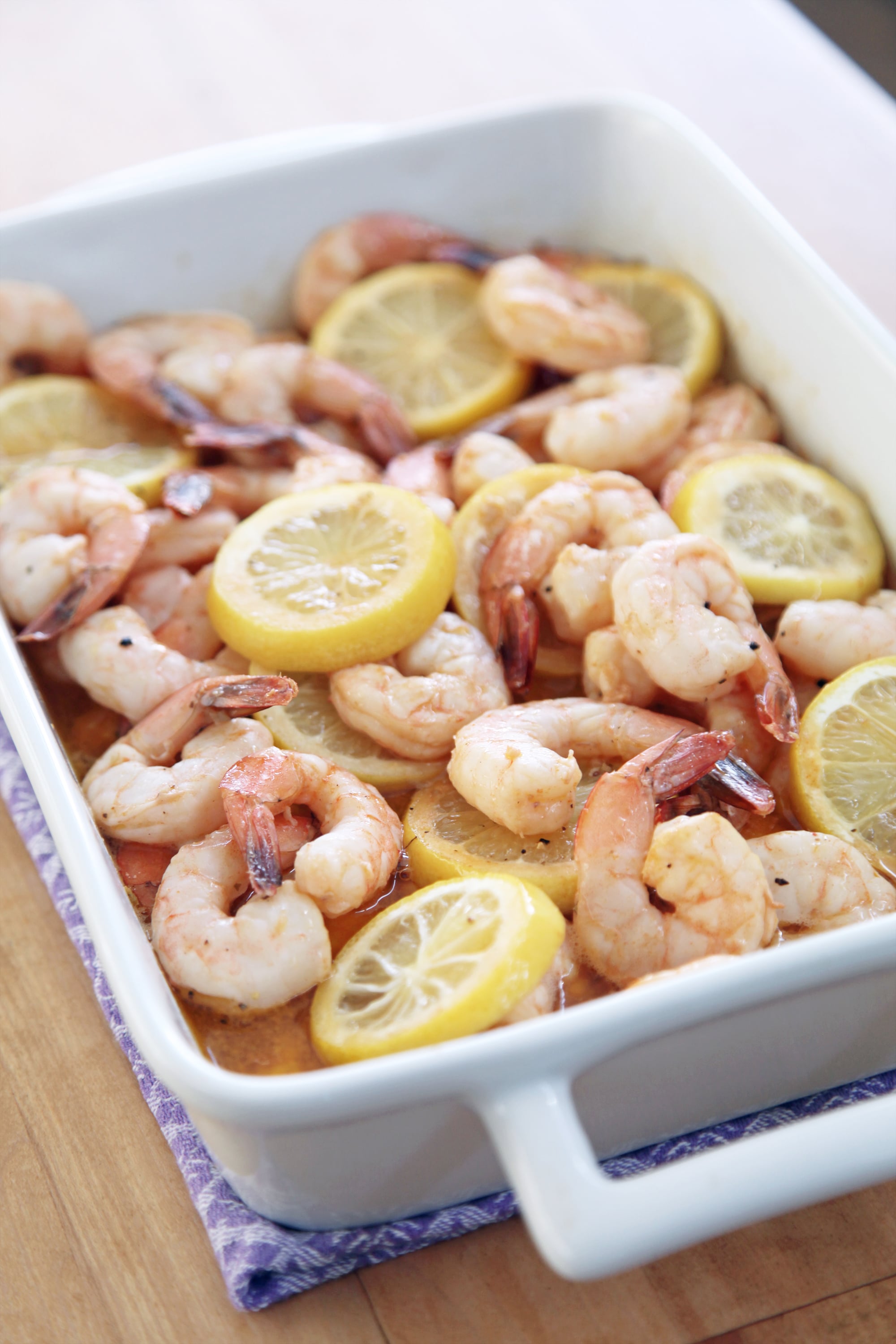 Say what you will about Paula Deen, but the woman knows her way around a stick of butter — or rather, sticks of butter. In this recipe of hers, shrimp is bathed in a luxurious hot-sauce-spiked lemon butter sauce. The shrimp bakes up perfectly snappy, juicy, and tender, and the sauce will make you want to lick your plate. (Don't do that — mop it up with sliced baguette.)

The one issue lies in the ludicrous volume of butter in Paula's original recipe: a whopping four sticks of butter to five pounds of shrimp. Now, I'm sure that's delicious, and I'm not exactly butter-phobic, but I just couldn't. Instead, this modified take scales the ratio back by about half to one stick of butter for two pounds of shrimp. Still lush and decadent, but a little bit less heart-attack-inducing.