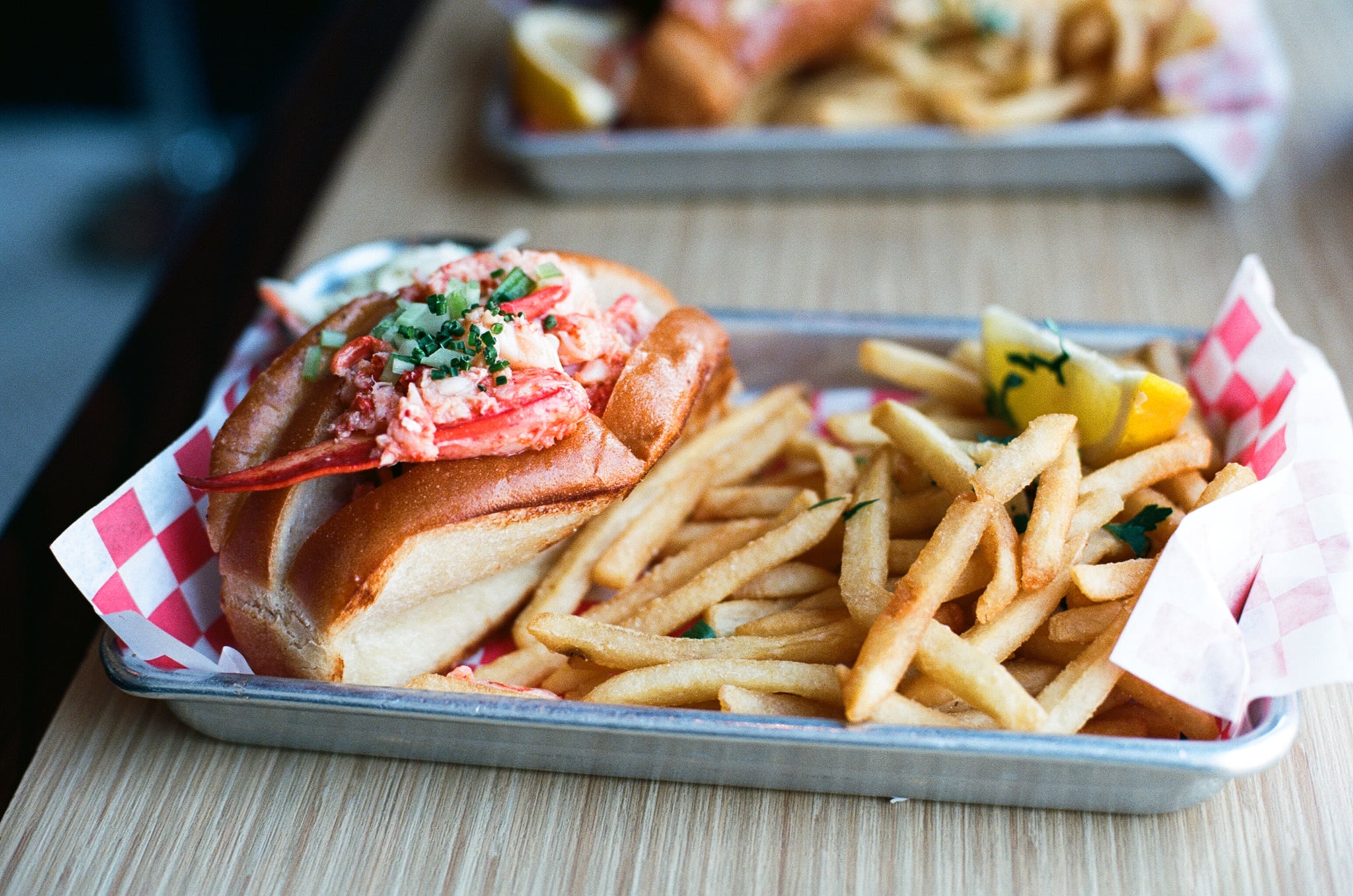 If you've ever been on the East Coast in the Summer, you've probably experienced the pure joy that is a lobster roll (and if you haven't, what are you doing with your life?). It usually looks like this, is either a hot sandwich filled with butter-dressed lobster or a cold sandwich with a light mayo-celery dressing, and costs around $15 or $20 (worth every single penny). New Englanders can find them all over the place, and now they'll even be able to get them during their McDonald's run. Behold, the McLobster.

It costs $8 and is made with "100 percent real North Atlantic lobster and mayonnaise dressing layered on a bed of crisp leaf and shredded lettuce, served on a homestyle, toasted roll," a McDonald's spokesperson told The Huffington Post. This actually isn't the first time McDonald's has added a lobster roll to its menu — it was available nationwide in 1993 and in New England during the Summer until 2005. It's also available in Canada for a limited time each year, and a lot of people love it (hashtag McLobster — check it out).

Food NewsSummerMcDonald'sSandwichesLobsterSummer Food
Around The Web

Food News
Ready For an Experience Out of This World? Order the Starbucks WandaVision Frappuccino
by Haley Lyndes 11 hours ago

Costco
Costco Is Selling Moutai Astrology Liquor, So Having a Drink Tonight Really Is Written in the Stars
by Sydni Ellis 4 days ago