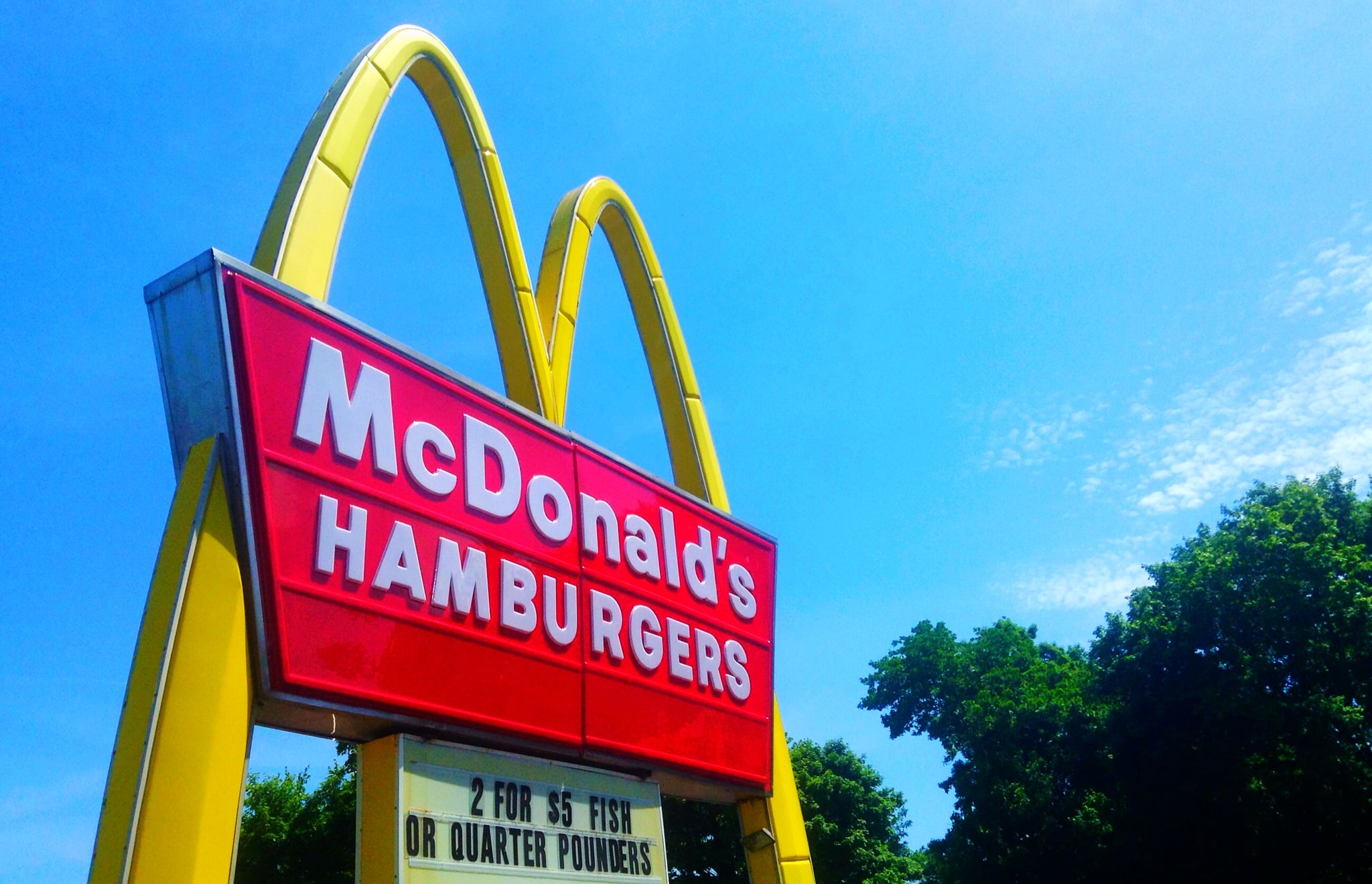 The McDonald's Golden Arches symbolize one of the most delicious and sought-out fast food establishments in the world, but they're unquestionably easier to find than a functioning McFlurry machine and now we know why. Employees revealed tons of secrets about what it's like to work at McDonald's in a Reddit AMA, and we are fascinated. During the "Ask Me Anything" conversation, employees chimed in to talk about why the ice cream machine is always "broken," what causes employees to mess up orders, and how "fresh" the chicken nuggets are. Keep reading to get the scoop.

There's a reason the McFlurry machine is ALWAYS broken.

Without a doubt, the first burning question that comes to mind when thinking of McDonald's is about the never-functioning McFlurry machines. The employee had some interesting reasoning behind the machines, and no, it's not because the employees keep them all for themselves. If the machine is always "broken" at the same time of day, "two things could be going on; one, it is just "broken" because they don't want to deal with it slowing down their times or their cleaning timer is set around that time for whatever reason. Option two is they're franchise and the owner is too cheap to get it fixed properly."

Another McDonald's employee chimed in explaining the functionality of the machine itself. "The reason is mostly because the machines are sh*t," they shared candidly. "The McFlurry/Milkshake machine is prone to breaking all the time and the amount of time it takes to get it repaired can put it out of commission for a day or two. Plus, there are two separate mixes that make the milkshakes and the McFlurries that are poured into the top of the machine. This mixes look very similar with only a colored lid differentiating the two and the receptacles you pour them into are by default not labeled for each respective treat, and hence people pour the wrong mix into the wrong place."

Fun fact: In March, the Wall Street Journal announced that McDonald's will be rolling out new ice cream machines in stores in the United States and Europe due to the non-stop customer complaints.

How to hack the menu.

Just like any good fast-food-lover, we want to know how to hack the McDonald's menu. While you can't get free food from simply asking, the McDonald's app offers a lot of great deals. "There's a lot of promotions and occasionally free items on it," another employee shared. "Also, you can sub any sauce on burgers (honey mustard, mac sauce, ranch, BBQ, etc.) and even change the bun (sesame seed buns on a McDouble, for instance). And don't ask for no salt fries, just ask for fresh. We will make them fresh. We know what you're doing."

Some other menu hacks include: "Instead of ordering Mac sauce on your sandwich, ask for a side of mac sauce, we don't charge for sauces when they are on the side. This also applies to tartar sauce. . . Substitutions are free. Ex. McDouble sub Mac sauce. It's not necessarily saving you money, but it can let you get more bang for your buck. (Try sub grilled onion on a McDouble, it's pretty good.)"

How "authentic" are the chicken nuggets?

While many fast-food restaurants compete with each other about how "fresh" the meat is, this employee tackled the authenticity of the chicken nuggets. Someone asked if they were really chicken and the employee said, "They are nuggets when we get them, so [it's] hard to say."

Why do employees frequently mess up your order?

There's no denying the frustration we experience when we so clearly say "no onions" and then our meal arrives with a fresh portion of onions, but WHY do employees do this? Are they not listening when we order? Or is it the system? "Honestly some of my co-workers do that because they don't pay attention," the employee said. "There's a subtle difference between the add menu and the remove menu (literally the word ADD or No is highlighted, otherwise it looks the same; granted ADD has more options)."

The employee also revealed that drive-through orders get messed up a lot because of the timing. "Drive through is timed at every step from when you start ordering till when you leave and during rush hour the goal time is 150 seconds or so," they shared. "What probably ends up happening is either of these: person taking your order didn't hear you; they heard and marked it, but the kitchen made it and 'served' it before the no cheese came up (serving something means removing it from the monitor at your station) which is again bad on them; the people gathering your food into bags aren't paying attention and just grabbing food that matches yours by wrapping only. Any time you alter a recipe it should have a tag attached to the special item even if it's just no cheese." 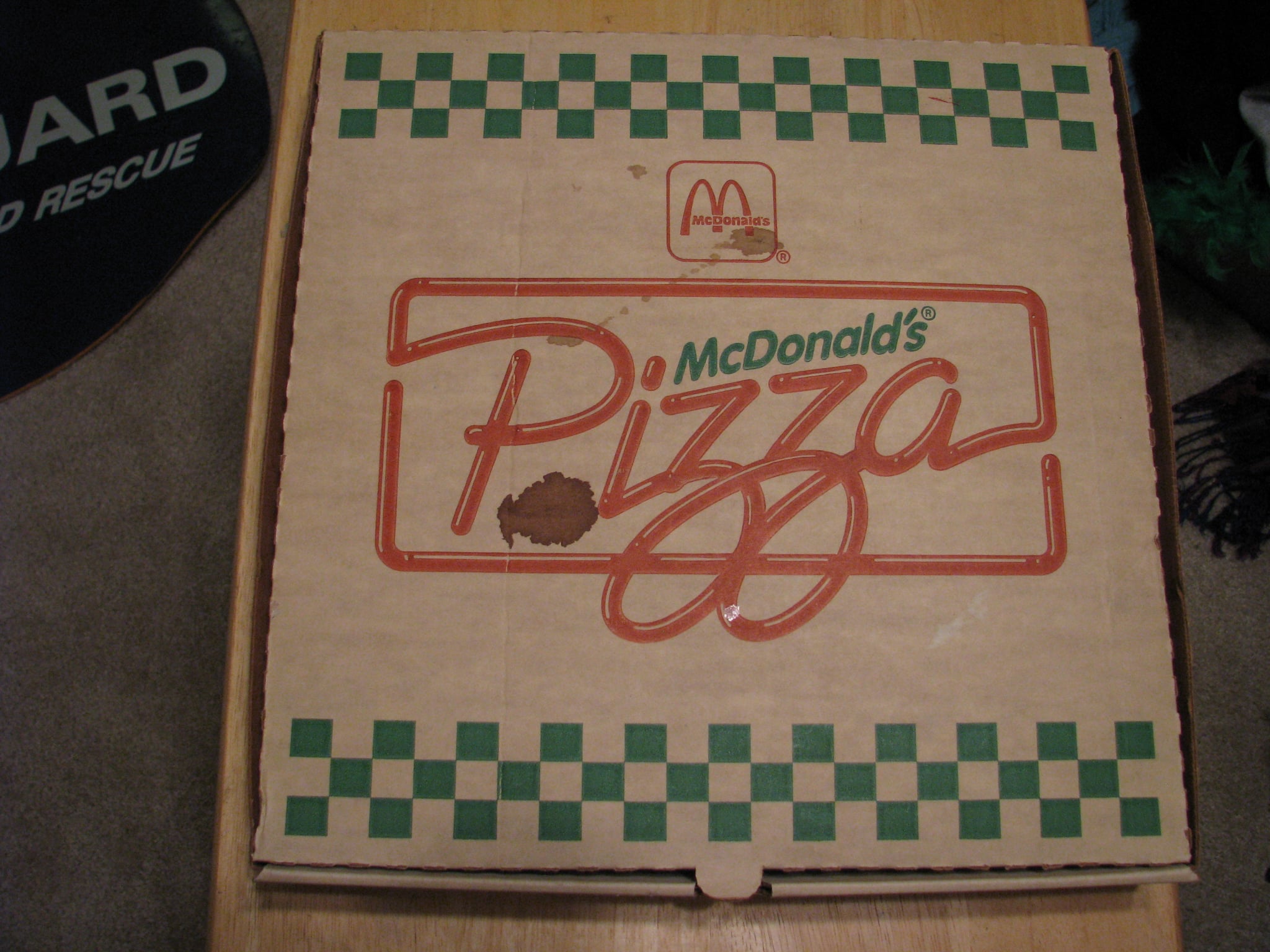 About those McDonald's pizzas . . .

One curious user asked about those extinct McDonald's personal pizzas and if they were ever coming back, and while the employee did not remember when pizza was served, others did. In the mid '90s, you could order the small pizza with fries and a drink "like any meal" and they were incredibly popular but were discontinued because of the high demand and the service issues.

The employee explained that this is typically what happens for limited-time items. "They have an idea they run the numbers for a limited time offer to test the waters, if it works they keep it (Just how [24-hour] breakfast started as limited, but now the full menu is there)."

What's the most requested menu item?

With such a variety of menu items, the employee shared what is the most requested menu item at any time. "That was a hard one," they said. "But I'd say McDouble or McChicken atm [at the moment] due to the two [for] $2.50 thing going on (sausage biscuit when that's not available)." It's important to point out that all franchises are different and the company also has different regional promotions.

This employee talked about the ridiculous requests they receive, and how it annoys the employees. "We hate it when people want weird things like ketchup between the patties and the cheese on top (it gets weirdly specific)."