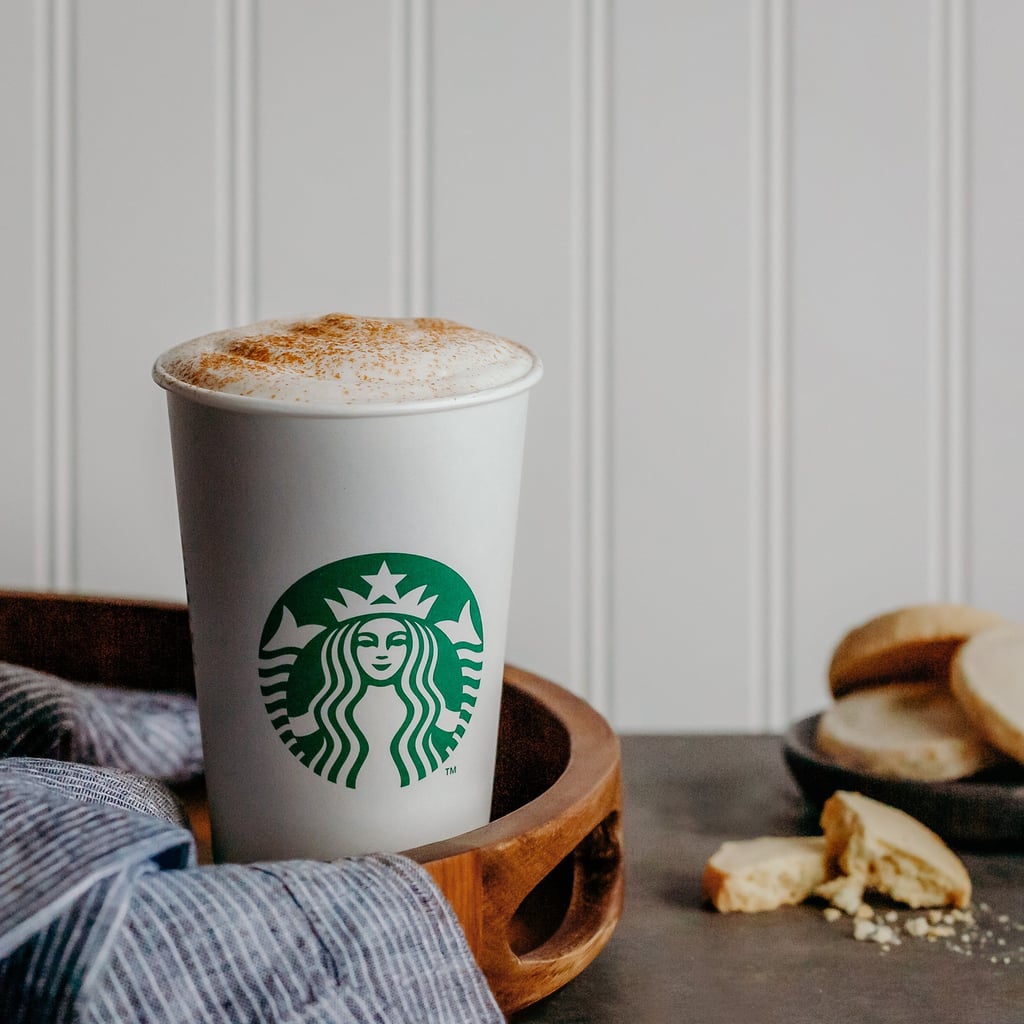 The Pumpkin Spice Latte may want to sleep with one eye open, because there's a new Starbucks drink in town — the Cinnamon Shortbread Latte — and it's coming to steal the spotlight. This limited-edition beverage blends espresso with milk, incorporates notes of brown butter and vanilla, and is topped with a sprinkling of nutmeg and cinnamon. (Fun fact: you can customize your latte with either Starbucks's Blonde Espresso for a sweeter taste or the Signature Espresso for a bolder flavor.) Starbucks customers can order the Cinnamon Shortbread Latte hot, iced, or as a blended Frappuccino.

I had the chance to try out the CSL before it officially launched on Jan. 8, and I have to be honest: it doesn't taste quite as much like cookie butter as I'd hoped given the ingredients. There are definitely strong, warming notes of cinnamon and nutmeg, and the vanilla flavors shine through after downing the first few sips. I'm personally more of a cold-drink gal, despite the frigid Winter temperatures, so I'll likely be giving this drink a second chance in either iced or Frappuccino form.

Related:
11 Modifications You Can Make to Customize Your Starbucks Order

Oh, and I almost forgot to mention: the cinnamon-y latte was released in conjunction with a handful of new (and permanent!) snacks, including an upgraded version of Sous Vide Egg Bites that features peppers, as well as a Ham and Swiss Panini that I personally can't wait to devour at lunchtime. Keep reading to see photos of Starbucks's latest menu additions, which are sure to fuel me through Winter and beyond.

Weight Loss
If You're Looking to Lose Weight, Is TikTok's Lemon Coffee the Answer?
by Jenny Sugar 23 hours ago