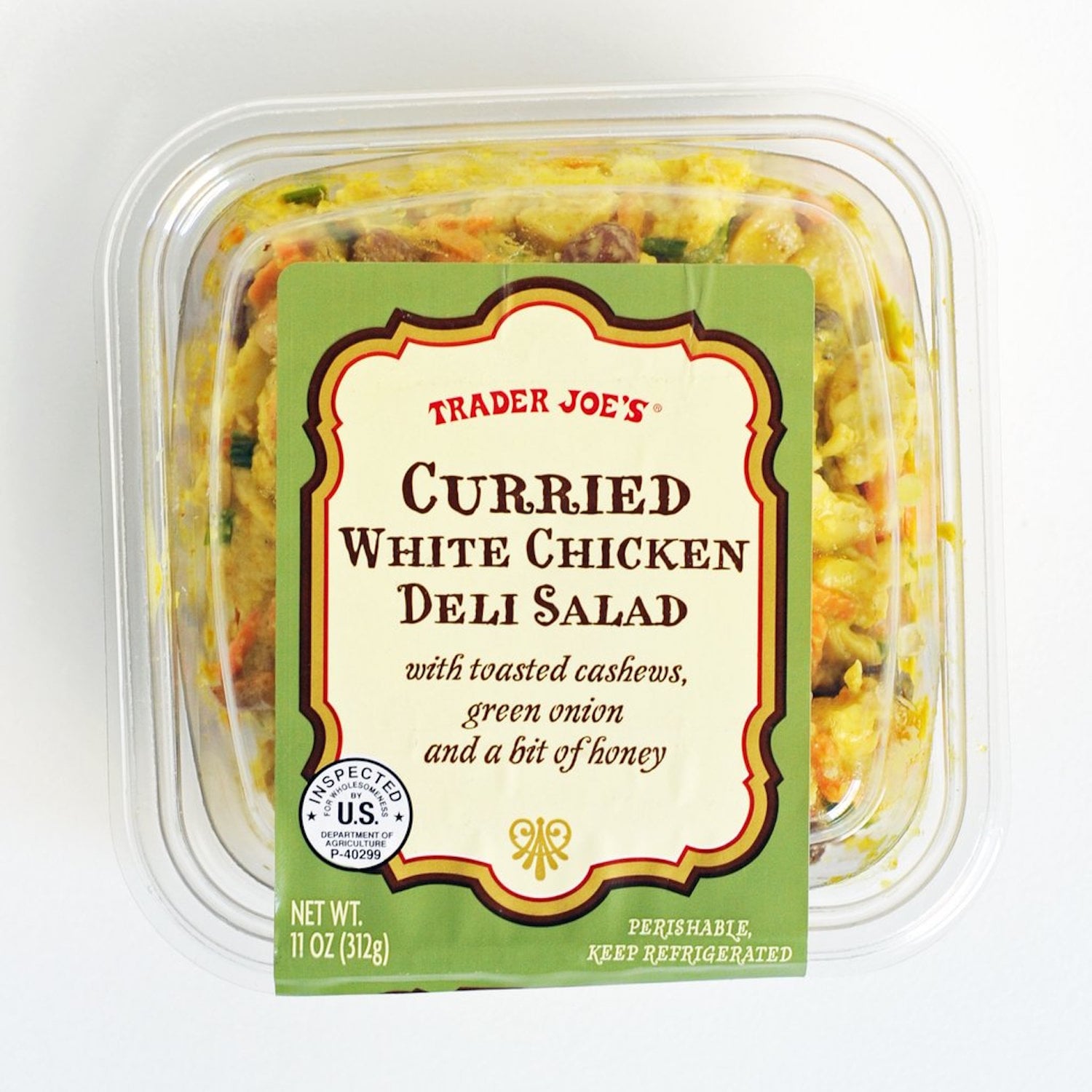 Today in concerning food news, Trader Joe's issued an official recall for three of its packaged poultry salads because they "may contain pieces of glass or hard plastic." Yikes! The company released a statement explaining that the potentially affected salads have use-by dates of Nov. 10 through Nov. 21, and the USDA "inspected" code of P-40299. "Products with different 'inspected' codes are produced in separate facilities and are not impacted by this potential concern," the statement said.

The three fresh salads in question are the White Meat Chicken Salad, Curried White Chicken Deli Salad, and Turkey Cranberry Apple Salad, but only in the following states:

If you live in one of the above states and have one of these packaged salads in your refrigerator, Trader Joe's urges you to discard it, or return it to the store for a full refund.

Food News
If You're Not Spiking Your Ice Pops Like This, You're Simply Doing Summer Wrong
by Victoria Messina 23 hours ago

Food News
Free Dunkin' For National Nurses Day? Sure! Just Show Your Badge or ID, and Sip Away
by Samantha Brodsky 1 day ago