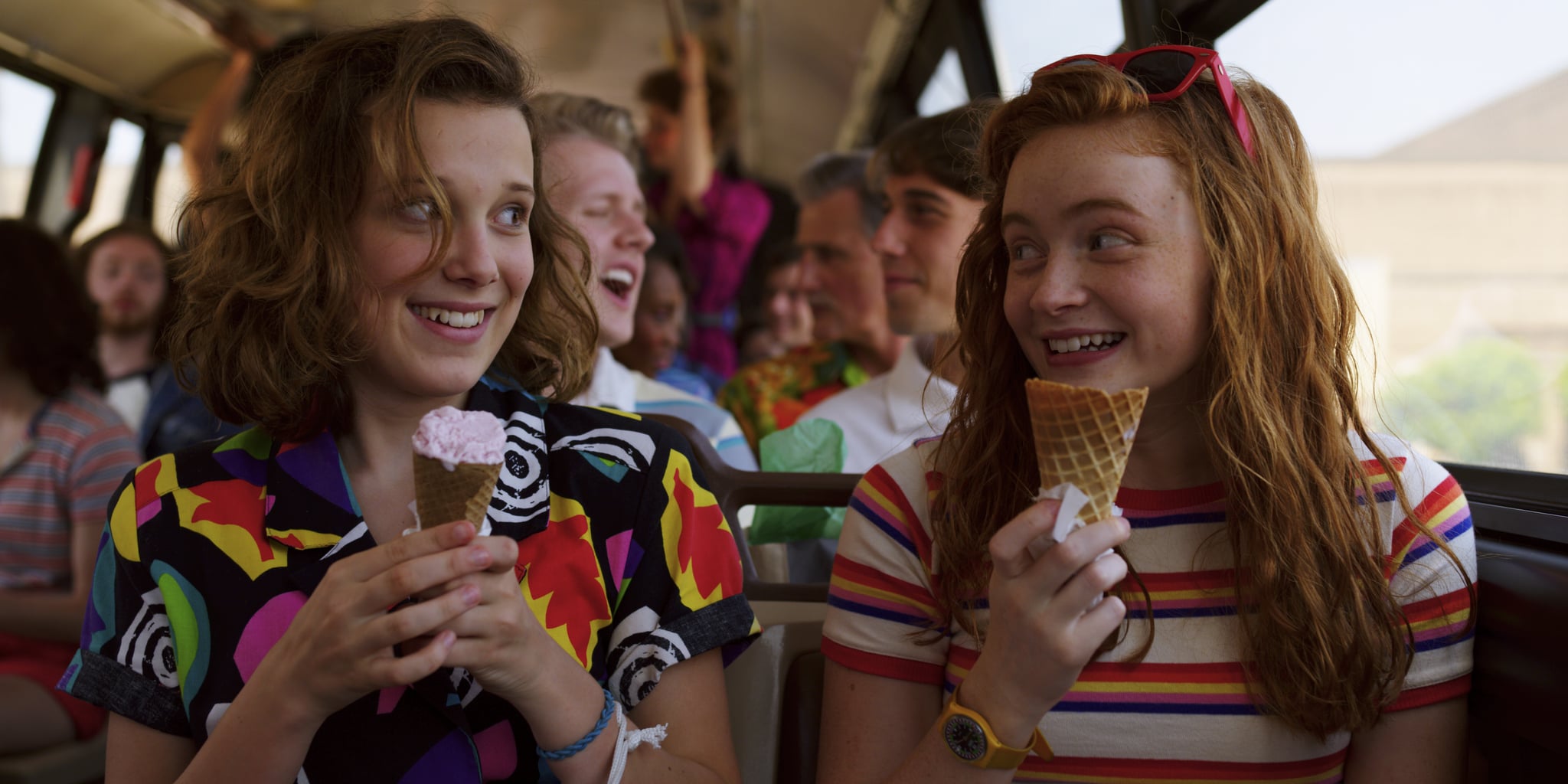 Among all the '80s nostalgia in Stranger Things season three, one definitely stands out: the hilariously on-the-nose product placement of Coca-Cola. But it's not the Coke you know and love: it's "New Coke," which was even more hotly debated in real life than it is between Lucas and Mike in the show. If you haven't heard of New Coke, sit back for a brief history of one of the most surprising marketing moments in history.

"New Coke" first appeared in 1985, a reformulation of the popular soda that had been around for nearly a century in one form or another. The reformulation efforts came after Coca-Cola began losing a large share of the soft drink market, largely due to the competition from Pepsi-Cola and diet sodas. In response, Coke began working on a new formula, and at first, the taste tests indicated positive results: tasters apparently preferred the new formula to both original Coke and Pepsi.

Related:
It's Time We Address One of the Biggest Debates of All Time — Is It Soda or Is It Pop?

The new soda was formally released on April 23, 1985, with a major press conference to announce the change. At first, sales went up as predicted, and some consumers did, in fact, like the new taste. However, backlash soon followed, starting in the South, who regarded Coke as a part of its regional identity and resented the change. Nostalgia for the "original" began spreading, and the controversy grew to an unexpected (and unexpectedly emotional) level.

Ultimately, Coke decided to reverse its decision to reformulate. On July 11, 1985, the company announced that the original formula would return, much to the delight of consumers. The original formula was re-released as "Coca-Cola Classic" and sales skyrocketed. For a brief time in the early 1990s, Coke attempted to market "New Coke" again as "Coke II," but it was ultimately discontinued in 2002. The formula remained in disuse until Summer 2019, when Coke brought New Coke back for a short marketing release to coincide with Stranger Things, set in the same year as the real-life New Coke release. The 2019 limited release featured "upside down" pop-up vending machines tied in to the Netflix series.