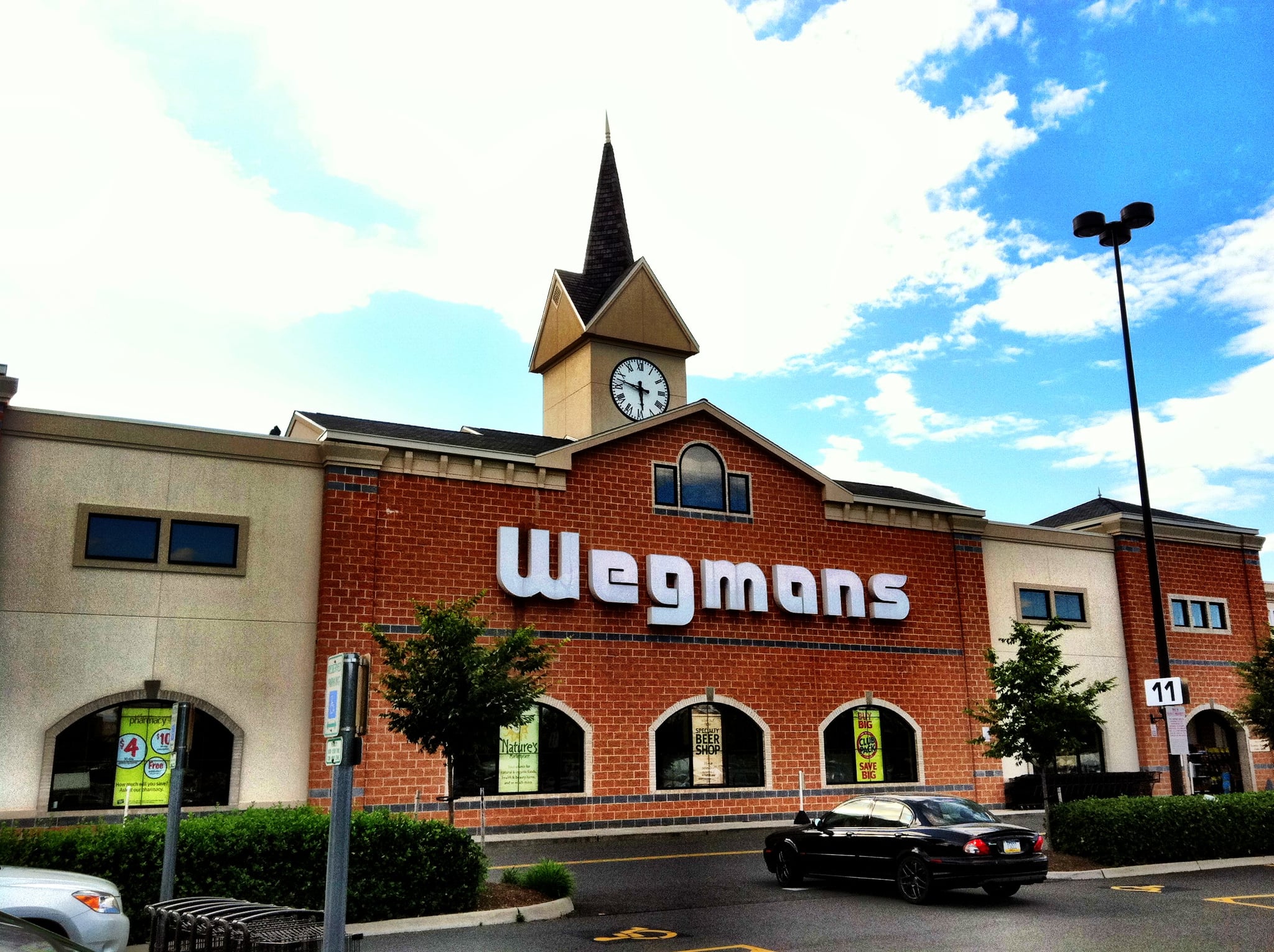 Some people find zen through meditation. Others achieve bliss through exercise. Me? I relax with a spin through a Wegmans supermarket. When I enter Wegmans, I'm overwhelmed with a sense of calm. Everything is in its place, the values are abundant, and the staff is sincere and helpful. The fruit is bright, shiny, and seasonal. The baked goods are out of this world. The cheese department would put a real French fromagerie to shame . . .

Wegmans Is About Family

Perhaps my love for Wegmans is genetic. Wegmans was founded in upstate New York, the area in which my father was raised. As a result, generations of Merriams have been obsessed with the store. My cousin never celebrates a birthday without a certain Wegmans cake. My dad stockpiles what he claims is earth's best salad dressing. And now it's a tradition for all of us to sit around the Thanksgiving table praising Wegmans while eating food from — where else? — Wegmans. We love Wegmans; it bonds us together. It makes sense, because Wegmans is about family, too. Danny Wegman, the current CEO, took over from his dad, Robert Wegman, who is memorialized in every shop with his portrait on the wall. The Wegmans father and son shared a commitment to bringing positivity to their work, with Robert, a locomotive enthusiast, installing toy trains around the perimeter of each store.

A Store With a Mission

At some stores, I wince when I see the grand total on my receipt, but not at Wegmans. I consider it money well spent, because this is a company that treats its employees well. Wegmans gives over $4.5 million in scholarships to its associates annually. It looks out for employee development with many opportunities for promotion and, as a result, has been ranked among the country's best places to work by Fortune magazine 17 years in a row. Speaking of honors, Wegmans also just tied for the top spot in a survey of customer satisfaction among grocery retailers. Plus, it topped a recent nationwide poll for corporate reputation. In true Wegmans fashion, the store celebrated that latter honor with free cake!

Filling Your Cart Is a Given

I consider it a badge of honor to fill a Wegmans grocery cart to the brim, and there are certain items I never leave the store without. I won't pass the Wegmans bakery without picking up a fruit tart topped with glistening strawberries and kiwis, freshly made by Wegmans pastry chefs. I always stock up on Wegmans-brand olive oil and balsamic vinegar, which taste fantastic, cost less than rival brands, and look beautiful when artfully displayed on my kitchen counter. I linger in the international food aisle, where spätzle and lemon curd remind me of trips to Germany and the United Kingdom.

I'm not embarrassed to buy 10 boxes of Wegmans-brand pasta, which is imported from Italy, of course. My linguine and penne pair nicely with what I select over in the Wegmans wine shop, where the kind geniuses in charge fill the entryway with bottles of tasty red and white wine that have a regular price of $6. When it's time to leave Wegmans, I'll often have to be rounded up by a loved one. They know to look for me, a vegetarian, in the natural-foods section, a wonderland stocked with Wegmans-brand meat substitutes and gluten-free delights.

We Need Wegmans in NYC

Sadly, living in New York City means that I, too, have to make special trips to buy my beloved essentials at Wegmans. I can only dream of the day when Wegmans braves the frenzied real estate market of the five boroughs to bring its special brand of grocery magic nearer to me. But on those special days when I'm in my New Jersey hometown, I grab a shiny cart, smile broadly, and browse the orderly, gleaming aisles as though I haven't a care in the world. It's bliss.