Well, here's something you won't find on the value menu anytime soon: in honor of the 50th anniversary of its Shamrock Shake, McDonald's commissioned a handcrafted cup made out of 18k gold and adorned with 50 emeralds and 50 white diamonds — representing the green drink and whipped cream, respectively — as well as 50 yellow diamonds. Referred to as the Golden Shamrock Shake, the cup is valued at nearly $100,000.

Though it may seem like the fast-food chain is giving the Shamrock Shake a really extravagant birthday gift, the limited-edition item is actually being auctioned off for charity. All proceeds will benefit Ronald McDonald House Charities, which supports families with hospitalized children. Though bidding began on Feb. 25 at just $1, at press time it's already surpassed $25,000.

The auction ends on March 6, but fortunately a second gilded cup was made, which customers will have a chance to win when they purchase a Shamrock Shake or an Oreo Shamrock McFlurry using the mobile order system on the McDonald's app. Good luck! 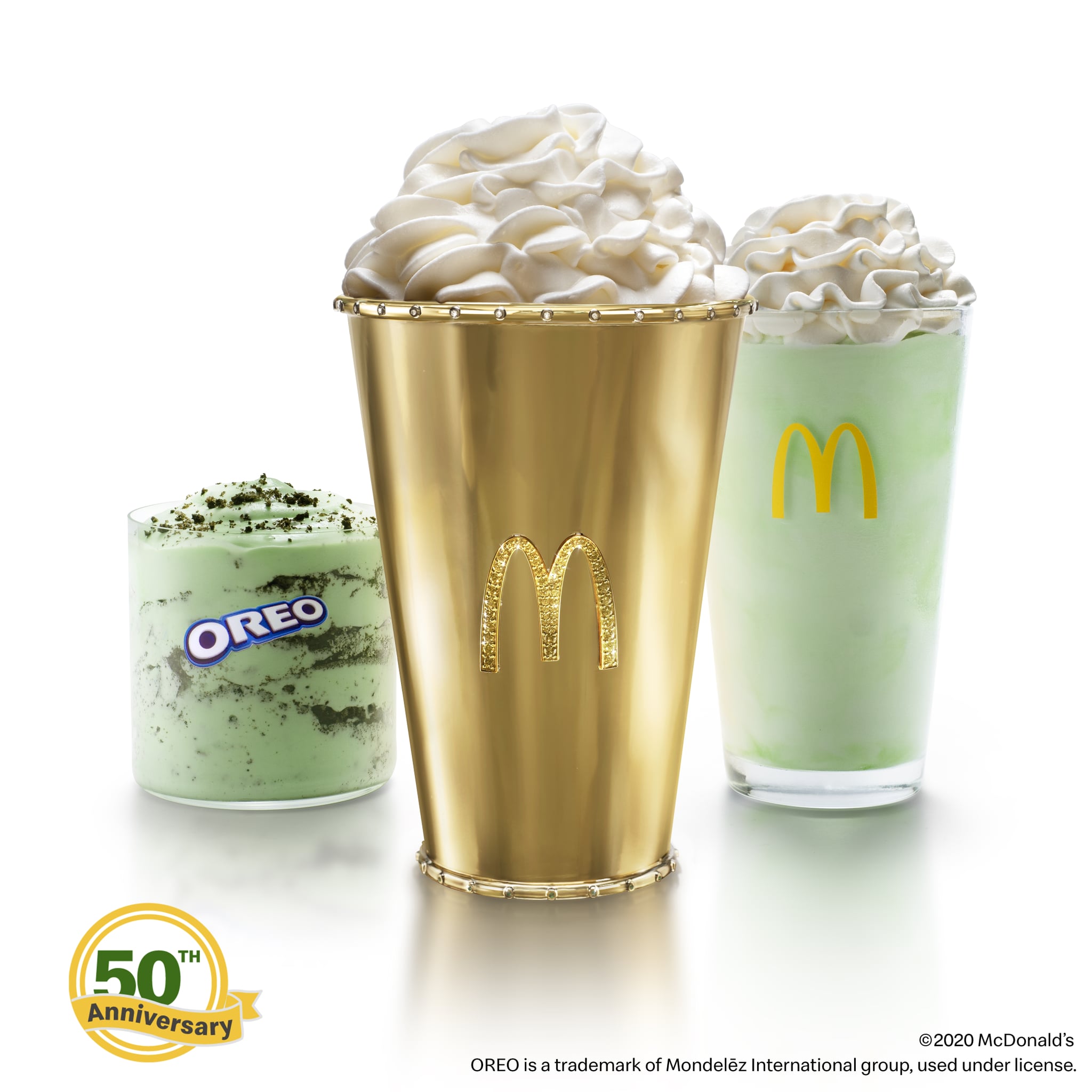