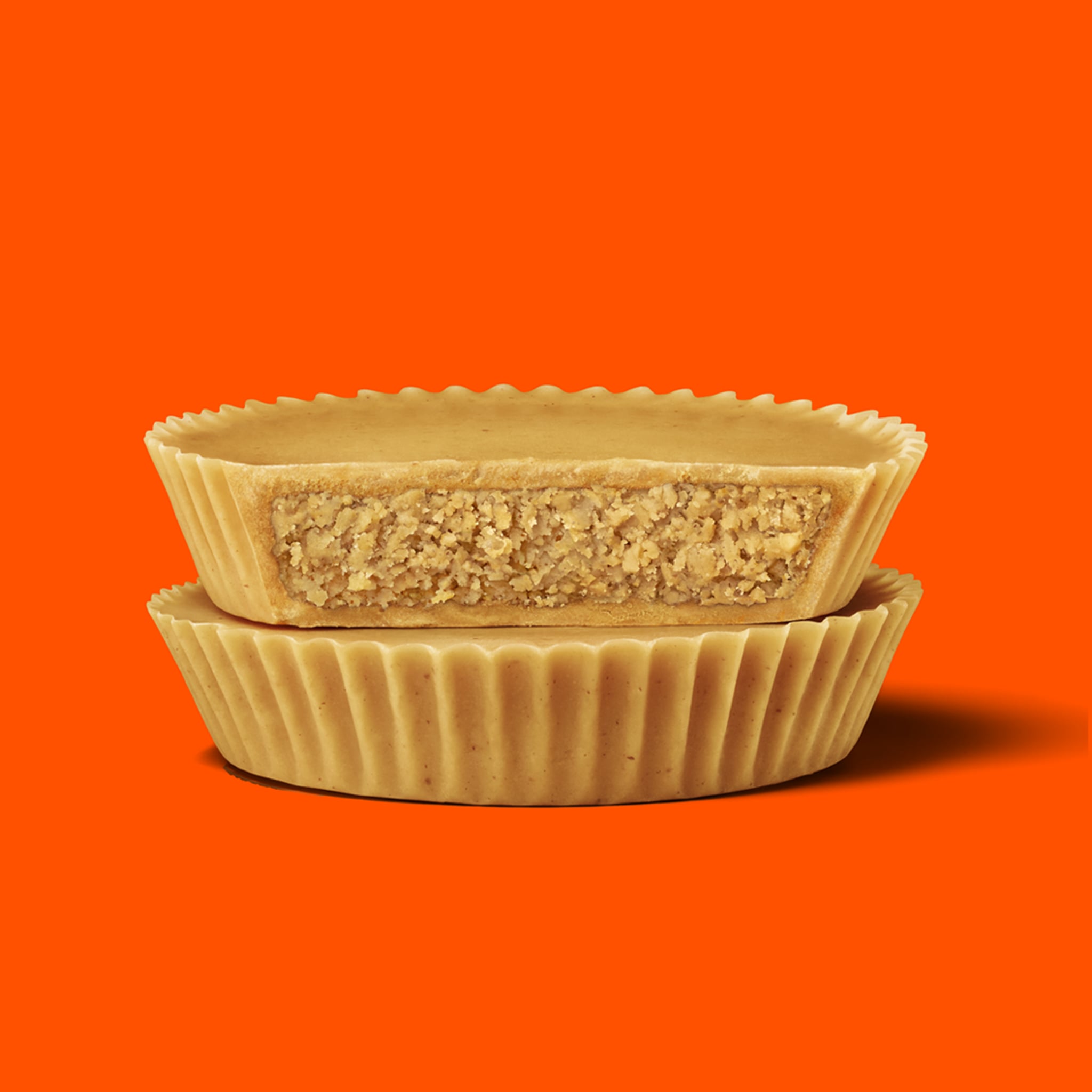 Prepare yourself: Reese's is launching a new treat that will draw the line between chocolate-lovers and peanut-butter fanatics. On March 2, the beloved candy brand announced the "most extreme, peanut buttery version" of its iconic cup — sans chocolate coating. That's right, the snack is all peanut butter, all the time. For me, this dessert sounds like a dream, but some of my coworkers are slightly skeptical. Don't judge a book by its cover, but there is something a little off about seeing a Reese's cup without an outer coat, wouldn't you say?

The Ultimate Peanut Butter Lovers Cup (or "the naked Reese's," if you're speaking my language) sparked a conversation among POPSUGAR editors who were "confused" by the new product. "They look like a regular Reese's got its skin peeled off," someone (eerily) noted, while another editor stood up for the snack: "I think they look . . . appealing." Speak your truth, peanut-butter-lovers! If you're among the PB crew, keep an eye out for these treats when they hit shelves in April, and make sure to stock up, because they're only available for a limited time.