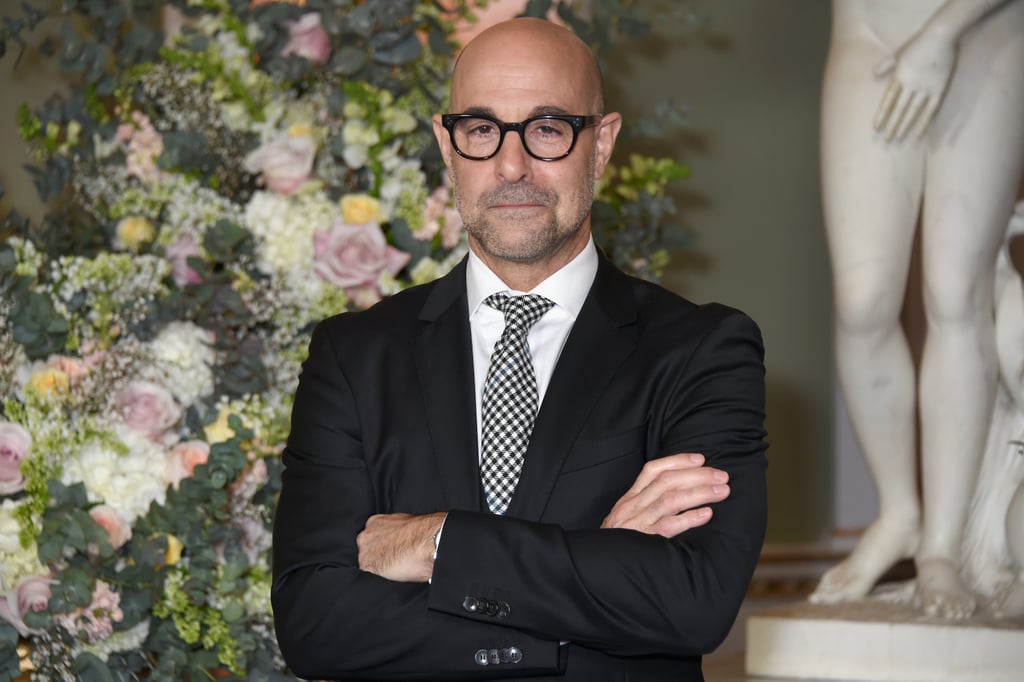 Stanley Tucci is still wearing a belt these days, and that says everything you need to know about his essence. The impossibly classy and understatedly sexy actor recently delighted the internet when he shared an at-home negroni tutorial — or Tuccorial — shot by his wife, Felicity Blunt. The cocktail class sparked quite the conversation online, with celebrities and former costars chiming in to sing his praises.

Stanley's negroni recipe is as follows: combine a double shot of gin, a shot of sweet vermouth, and a shot of Campari in a cocktail shaker filled with "a fair amount of ice." Though negronis are often served on the rocks, Stanley also enjoys it served up in a coupe. Now, for the most important instruction: rewind to hear Stanley pronounce "coupe." Great. Lastly, pour the cocktail into the coupe and garnish with an orange slice.

Following the video, Chris Evans, who worked with Stanley on Captain America: The First Avenger, was inspired to tweet, "I. Love. Stanley. Tucci. On some(most) days after we finished filming on the first Captain America movie, Stanley would make us martinis in his trailer." He added, "He's an absolute gem. However cool, fun, witty, and charming you think he is, double it and you're halfway there." High praise from a superhero. Watch the delightful video that started it all ahead, and then enjoy a few choice reactions from Twitter.

Related:
Ina Garten Is Out Here Making Giant Cosmos, and I Love This Journey For Her
Previous Next Start Slideshow
Celebrity InstagramsStanley TucciRecipesCocktailsTwitter Reactions