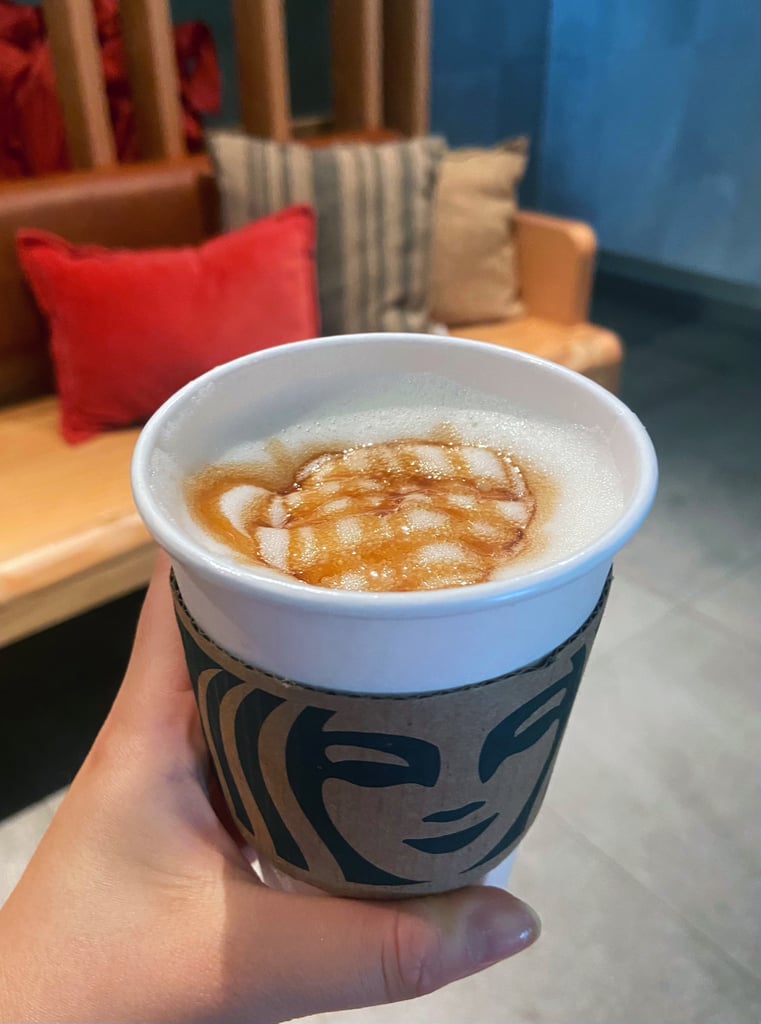 A new drink is joining Starbucks's fall lineup, and surprise: it's not pumpkin-flavored. Available to order starting today, the Apple Crisp Macchiato is the coffee chain's latest creation, layered with flavors of apple and brown sugar — like the filling of an apple pie — with espresso, steamed milk, and "caramelized-spiced apple drizzle." I taste-tested the new beverage before its grand debut, and I'm here to report that it's as delicious as it sounds. In fact, I think I even prefer it over the highly coveted Pumpkin Spice Latte.

Now, I have to preface this review with the caveat that I am not a huge sweet coffee fan, but I do occasionally enjoy a creamy cold brew or a chai latte — and I may just add the Apple Crisp Macchiato to my regular rotation. It tastes just like the inside of an apple pie, but paired with the coffee and milk (I got oat), the flavor isn't too overpowering; it offers more of a strong aftertaste. There's also a brown sugar apple syrup that gives it the "crisp," while the apple drizzle adds its spice.

I tried both the hot and iced versions of the drink, and, interestingly enough, they do taste slightly different. The hot macchiato is described as "a warm apple pie," whereas the iced version is "like apple pie à la mode," and the former was the winner for me. I imagine it'd be particularly delightful with a piece of apple pie on a chilly day. But really, either is worth trying, because who doesn't love a fall beverage? See photos of the decadent new drinks ahead, and stop by your local Starbucks to take a sip yourself.

Related:
People Are Losing It Over This Starbucks Black-Cat Halloween Mug, but There's a Catch
Previous Next Start Slideshow
Food ReviewsFood NewsStarbucksCoffeeFall FoodFall

Food News
Are You Red-Cup Ready? Starbucks Just Debuted a Peek of Its New 2021 Holiday Cups
by Lauren Harano 5 days ago