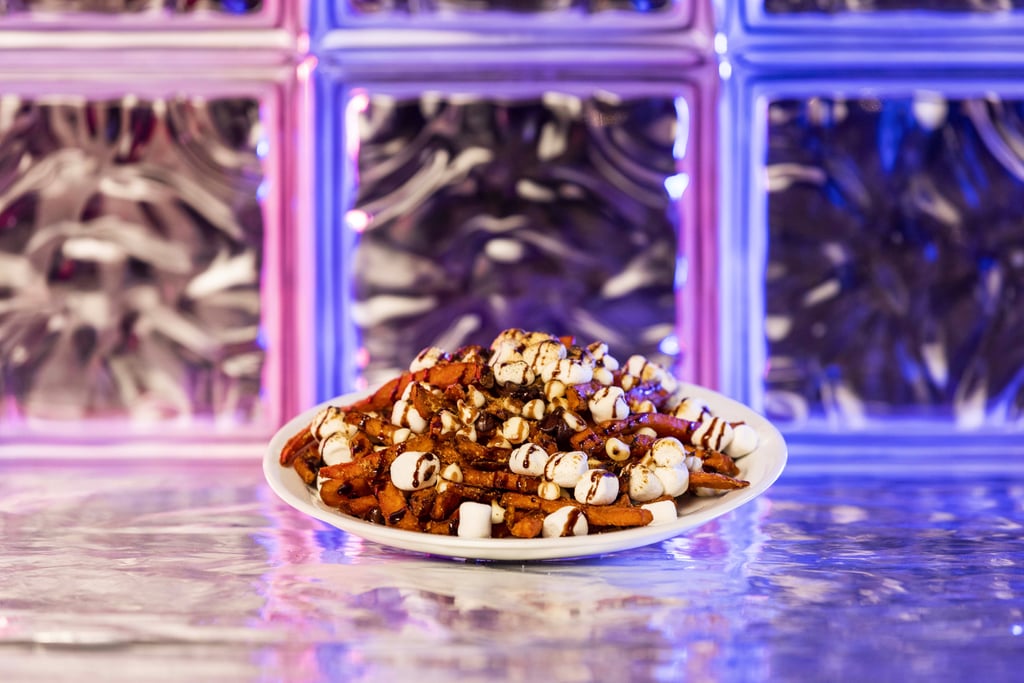 Halloween is all about the treats this year at Universal Studios Orlando, and the Halloween Horror Nights menu already has my stomach rumbling at a werewolf-worthy level. Inspired by Ghostbusters, Stranger Things, and '80s pop culture, the Horror Nights menu features 10 terrifyingly delicious new snacks, including slime-green Ghostbusters popcorn (with a ghost trap bucket), a Twisted Tater salt and vinegar baked potato, and an Imperial Panda platter with an orange chicken bao bun and pot stickers from an IRL version of Steve Harrington's own Starcourt Mall.

The menu also includes a range of Hawkins Heroes Sandwiches, available in turkey, roast beef, ham, or a veggie version topped with roasted portobello mushrooms, squash, and zucchini. Keep scrolling to take a closer look at all of the terrifyingly delicious items on the Halloween Horror Nights menu, and swing by Universal Studios between Sept. 6 and Nov. 2 to try them yourself.

Food Shopping
Whoa, There's Now a Way You Can Drink 2 Truly Flavors at Once
by Yerin Kim 1 day ago