He may be an HGTV star, real estate mastermind, and occasional recording artist, but Drew Scott still has a very boyish love: swords. The 37-year-old recently admitted to us in a phone interview that he's been obsessed with swords since he was 5 years old and has accumulated an impressive — and pricey — collection over the years. He made his first big splurge on the legendary sword from the classic tale of Braveheart. "I'm Scottish and we knew all the stories of our history, so I wanted to have the Claymore that Wallace has." A then-10-year-old Drew spent a thousand pounds on the purchase and has continued to splurge more from there. He dropped almost $8,000 on suit of armor custom made for his 6'4" frame. "It fits me like a glove!" he exclaims. When we asked what he does when he's wearing it, he replied, "Be awesome." We can only imagine what that means!

What we don't have to imagine, however, is how quickly these big purchases add up. That's because Drew just partnered with Ally Financial on its new Splurge Alert campaign and app so he can now track exactly how much money he's spending on his collection and be warned away from stores that might tempt him to spend more. Drew enters into the app (still in beta) the types of retailers that are dangerous to his wallet, and then whenever he's in an area with those types of retailers, he gets a warning. When he gets very close to them, an alert pops up and his designated buddies — Drew's are his mom and girlfriend — also get an alert and can contact him to back away from the retail temptations. It's a brilliant way to avoid thoughtless splurges and become smarter about spending. Drew says that the buddy system makes you accountable while keeping it fun, well, most of the time. "My mom texted me 'sword freak' when I got close to a collector's shop," he admitted with a laugh.

If only there were an app to warn when siblings are getting too close to your stuff; Drew and his twin brother, Jonathan, the other half of the Property Brothers, would've loved that when they were kids. "When we were in high school, our annoying older brother, JD, would have house parties when we were away. Him and all his friends would have sword fights with our swords . . . and when we would come back, they would be all dinged up!" Drew said.

Learn about even more of Drew's splurges in the hilarious video above, and then check out even more quirky facts about Drew and get to know his older brother, JD. 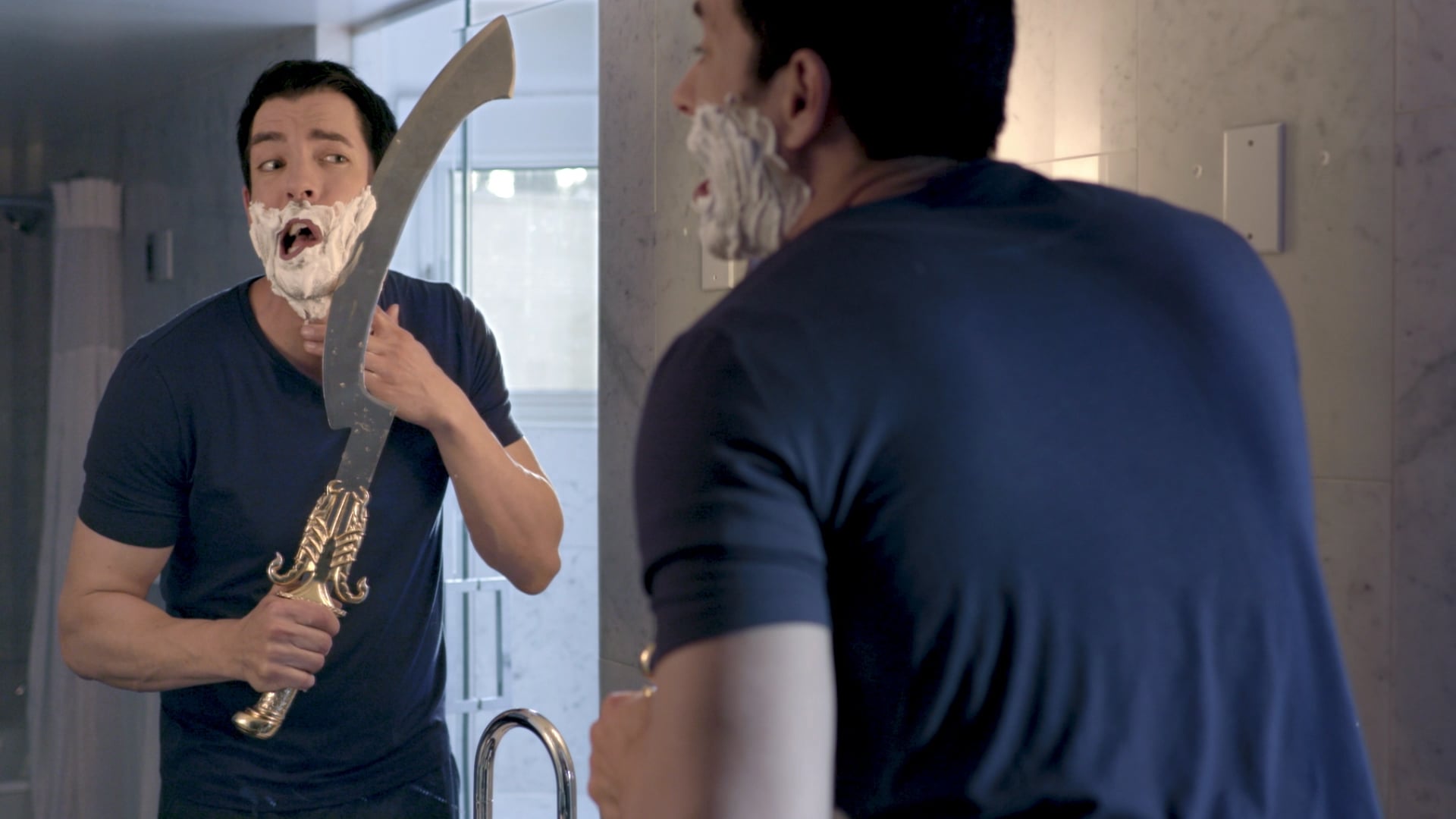