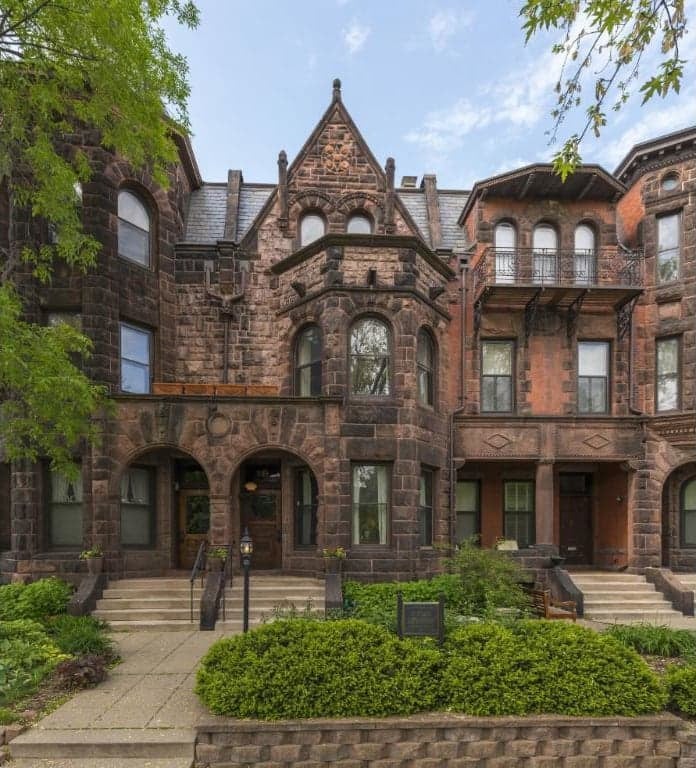 The historic home where great American novelist F. Scott Fitzgerald wrote his debut novel, This Side of Paradise, is for sale for $625,000 by Edina Realty. Located in St. Paul, MN, Fitzgerald's parents moved into the classic row house in 1918, and he resided with them there until 1920.

The 3,502-square-foot, four-bedroom home features a private outdoor deck, a cozy fireplace, and the original 20th century stone exterior. The designated National Historic Landmark had been previously occupied by a couple for the last 19 years, however, the three flights of stairs ultimately became too taxing for them.

Take a virtual tour of the historic home ahead.

Simone Biles
After Very Little Deliberation, We Give Simone Biles's Beautiful Home a 10/10
by Emily Weaver 6 days ago

Real Estate
The Upper East Side Mansion From HBO's The Undoing Is For Sale For $29.9 Million — Look Inside!
by Samantha Bergeson 2 weeks ago