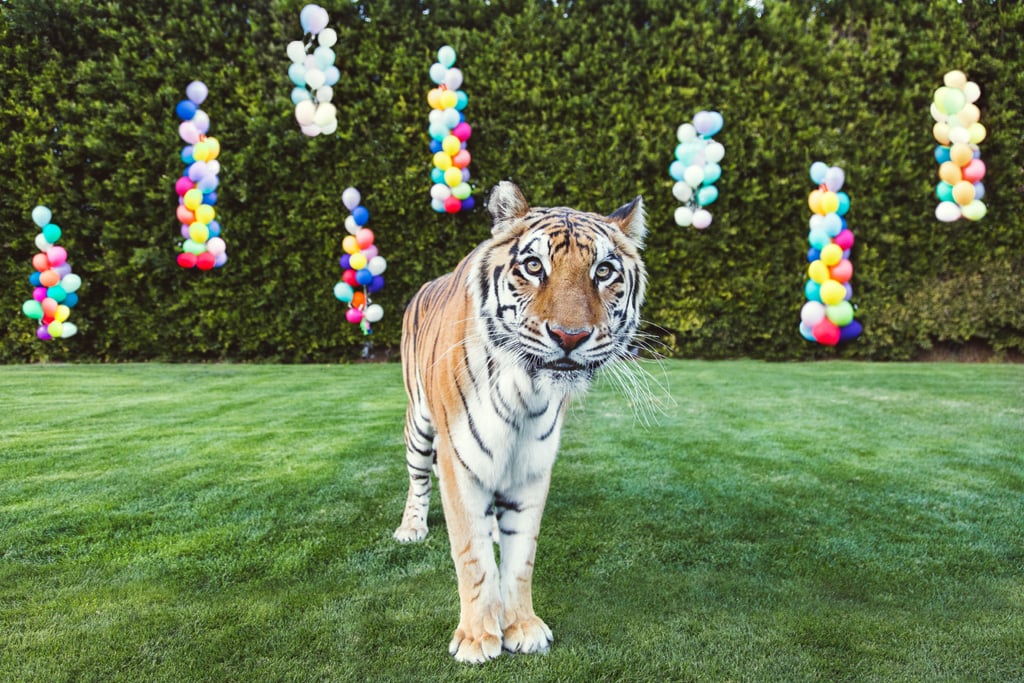 Photographer Gray Malin first landed on our radar with his bird's-eye shots of tropical beaches and glamorous pools around the world. But he's recently brought his camera down to earth, landing solidly on the swanky grounds of the Parker Hotel in Palm Springs, where he juxtaposed wild animals with the hotel's Jonathan Adler-designed Hollywood regency interiors. The just-released series entitled Gray Malin at the Parker Part II is a follow-up to his tremendously successful collection of wild creatures at the hotel last year. While the first collection focused on exotic animals, this time around, Gray cast kings and queens of wildlife, including ferocious lions, prowling tigers, and towering camels. From working with lion tamers to getting an ostrich to play tennis, Gray shared with us how he managed to capture these magical images in the slideshow of the series ahead. Look through to pick out your favorite print ($299 and up).

Previous Next Start Slideshow
Decor InspirationPhotographyArt
Around The Web