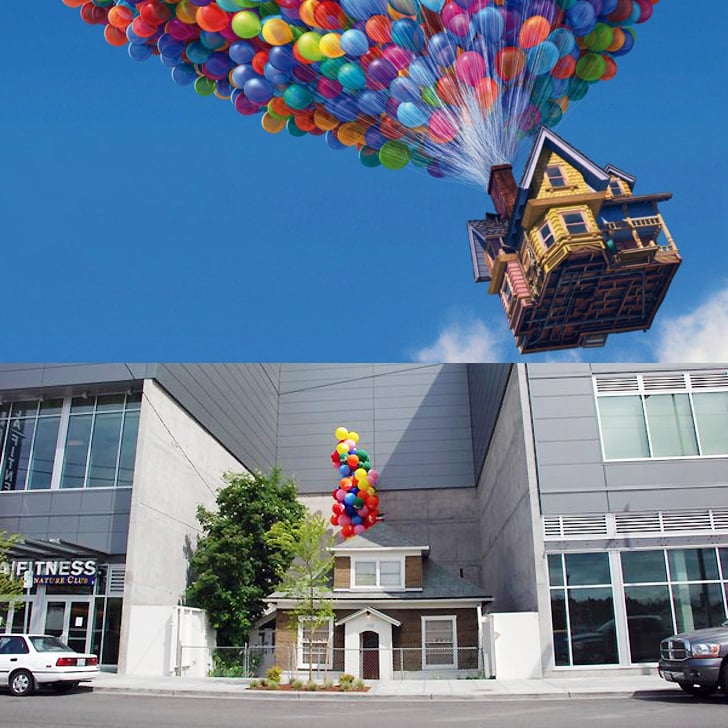 The Famous Up House Is Saved in the Sweetest Way Possible!

If balloons could actually lift a house away from its problems, the home that inspired Up wouldn't be in its current predicament. Made famous by its feisty owner and her refusal to sell to developers, the Edith Macefield house has become a symbol of steadfastness and determination for the community — unfortunately, in the wake of Macefield's passing, steadfastness is not enough to save the old home.

Macefield, a writer and musician, lived a bold life long before she stood up against real estate moguls. Aside from writing fiction under a pen name and playing saxophone alongside 1950s jazz greats, Macefield faked her age in order to spy for the British Allies during World War II. After she left the service, she stayed in the UK to care for children orphaned during the war. Macefield made an early 1900s farmhouse her home when she returned stateside, growing old in Seattle's Ballard neighborhood. In 2005, when she was in her mid-80s, the elderly veteran vehemently rejected a shopping mall developer's $1 million offer for her house — in the end, the mall architects were forced to build the shops around the small property. Disney found out about Macefield's inspiring tale, and the rest is history!

Despite her refusal to do so for real estate builders, Macefield left the home behind when she died in 2008. It has now fallen into disrepair and foreclosure at the hands of the current owner (a Seattle investor) and will be auctioned off in April. While we would like to imagine that Disney might buy the property and erect a memorial in Macefield's honor, the unfortunate truth is that it will likely be sold to developers — exactly what the elderly hero aimed to prevent. Check out these pictures of the Macefield house in its current state, because it likely won't be around much longer.

Update: The Macefield house was up for sale by North Carolina investment company American IRA. Sadly, demolition seemed like it would be the famous home's destiny until a miracle happened. The home will float away on a barge to Washington's Orcas Island, where it will be turned into a home for a family in need. Its savior? A local nonprofit. Talk about a Disney ending!

Previous Next Start Slideshow
Celebrity HomesDisneyReal EstateUp
Around The Web

Celebrity Homes
Come On In! These Are the Best Celebrity Home Backgrounds From the Golden Globes
by Lauren Harano 5 days ago