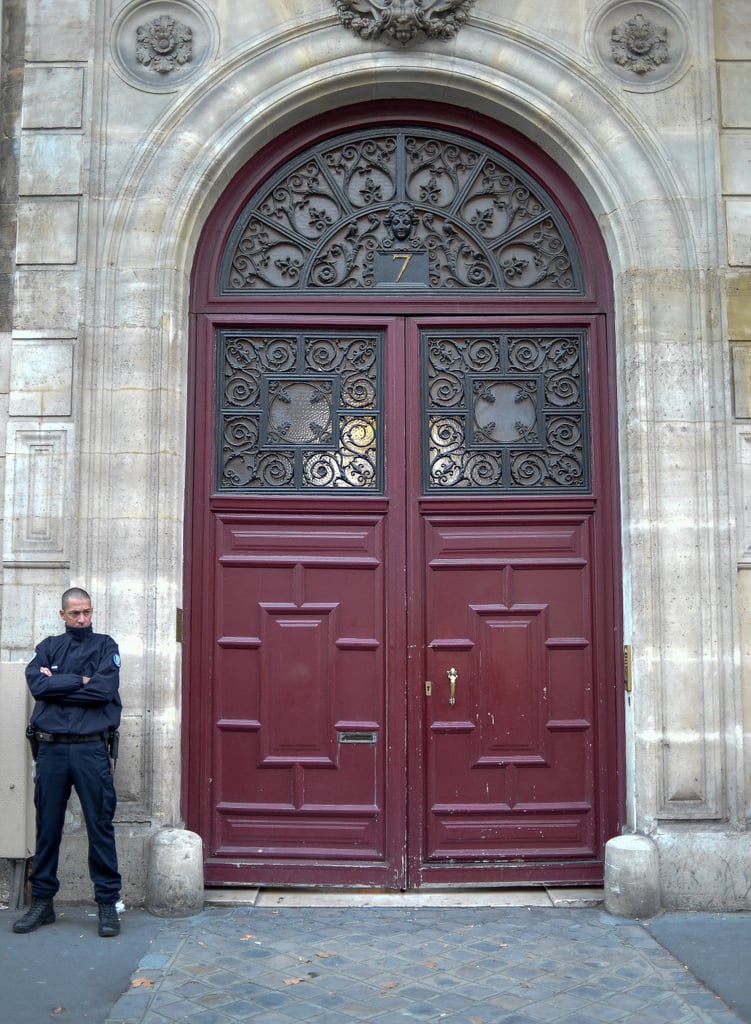 As news of Kim Kardashian's robbery echoes through Paris and the world, we have to guess that few were more surprised by the break-in than than those at the hotel where she was staying. The exclusive and secretive l'Hôtel Pourtales, better known as the "No-Name Hotel," is so discreet that it's best known through word of mouth.

Built in Italian Renaissance-inspired style by a 19th century count, the property was recently updated and turned into an intimate nine-apartment hotel that operates more like a luxury bed and breakfast than a big resort. Located in the 8th arrondissement — close to all the Paris Fashion Week action — the building's architecture is intricate, but its Philippe Starck-designed interiors are streamlined and are peppered with unexpected modern design touches. The art collection is said to include valuable art from Keith Haring, Jean-Michel Basquiat, and Takashi Murakami. Rooms range from $1,686 per night for the smallest residence to $16,900 per night for the massive, two-story penthouse.

The hotel's legendary discretion has attracted a long list of elite guests such as Leonardo DiCaprio, Jennifer Lawrence, Beyoncé, and Madonna. Kim and her husband Kanye West are even said to have spent time here during their honeymoon. For a hotel that prides itself on offering the highest level of privacy — even offering hidden underground access so celebrities can come and go away from the paparazzi — and boasts security with government pedigree, an armed robbery is far from ideal. Take a peek inside the fashionable property in the slideshow ahead.

Previous Next Start Slideshow
Kim KardashianHotels
Around The Web