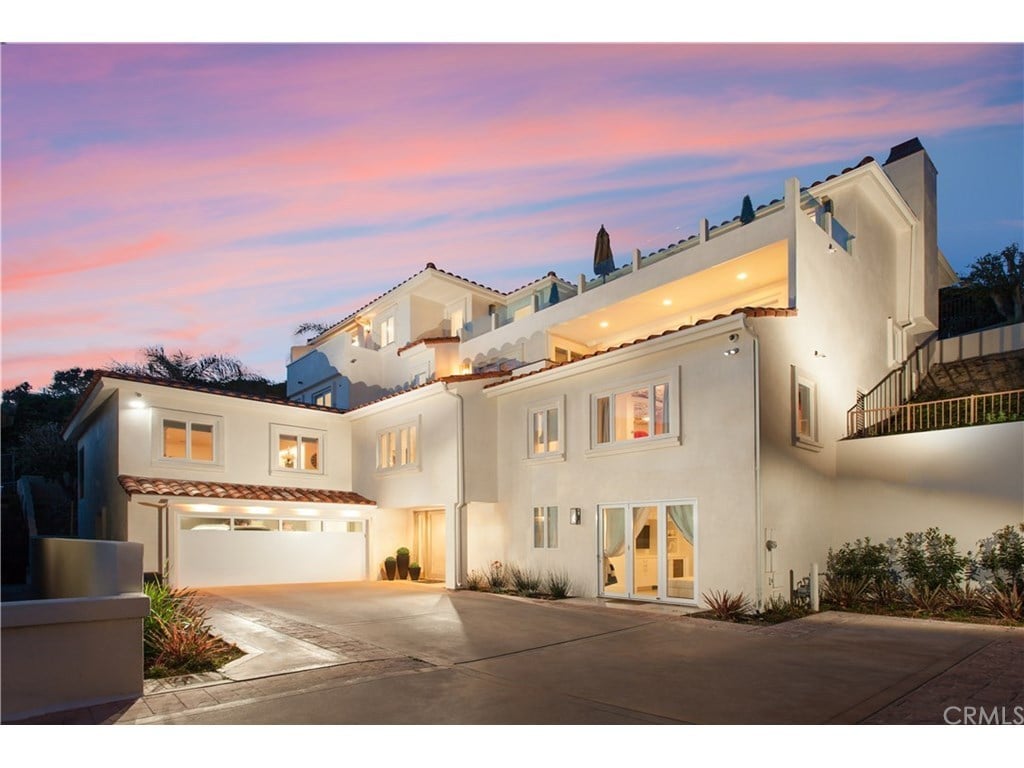 Kelly Dodd is anything but shy and retiring on the Real Housewives of Orange County — and neither is her house. The 42-year-old mother and reality star has reportedly just found a buyer for her opulent Corona Del Mar mansion. The contemporary five-bedroom, five-and-a-half bath home, co-listed with Leo Goldschwartz of the McGonigle Team and Nicole Contreras of Nourmand & Associates, has apparently fetched a whopping $5 million. With over 4,400 square feet of luxurious living space and a killer location overlooking the Pacific, we're not surprised it sold for so much. Fans of the Bravo franchise will recognize the home's beachy open floor plan and dramatic white and gold color palette. The Dodds upgraded the property during a major design overhaul in 2015, leaving every inch of the property styled beyond belief, from the La Cornue range in the kitchen to the crystal chandelier in the master closet. We don't know where Kelly will move next, but given her recent confirmation that she's filing for divorce from husband Michael, we can assume it will be as a single woman.

Related:
Heather Dubrow's Mansion Will Knock Your Manolos Off
Previous Next Start Slideshow
Celebrity HomesThe Real Housewives Of Orange County
Around The Web

Selena Gomez
Selena Gomez Put Her Studio City Home on the Market For $2.39 Million — Take a Look Inside
by Karenna Meredith 3 weeks ago