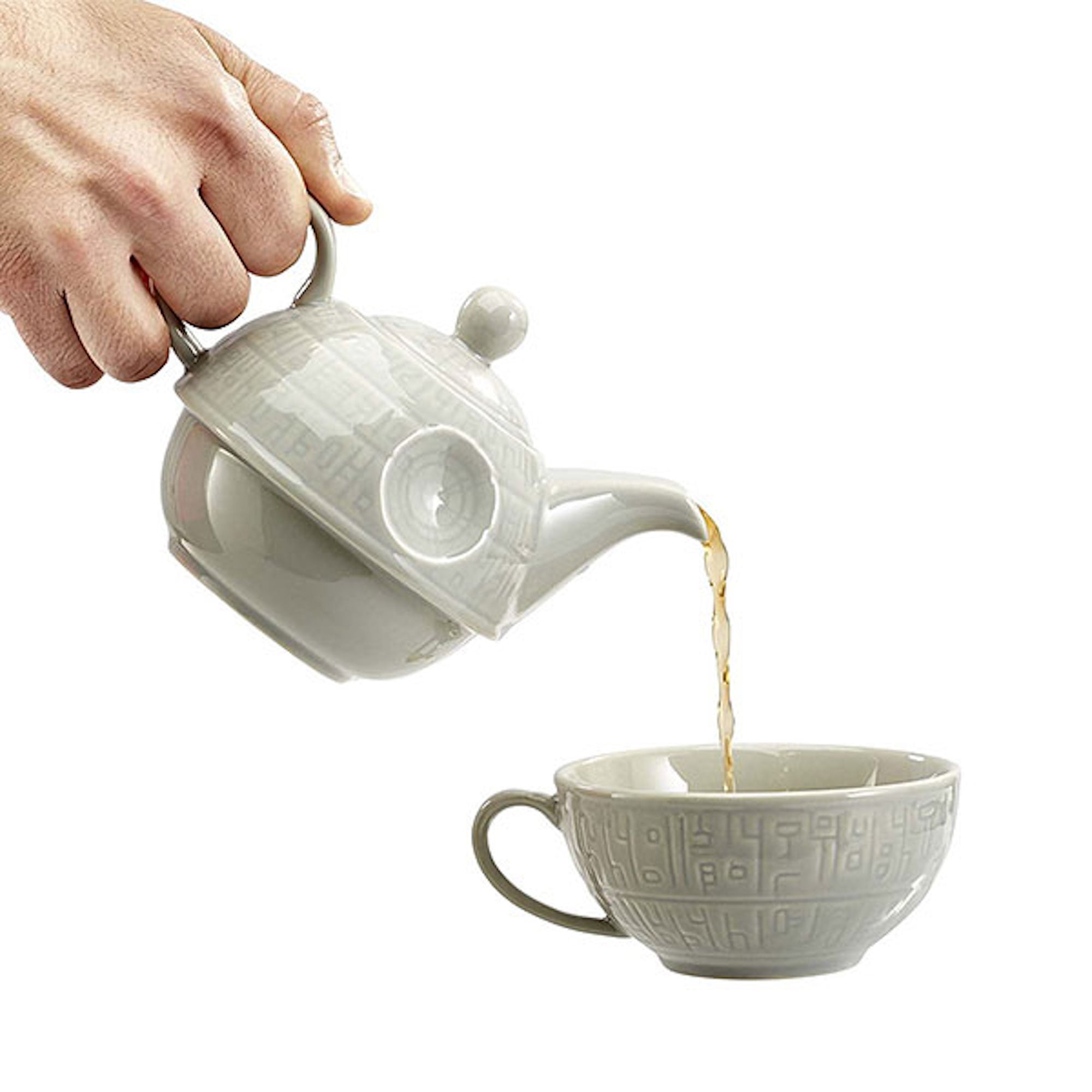 The Force has officially infiltrated everything from our fitness routines to our beauty regimens, and now it has found its way into our kitchens in the form of the coolest damn teapot ever. Whether you're on the dark side or the light, you'll totally obsess over this Death Star teapot that looks just like the laser-shooting space station from the Star Wars movies — except it's about a thousand times smaller and only has the power to obliterate your caffeine cravings, not destroy an entire planet.

This intergalactic kitchen accessory is actually a nifty two-in-one set. The 12-ounce ceramic teapot can be removed and poured into the six-ounce mug base underneath. Such a genius space-saving idea! Ready to infuse your Earl Grey with the Force? Shop for the teapot version of the Empire's Ultimate Weapon below (fatal lasers sold separately).

Related:
There's a Star Wars Bar in LA, and Yes, You Definitely Want to Go There 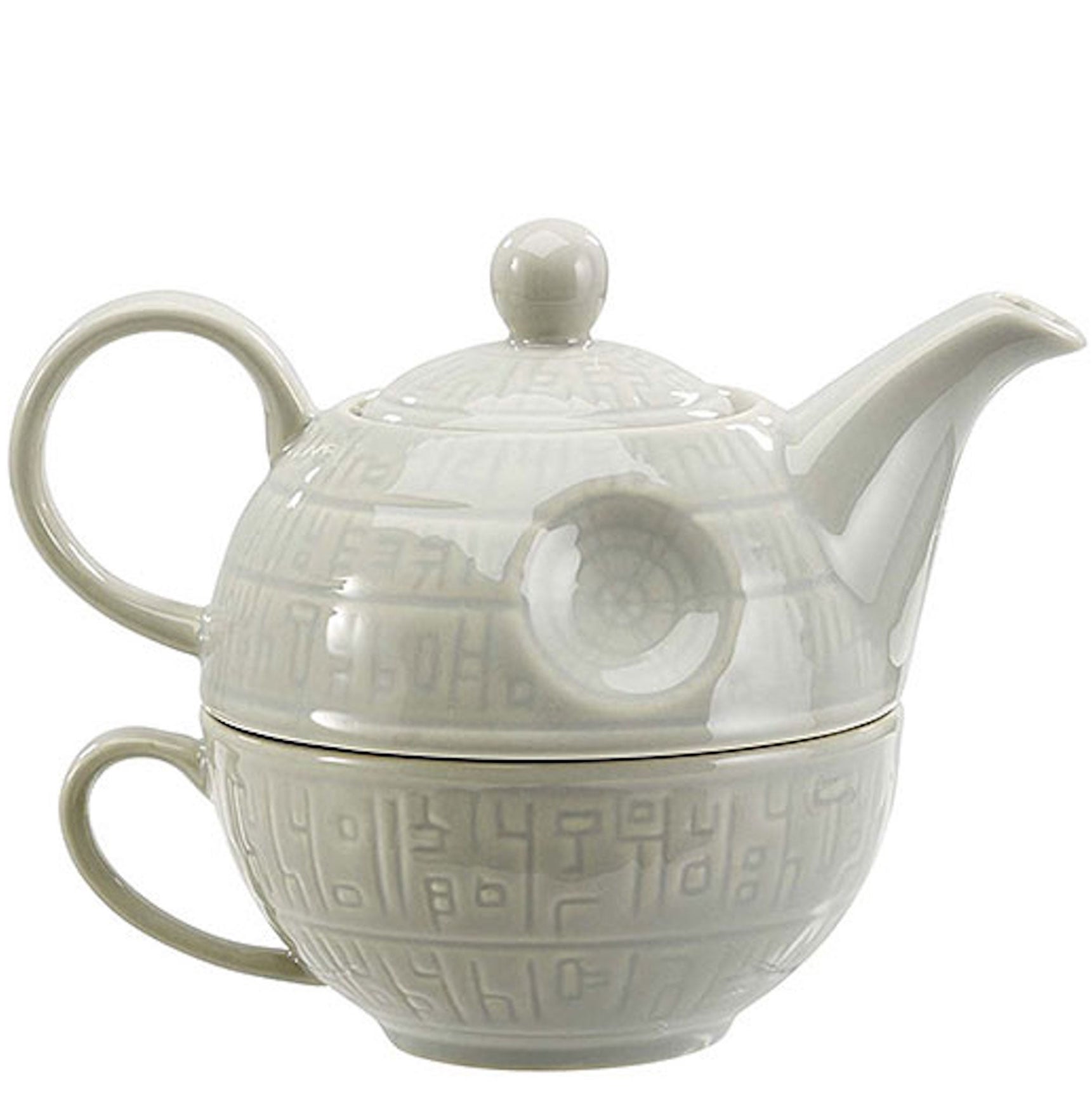 Beauty News
ColourPop Is Launching a Baby Yoda Palette, Inspired by the Cutest Child in the Galaxy
by Karenna Meredith 4 days ago 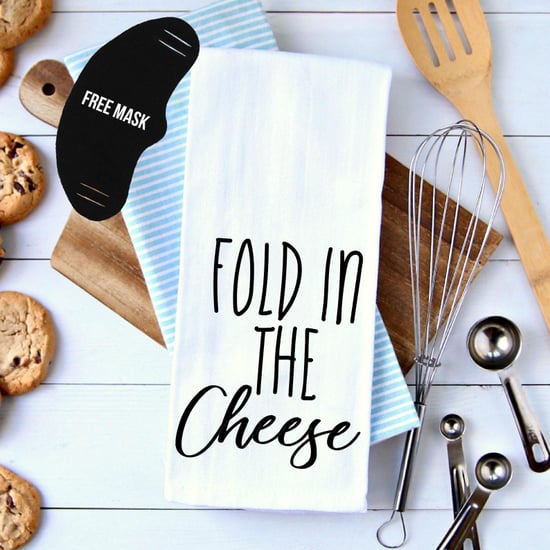