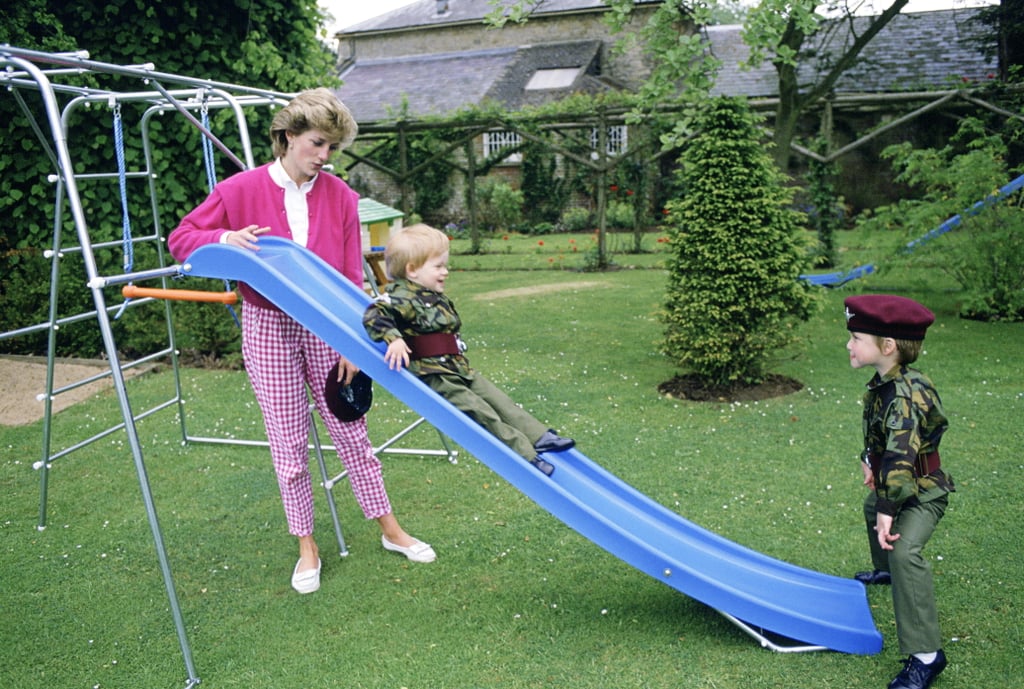 Every weekend during their childhood, William and Harry would head with their parents to Prince Charles's country house, Highgrove. As in Kensington Palace, the nursery took up the whole top floor of the house and was stuffed with toys, Legos, and board games. In the garden, there was a swing and slide set and a small plastic toy house which they would often play in, but even better was their very own tree house.

The hideaway was built in a holly tree, and when the young princes were asked what they wanted it to be like, William requested: "I want it to be as high as possible so I can get away from everyone and I want a rope ladder which I can pull up so no one can get at me."

by Olivia Luppino 5 hours ago