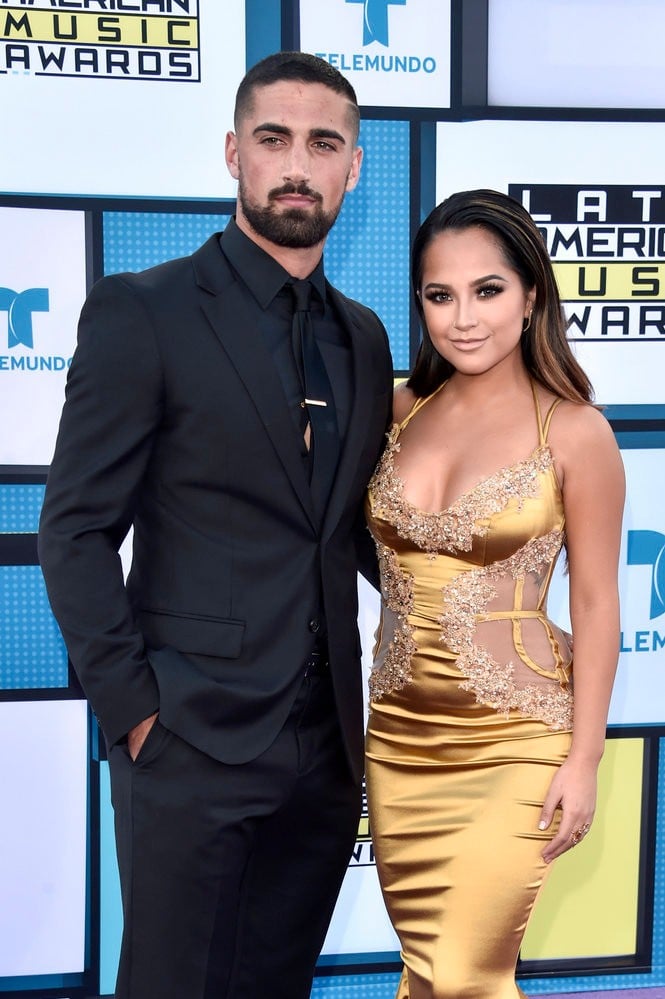 Mexican-American singer Becky G and her soccer player boyfriend Sebastian Lletget just made their red carpet debut as a couple. The pair, who isn't shy about sharing sugary-sweet photos of their dates on their Instagram accounts, showed off their love on the purple carpet at the second Latin American Music Awards at the Dolby Theater in Hollywood, CA, where Becky was performing her new song "Mangu" and took an award for favorite female artist pop/rock.

Though we're pretty sure this is the LA Galaxy team member's first Latin award show red carpet, he was not shy, leaning in for a smooch and holding on tight to Becky's lower back as they posed for photos. Keep reading to check out the pictures, then read Becky's exclusive essay for Hispanic Heritage Month.

Celebrity News
Chrishell Stause Calls Out PCAs For Not Allowing Her to Bring G Flip: "I Was Fighting to Get Them In"
by Njera Perkins 9 hours ago

The Royals
Prince Harry Jokes About His and Meghan Markle's NYC "Date Night": "We Don't Get Out Much"
by Noelle Devoe 10 hours ago