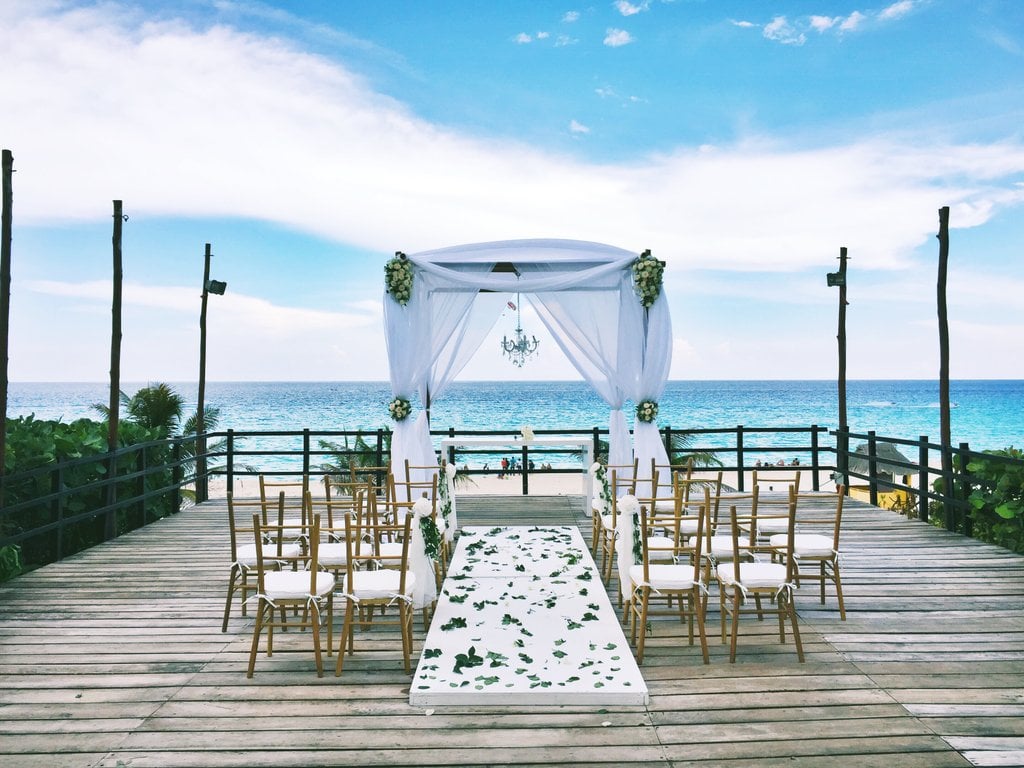 When my fiancé and I got engaged, it was pretty easy to make the decision to have our wedding in his hometown of Monterrey, Mexico. I've never been one to dream about a big wedding, and if we were going to have a party at all, I knew I wanted it to be as low-key and low-cost as possible. Monterrey also made the most sense because most of my fiancé's family is there, while all of my family is scattered between Peru and the United States. But there are several other reasons Latin America is a great place to get married, and why you might want to consider having your wedding there.

It costs significantly less than it would in the States.

My fiancé and I nearly danced with glee upon hearing the price of our reception venue; it is roughly 20 percent of what a similar venue would cost in Houston, TX, (where we live) or another major US city. And bonus: the cost actually includes what would normally be additional fees here, such as catering, décor, and cake. Saving this much money will also allow us to plan a great honeymoon.

Travel costs for guests will be relatively inexpensive.

Since anyone on my side of the family would have to travel no matter what, I was very aware of travel costs from the beginning. Flights to Latin American cities, like Monterrey, are about the same as they would be for any of our guests to travel to a major city in the US (like Houston, TX), and once they arrive, hotel accommodations are much cheaper. You save, they save.

Related:
There's a Selena Song For Every Big Moment at Your Wedding

Everyone we've encountered has supported our decision to keep the wedding to family only.

Maybe that's because we both have large families and that's already nearing 100 invited guests, or maybe it's because people understand you can't invite every single friend to a destination wedding, but whatever the case, we're glad we haven't been pressured to invite anyone and everyone.

It's easy for us to travel back and forth during planning.

If you choose a city close by, you'll have the same experience. Monterrey is only an hour-long flight from Houston, so we will easily be able to travel there at least a couple of times before the big day to choose flowers and find a makeup artist, among other tasks. And for the times we might not be able to make the trip, one of my fiancé's local family members can easily fill in. Other cities to consider with short flights from the States: Cancún in Mexico, Cali in Colombia, Panama City in Panama, Rincón in Puerto Rico, and Peninsula Papagayo in Costa Rica.

We have padrinos eager and willing to help us with some of the cost.

People have balked at the fact that we're not planning to have a registry for gifts. But the truth is, that's an American tradition and our wedding is not being hosted in the US. Not only that, but we have plenty of "stuff" already. I love the idea of having someone contribute to the wedding (in the form of covering the church, rings, or cake, for example) in lieu of a tangible gift. Not only is it a Latin American tradition, but it also adds to the lasting memories the day will hold.