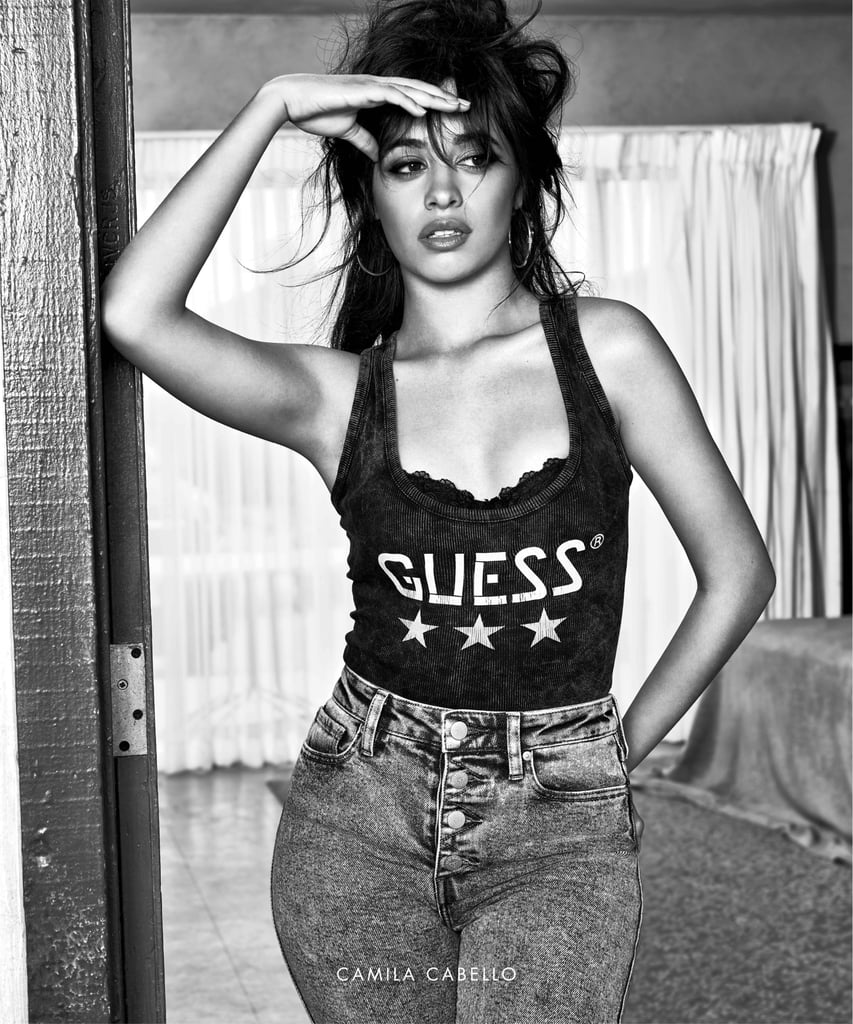 Camila Cabello Is the New Guess Girl, and the Photos Are Sultry

Camila Cabello is continuing her solo track with a major fashion campaign. It's been announced that the "Crying in the Club" singer is the new face of Guess Jeans' Fall 2017 alongside model, Alex Dellisola. As a Guess Girl, Camila is following the steps of big names, like Claudia Schiffer, Drew Barrymore, Adriana Lima, and Gigi Hadid.

"I couldn't be more excited to partner with Guess on this incredible campaign," Camila said in a press release. "I've grown up loving their aesthetic and not in my wildest dreams did I ever think I'd be lucky enough to be a part of it."

In the black and white photos, Camila is modeling the women's collection, which will feature lots of oversize denim jackets, cutoff shorts, and high-waisted skinny jeans. Keep scrolling to see the rest of the photos that have been released so far.

Related:
Camila Cabello's Style Is Nothing Like It Used to Be — and We're Not Mad About It
Previous Next Start Slideshow
GuessCelebrity StyleCamila CabelloAds
Around The Web

Anne Hathaway
Why Yes, Queen Anne Hathaway Dressed to the Nines For Her Virtual Movie Premiere
by Victoria Messina 4 days ago