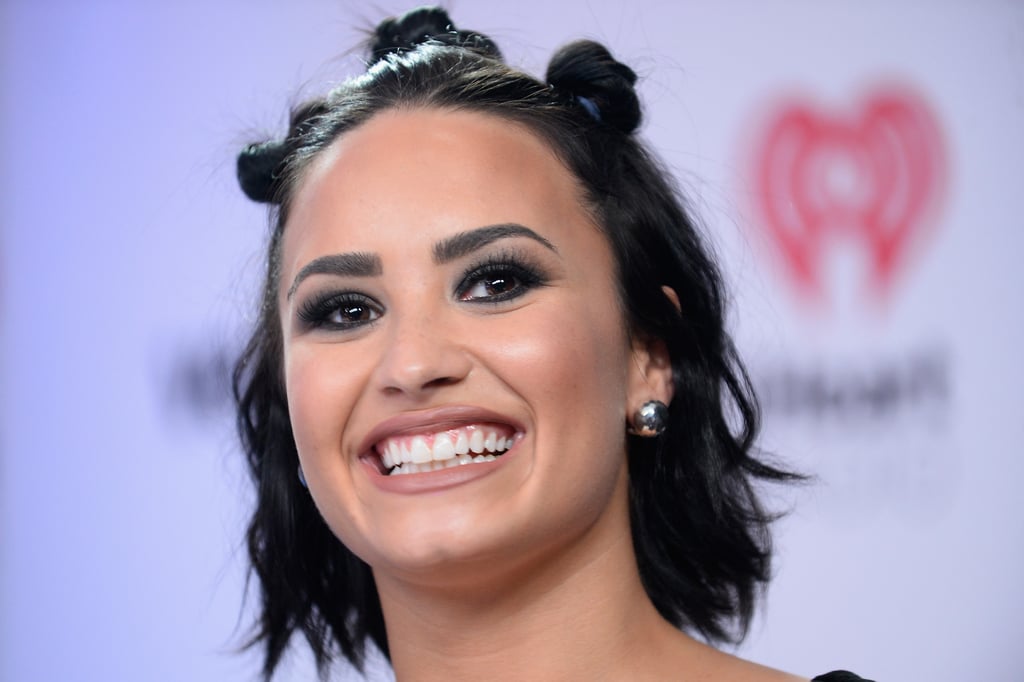 Demi Lovato kicked off the iHeartRadio Music Festival in Las Vegas, keeping up her cool-girl vibe among artists like Kanye West, Sam Smith, and BFF Nick Jonas. The singer first rocked the MGM Grand Garden Arena in a preshow interview with Z100's Elvis Duran. She wore an edgy minidress and supertrendy hair (she's single-handedly bringing the '90s back, you guys, and it's the best!) and took her look to the next level when she hit the stage in a sexy bodysuit and a cropped fur jacket.

During her energetic performance, Demi perform her new single, "Confident," live for the first time, plus everyone's Summer jam "Cool For the Summer", even paying homage to the '90s (again!) with a special performance of "Jumper" by Third Eye Blind alongside the band's lead singer Stephen Jenkins.

As for Demi's longtime love Wilmer Valderrama and new puppy Batman? They were there, too! Demi even joked about wanting to be called "Batmom." Keep scrolling to see pictures of Demi's stunning looks and her cute moments with Wilmer and Batman, then take a look at photos that will make you fall in love with Batman.

Kanye West
Kanye West's Donda Album and My College Experience Have 1 Thing in Common: A Dorm Room
by Grayson Gilcrease 4 days ago