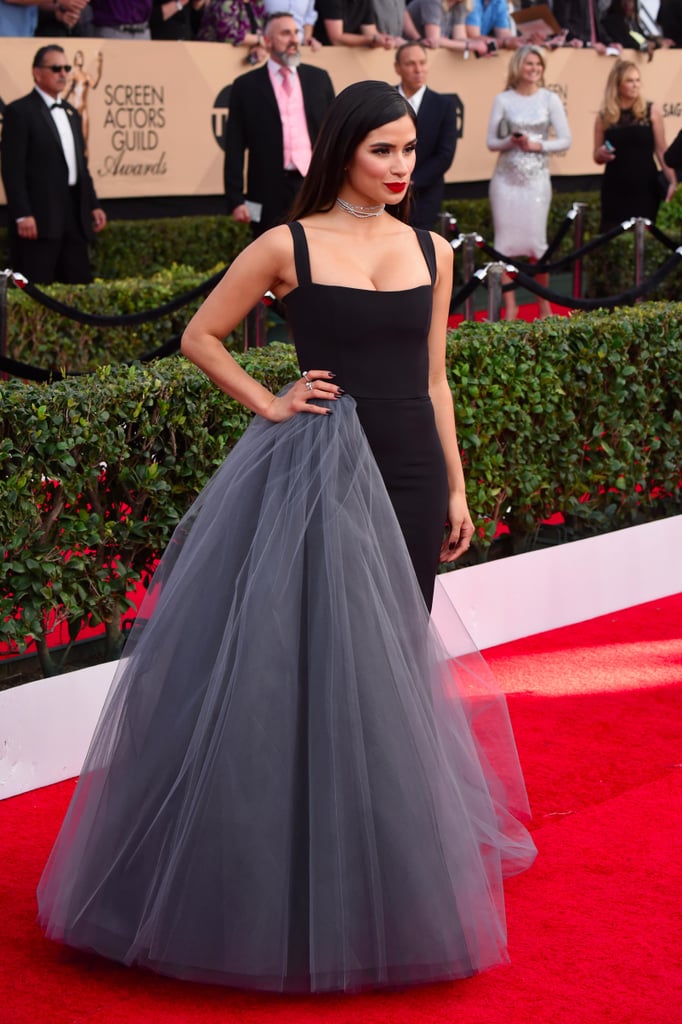 When you have not one but two amazing shows and one of them is nominated, you wear the big dress and make the red carpet yours, and that's what Colombian-American actress Diane Guerrero did at the 2017 SAG Awards. The Jane the Virgin and Orange Is the New Black star wore a cascading Christian Siriano tulle-overlay gown that was, to put it simply, hot!

Diane couldn't have chosen a more perfect dress (paired with jewelry from Coomi and Tacori) to wear for her win for outstanding performance by an ensemble in a comedy series for her role in the Netflix favorite. But even if she hadn't taken the award with her cast, Diane was ready to have fun, as demonstrated by how "extra" she was being as she got ready for the night — her words, not ours. Scroll ahead to see that video and more photos of her dress, then admire her beauty.