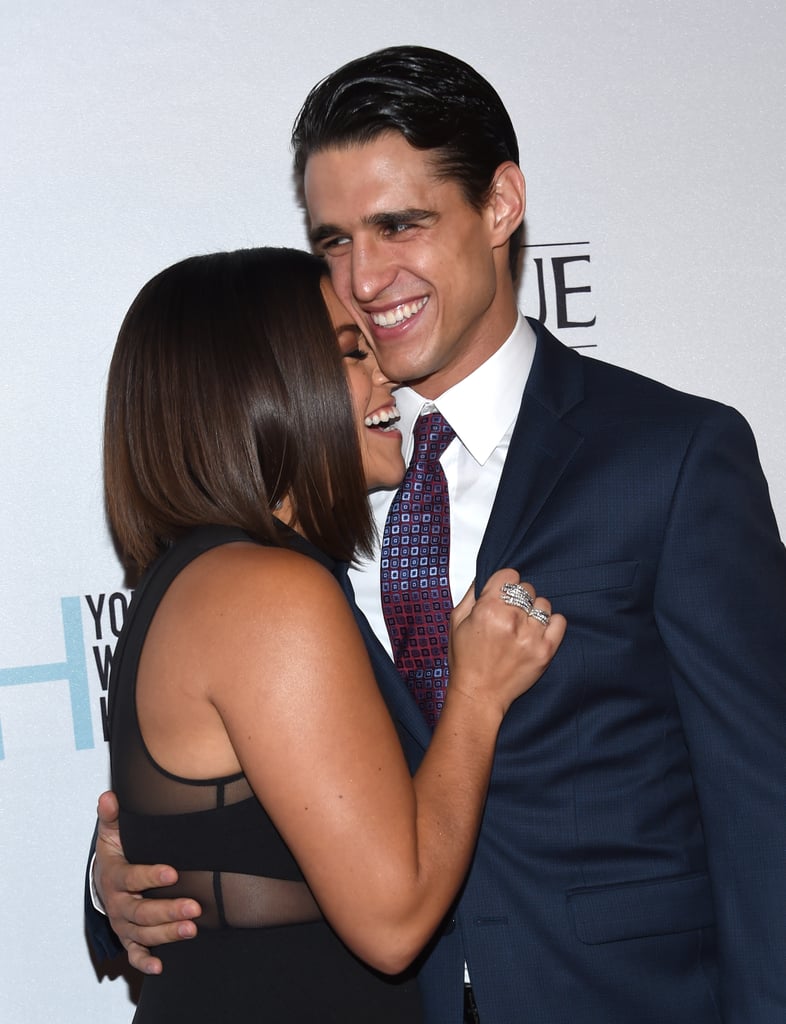 On Nov. 19, Gina Rodriguez hosted and executive produced Marie Claire's first-ever Young Women's Honors gala and looked like she had the best night ever while doing it. The gala is meant to be an annual ceremony that celebrates female millennials shaping their industries. Though Gina had the responsibility of overseeing and hosting the evening, she wasn't flying solo.

In attendance with the Jane the Virgin star was model-turned-actor Joe LoCicero. Gina had previously stated she was seeing someone in a tweet in early November, however, this was the couple's first public appearance . . . and it was pretty damn cute. As they posed for pictures on the red carpet, the pair couldn't stop looking at each other and giggling.

The full event will air on the CW on Dec. 19. For now, look ahead for pictures of Gina's big night.