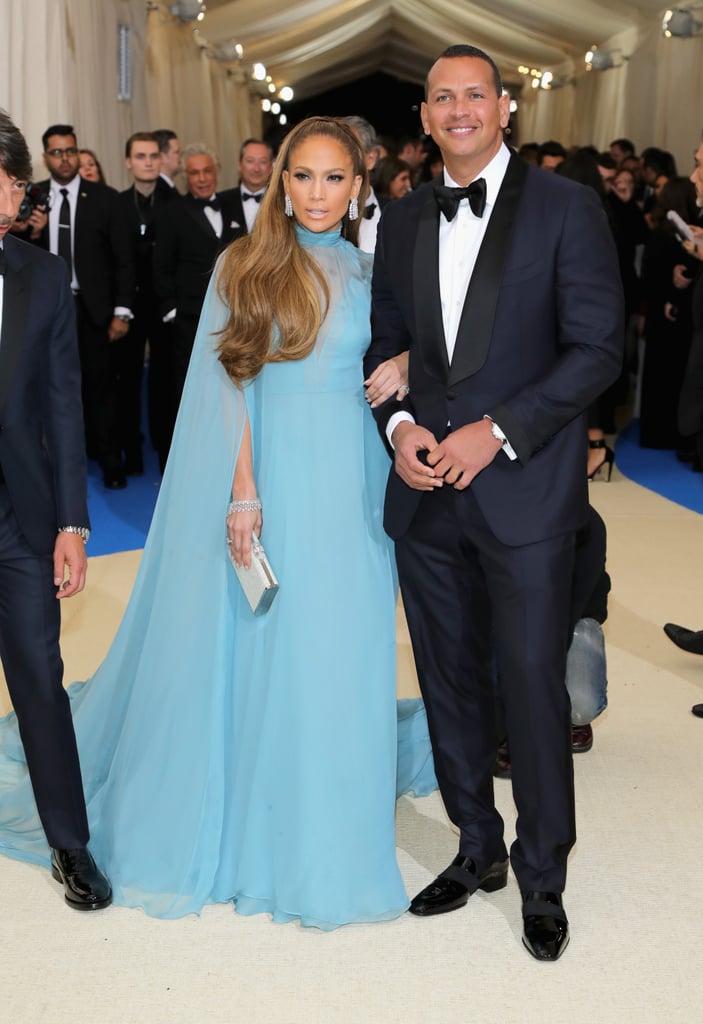 Jennifer Lopez and Alex Rodriguez have officially made their red carpet debut, and, of course, they did it at the most fashionable event of the year.

The new couple showed up at the 2017 Met Gala and ours jaws quite literally dropped. Jennifer looked ethereal in a floor-length dusty blue Valentino dress and stunning Harry Winston jewels. Alex was right by his lady's side in a dapper navy blue tux. The former baseball player, whom J Lo called her "macho bello" on Instagram, walked the red carpet with his hand around J Lo's and the look of love in his eyes.

This look is very different from the chill one J Lo rocked mere hours before the Met Gala while on a date with ARod in NYC or even the barely there naked dress she wore at the Latin Billboard Awards while going solo.

Keep scrolling to see the couple practically float down the red carpet.