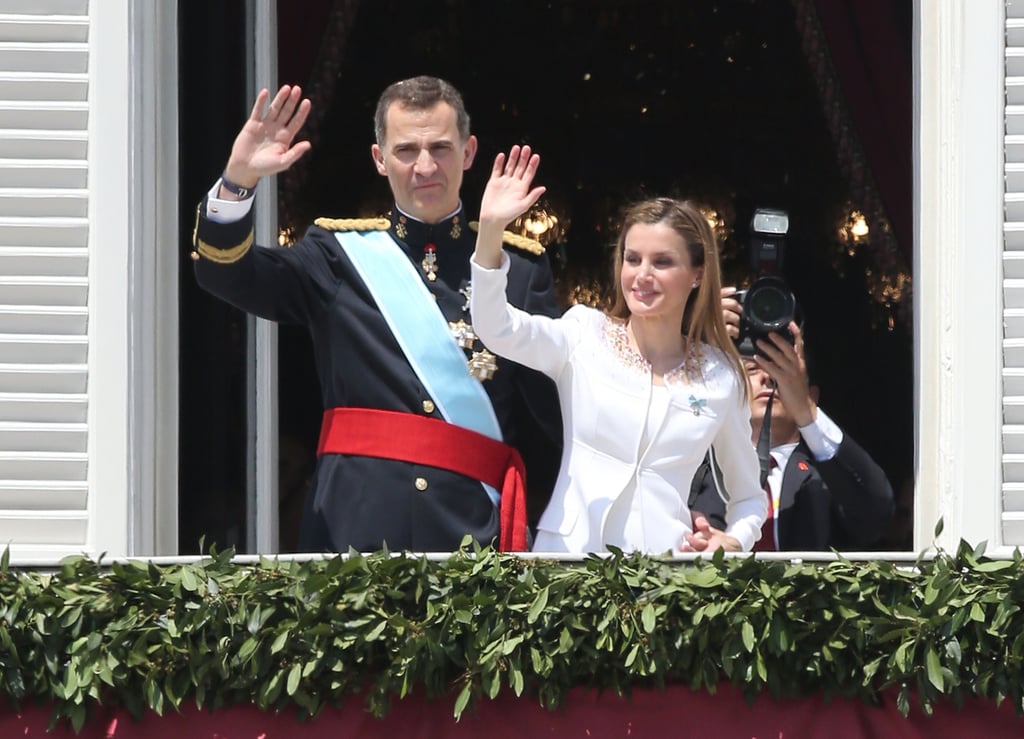 Three years ago, on June 19, 2014, then-Prince Felipe VI took over the Spanish crown from his father, King Juan Carlos, in a ceremony that quite honestly wasn't that lavish at all. Unlike Queen Elizabeth's coronation in 1953, which featured scepters, orbs, crosses, swords, and, of course, a jeweled crown, Felipe VI's coronation involved simply standing in front of congress and completing an oath.

After a 39-year reign, King Juan Carlos abdicated the crown to his oldest son after a few health scares and a series of financial scandals involving his daughter Infanta Cristina in a low-key ceremony at the Congress of Deputies in Madrid. In front of parliament, Letizia looked on as Felipe promised to uphold the constitution in a pledge that took barely 30 seconds. The new king didn't wear a crown or even a special outfit to the ceremony, he simply donned his military uniform, while his wife, Queen Letizia, wore a white coat by Spanish designer Felipe Varela and his two daughters showed off matching dresses with bow details.

After the ceremony, the royal family headed to the Palace of Zarzuela in an open-top car so King Felipe could wave as thousands of monarchy fans cheered for him. Once at the palace, the new king and queen waved from a balcony, even sharing a kiss. Scroll ahead to see the best photos of the day.

Related:
We Will Never Get Over Queen Letizia and King Felipe VI's Wedding — See All the Photos
Previous Next Start Slideshow
Queen LetiziaThe RoyalsNostalgia

The Tonight Show Starring Jimmy Fallon
Kenan Thompson Teases the "Good Burger" Sequel: "We're Working Harder on It Than Ever"
by Njera Perkins 21 hours ago