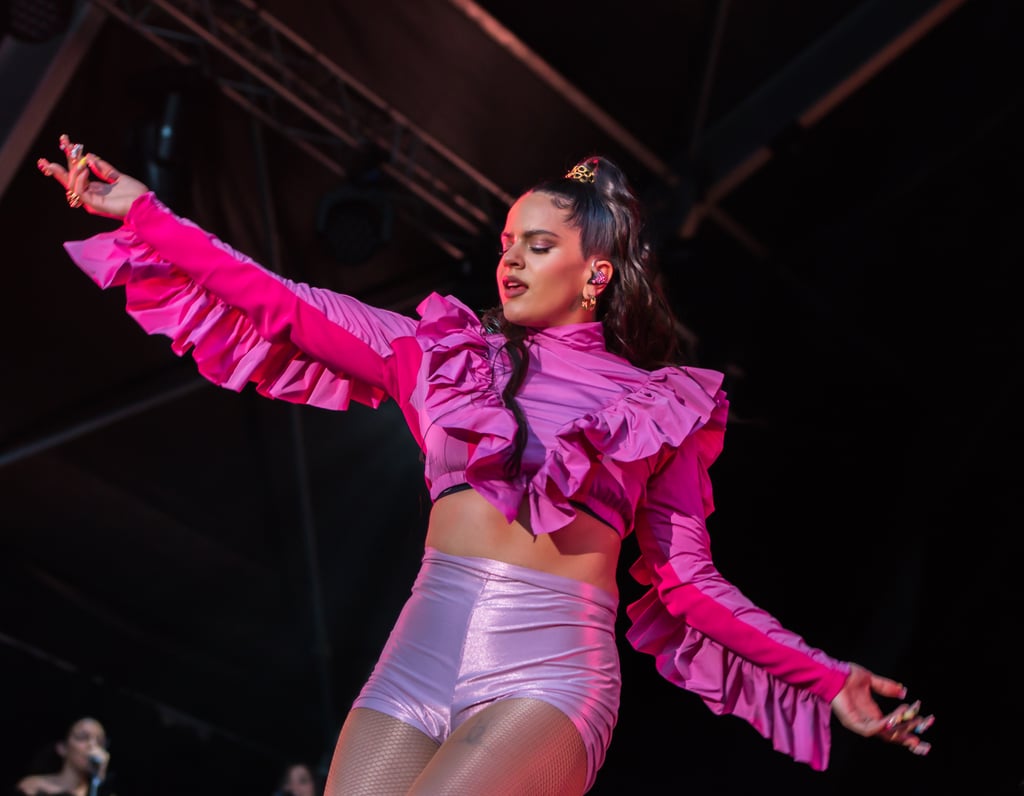 Rosalía, J Balvin, and CNCO Are Representing Latinx in the MTV VMAs Nominations

Latinx have their space in the MTV VMAs nominations this year. Rosalía, J Balvin, Cardi B, Camila Cabello, and CNCO are some of the names in the running for a coveted Moon Man — and not necessarily in the best Latin category. This proves that once again, Latinx music is transcending markets, and language is not an impediment when you have catchy rhythms and visually stunning music videos.

This year's VMA nominations include dozens of artists whose reach and influence have elevated the music industry and global cultural conversation. Ariana Grande and Taylor Swift lead the nominations with 10 nods each in categories including video of the year, song of the year, and best pop. But the Latinx are definitely making themselves seen, with Camila Cabello, Cardi B, and J Balvin grabbing four nominations each, and Rosalía following up with three.

"It's been an incredible year in music, and this group of nominees perfectly reflect the rich pop music landscape," said Bruce Gillmer, head of music and music talent at Viacom and cobrand head at MTV International. "We can't wait to see the outcome, once the fans weigh in. It's going to be an awesome, unforgettable evening!"

Beginning today, fans can vote for their favorites across 14 gender-neutral VMA categories, including video of the year, artist of the year, best collaboration, and more by visiting vma.mtv.com until Thursday, Aug. 15. Voting for the best new Artist award, presented by Taco Bell, will remain active until the VMA broadcast. Fans on Twitter and Facebook Messenger can also slide into VMAs' DMs to cast an additional vote for video of the year, song of the year, and more.

And if you wanted even more ways to vote, launching this week, fans will be able to ask Alexa to "vote for the VMAs" for artist of the year within the MTV skill on Alexa-enabled devices.

The 2019 MTV VMAs will be broadcasted on Aug. 26, 2019 from the Prudential Center in Newark, NJ for the first time in its history. Sebastian Maniscalco will host the ceremony. Keep scrolling to see the categories in which these Latinx artists are nominated.

Music
Everything to Know About J-Hope's Debut Album, "Jack in the Box"
by Pallavi Bhadu 17 hours ago